Barbara Browning and Sébastien Régnier, WHO THE HELL IS IMRE LODBROG? (or Interdisciplinary, Collaborative Approaches to Art, Study and Life)

Barbara Browning and Sébastien Régnier, Who the Hell is Imre Lodbrog?

In Barbara Browning's eyes, Imre Lodbrog is the greatest aging French rock star you've never heard of, with the appeal of Leonard Cohen, Bob Dylan or Serge Gainsbourg on shrooms, For Imre Lodbrog, music is an alter-ego experience - a late-in-life outlet for a mild-mannered screenwriter deeply shaped by the generation of May 68. Both ask the same question: what revolution has wreaked more havoc and beauty than rock 'n' roll? And why do a certain few geniuses inside every revolution go silent and unrecognized?

Barbara Browning and Sébastien Régnier have been collaborating on research, writing, music-making and life for about four years, presenting their work at academic conferences, experimental theatre spaces, and dive bars from Tokyo to Vilnius, Brighton to Puerto Viejo. This presentation will include short readings from their new book Who The Hell Is Imre Lodbrog?, videoworks, and a short concert of songs from their eponymous new album Imre Lodbrog et sa Petite Amie.

Barbara Browning teaches in the Department of Performance Studies at Tisch, NYU. In addition to her academic books, she has published three ficto-critical novels: The Gift (or, Techniques of the Body), I'm Trying To Reach You, and The Correspondence Artist.

Sébastien Régnier is an award-winning screenwriter (Kabloonak, Martha Martha) from France. He's been writing songs, fiction and other things for a very long time. He performs and records under the artistic name Imre Lodbrog.

THE CENTER FOR EXPERIMENTAL HUMANITIES (est. 2017): little stabs at happiness 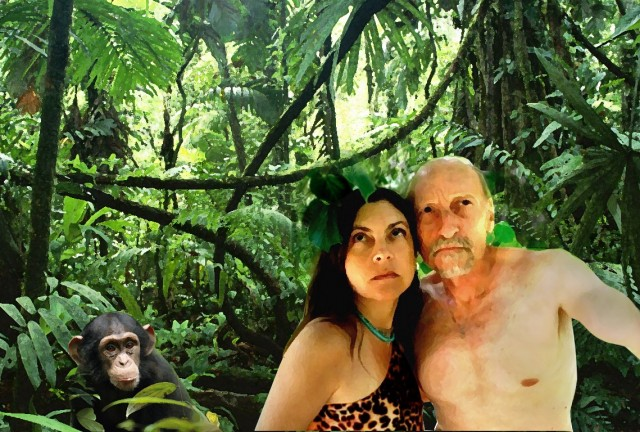