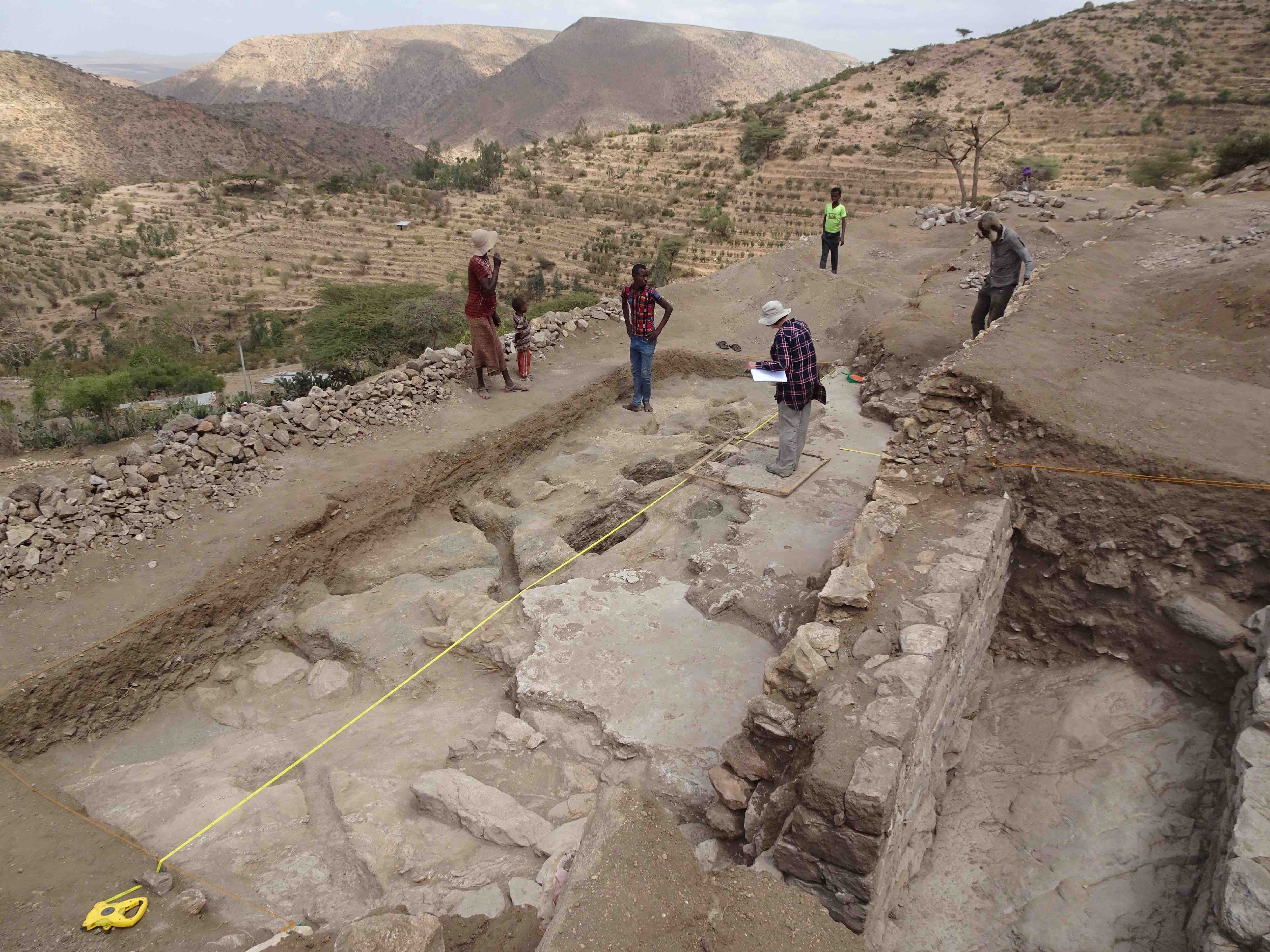 "BECOMING MUSLIM. THE ARCHAEOLOGY OF ISLAMISATION AND TRADE IN EASTERN ETHIOPIA"

The abandoned city of Harlaa located 120 km from the Red Sea coast in eastern Ethiopia was occupied between the 7th-15th centuries AD, and has provided significant new information on the role of Ethiopia in the medieval Islamic World. Harlaa was an important gateway for Islam, and an entrepot supplying maritime and land-based trade networks, based on industries such as mining, and jewelry production in dedicated workshops. The wealth of Harlaa appears to have been immense with elaborate stone-built architecture, and material such as glass vessels, glass and semi-precious stone beads, copper and silver coins, Chinese and Middle Eastern ceramics, and shell, imported from India, Sri Lanka, Egypt, Iran, Central Asia, and Yemen. Burial, dietary, and epigraphic evidence indicate a cosmopolitan community, Muslim, and non-Muslim, and one that was instrumental in the gradual Islamisation of eastern Ethiopia, and which also seems to have been responsible for the founding of the extant city of Harar. In the absence of historical sources, archaeology is indicating that rather than being peripheral, medieval eastern Ethiopia had an important role within the Islamic world.

Timothy Insoll is Al-Qasimi Professor of African and Islamic Archaeology at the Institute of Arab and Islamic Studies, University of Exeter, where he is also the Director of the Centre for Islamic Archaeology. He was educated at the Universities of Sheffield and Cambridge. He has 31 years fieldwork experience in Africa, Asia, and the Middle East and prior to his project in Ethiopia completed research in Bahrain, India, Ghana, Mali, and Zanzibar. He is the author or editor of 21 books and special journal issues, as well as many academic papers.

This event will take place as a live Webinar at 12:30pm EST (New York time). To register as an attendee, please use the following link:
https://nyu.zoom.us/webinar/register/WN_CepmydxmQsyP2aHtG5B31A
Only registered attendees will be able to access this event.