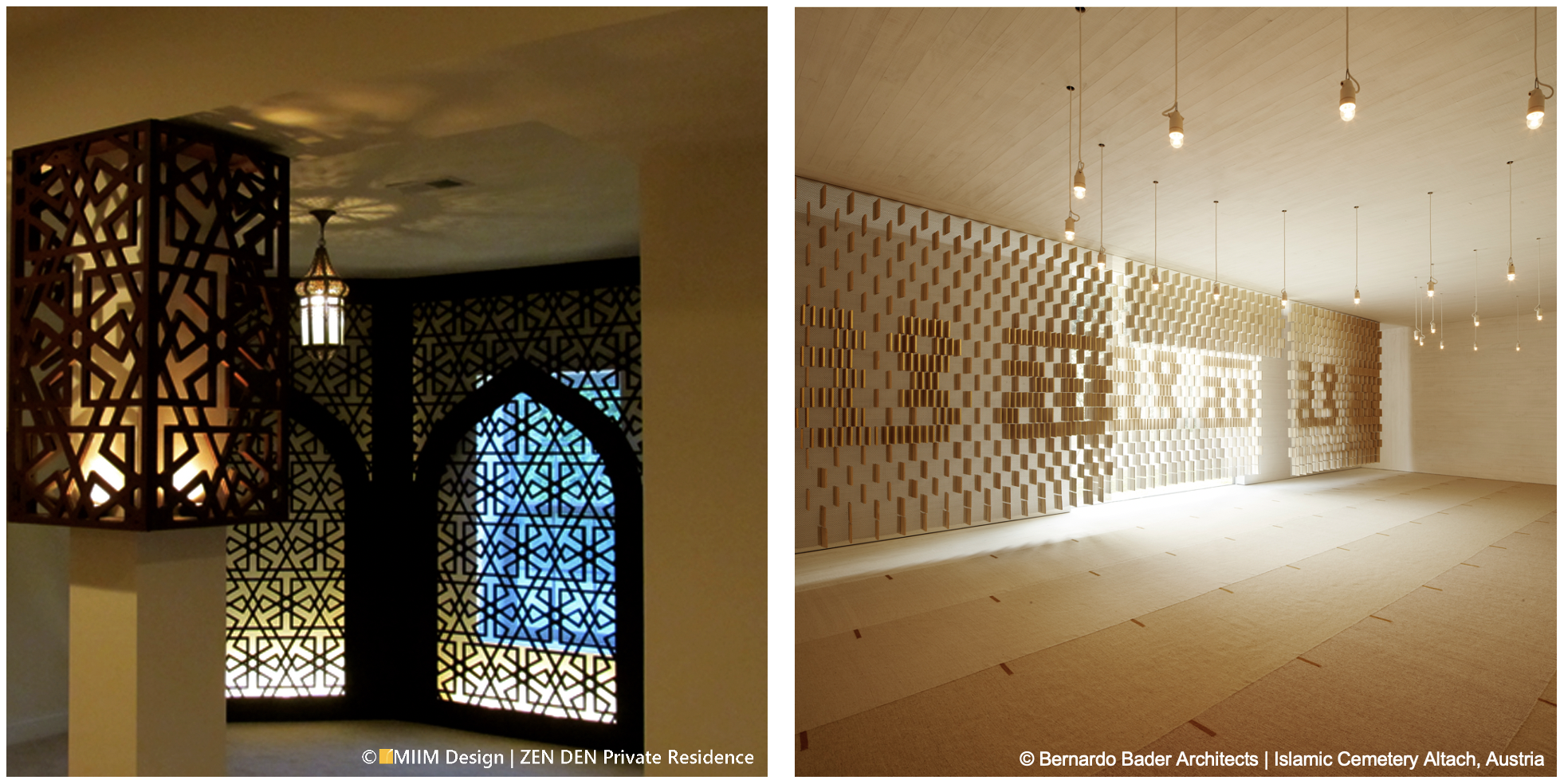 At a moment of heightened social tensions and cultural fragmentation, this panel revisits an age-old question: can architecture contribute to the construction of more inclusive societies, respectful of different cultural needs, practices, and traditions?

Taking its cue from a recent publication, Architecture of Coexistence: Building Pluralism (ArchiTangle, 2020), edited by Azra Akšamija (MIT), the panel brings together practicing architects and architectural historians. It considers the case of contemporary architecture of Muslim communities in the US and Europe. Among the topics to be discussed are the relationship between identity and form, the role of migration and diasporas in fostering architectural transformations, and the potential of contemporary architecture to foster cultures of co-existence, diversity and inclusion at a critical moment in our shared histories.

Abstract: The contemporary mosque features a number of transformations and interstices characteristic of all religious architecture—such as the obvious functional passage from secular to sacred space—yet the mosque in Europe embodies another feature of liminality: otherness. This liminality, taken as a transition toward or away from the other, underscores the mosque’s political significance. I will discuss how what I call 'the emancipated mosque' is one strategy that plays a role in smoothing this passage (east to west or west to east), where both clients’ and architects’ political stance adheres to the discourse of pluralism and globalization, and becomes commensurate with a will to creativity.

Bio: Nebahat Avcıoğlu (Associate Professor, Hunter College, and Affiliated Faculty, the Graduate Center, CUNY) specializes in Islamic architecture and art with a particular emphasis on Ottoman/European cultural encounters. She is the author of Turquerie: Politics of Representation, 1737-1876. Her recent publications include ‘Jeux de miroir: Architecture of Istanbul and Cairo from Empire to Modernism’ (with M. Volait) (2017); ‘Immigrant Narratives: The Ottoman Sultan Portraits in Elisabeth Leitner’s Family Photo Album of 1862-1873’ (2018). ‘Towards a New Typology of Modern and Contemporary Mosque in Europe, Including Russia and Turkey’ (2020). She is finishing a new book manuscript The Modern and Contemporary Mosque: A Cross-Cultural Analysis.

Title: The Architecture of Coexistence

Abstract: Drawing from her recent book, The Architecture of Coexistence (ArchiTangle, 2020), Akšamija’s talk will explore how built forms can give shape to a more open, pluralist society, highlighting three internationally renowned projects that have received the Aga Khan Award for Architecture in Europe: the White Mosque in Visoko, Bosnia-Herzegovina (1980); the Islamic Cemetery Altach, Austria (2012); and Superkilen park in Copenhagen, Denmark (2011). Architecture of Coexistence, Akšamija argues, is about the capacity of architecture to connect people on the human scale, to bridge ostensibly opposing world views in the service of co-creation. Building pluralism means designing and curating social processes that allow for acceptance of difference through a better understanding of each other’s qualities. And finally, it is about the capacity of good architecture to transcend petty identity politics. It is about overcoming social alienation through playful, sensory experiences of space, symbols, materials, color, and light that appeal to us as humans.

Bio: Azra Akšamija, Ph.D. is an artist and architectural historian. She the founding Director of the MIT Future Heritage Lab (FHL) and an Associate Professor in the MIT Program in Art, Culture and Technology (ACT). Her work explores how social life is affected by cultural bias and by the deterioration and destruction of cultural infrastructures within the context of conflict, migration, and forced displacement. Akšamija is the author of Mosque Manifesto: Propositions for Spaces of Coexistence (2015) and Museum Solidarity Lobby (2019), and the editor of Architecture of Coexistence: Building Pluralism (2020). Her artistic work has been exhibited in leading international venues, including the Generali Foundation Vienna, Liverpool Biennial, Secession Vienna, the Royal Academy of Arts London, Queens Museum of Art in New York, Design Week Festivals in Milan, Istanbul, and Amman, and the Fondazione Giorgio Cini as a part of the 54th Art Biennale in Venice. Her most recent work was shown at the Sharjah Museum of Islamic Civilization (2019), the Aga Khan Museum in Toronto (2020), and Venice Architecture Biennale (2020). She holds Masters degrees in Architecture from Graz University of Technology (2001), Princeton University (2004), and a Ph.D. from MIT (2011). She received the Aga Khan Award for Architecture 2013 for her artistic design of the prayer space in the Islamic Cemetery Altach, the 2019 Art Prize of the City of Graz, and an honorary doctorate from the Monserrat College of Art, 2020.

Abstract: While the politics of building typology is not new, Muslim communities are often challenged by many political issues when it comes to establishing the basic building typologies within the fabric of American cities. Such issues include gerrymandering, redlining and socio-economic pressures. The architectural programming of these building typologies can resolve many of these issues through the building of architecture and urbanism. In this lecture, Maryam will talk about the roles, ethical practice and the agency of the architect in this process and their impact within social processes that are inherently political, especially in designing and building the public domain.

Bio: Maryam Eskandari is founding principal of MIIM Designs LLC – a multi-disciplinary architecture and urbanism design studio based in Los Angeles and Boston. MIIM is a two-time recipient for the National Endowment for the Arts Award and in 2014, Maryam was a recipient for the Women Entrepreneur Award at the White House under President Barack Obama. She has taught architecture and urbanism at Harvard University, Boston Architectural College, and California State Polytechnic University, Pomona.  Maryam served as a Founding Board Director for Open Architecture Collaborative, Harvard Iranian Alumni Association, Harvard University FDR Foundation, and is on the Advisory Board for the 1947 Partition Archives - India.

This event will take place as a live Webinar at 12:30pm ET (New York time). To register as an attendee, please use the following link:
https://nyu.zoom.us/webinar/register/WN_yH6B1XHSRwKUF1JPuk4gqg
Only registered attendees will be able to access this event.

Co-sponsored by NYU's Center for Religion and Media, and Department of Religious Studies.