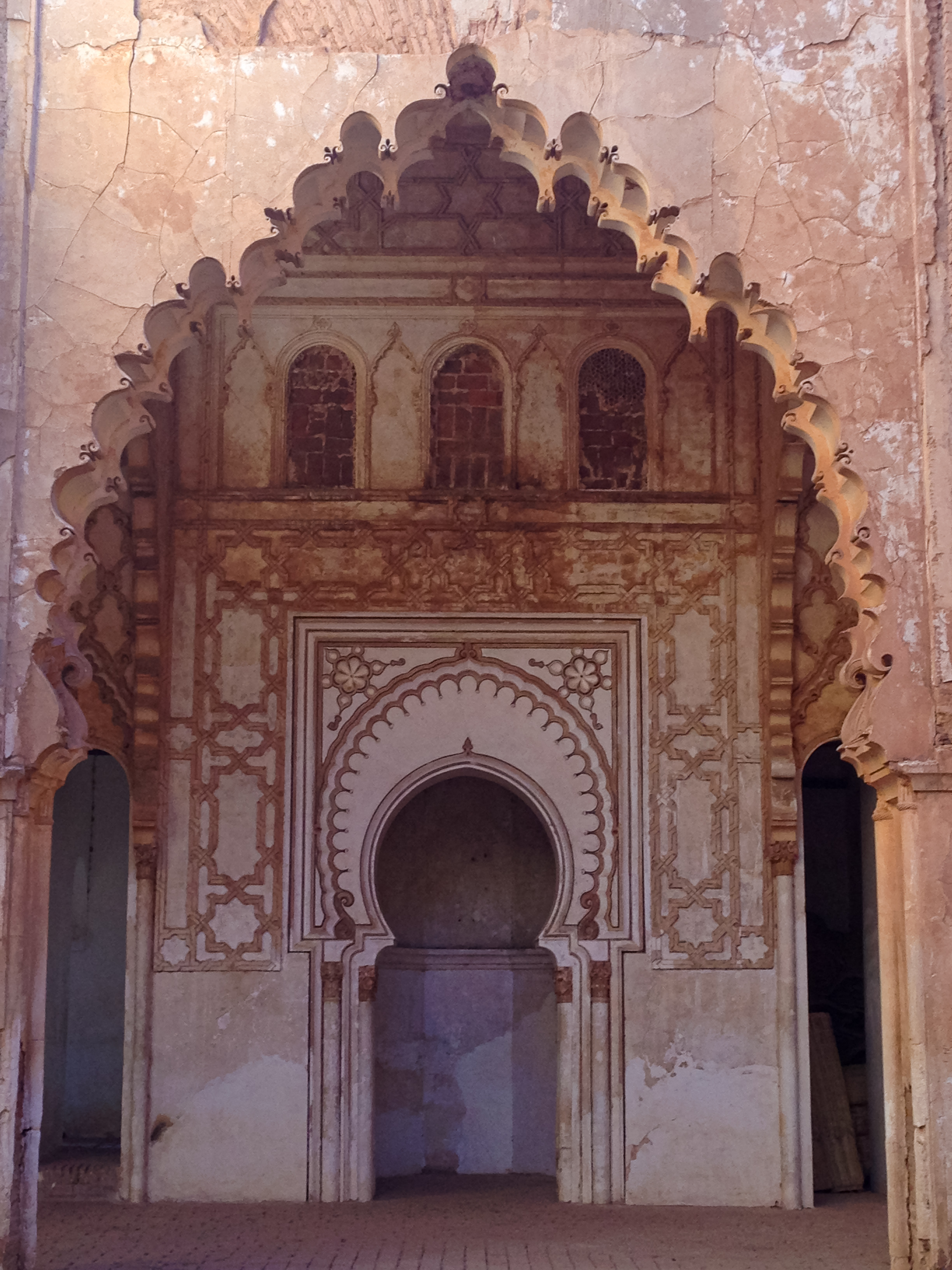 The Islamic west has long fallen in between disciplinary and regional boundaries, leading to a fragmented field that lacks a substantial language to discuss its subject. Generations of scholars have treated northwest Africa as if it were a passive recipient of influences from elsewhere. In a dialogue exploring the artistic contributions of the medieval Almoravid and Almohad dynasties, Abigail Balbale and Abbey Stockstill discuss the possibilities for new methodologies and approaches to the visual culture of the Maghrib.

Abbey Stockstill received her B.A. in Near Eastern Languages and Civilizations from the University of Pennsylvania, and her Ph.D. in the History of Art and Architecture from Harvard University, before taking up a post as Assistant Professor in Medieval Islamic Art & Architecture at Southern Methodist University in 2018. Her work focuses on the intersection of architecture, landscape, urbanism, and identity in the medieval Mediterranean. She is currently working on a book manuscript that examines the development of Marrakesh in the twelfth century as a dynastic capital that speaks to both its regional precedents and its local heritage.

Abigail Krasner Balbale is Assistant Professor of Islamic History in the Department of Middle Eastern and Islamic Studies at New York University. Balbale teaches and researches at the intersection of history, art history and Islamic studies, bringing together written, visual and material sources alongside theoretical frameworks to explore the history of the Islamic Middle Period. She received her PhD in History and Middle Eastern Studies from Harvard in 2012, and previously taught at Bard Graduate Center and the University of Massachusetts Boston. She has published articles on jihad and holy war ideology, the art and architecture of the Almohad dynasty, the historiography of al-Andalus, and Arabic amulets and coinage, as well as co-edited two books, Justice and Leadership in Early Islamic Courts (Harvard, 2017) and Spanning the Strait: Studies in Unity in the Western Mediterranean (Brill, 2013). With Jerrilynn Dodds and María Rosa Menocal she co-authored the prize-winning book The Arts of Intimacy: Christians, Jews and Muslims in the Making of Castilian Culture (Yale, 2008). She is the recipient of a 2018 National Endowment for the Humanities fellowship, and has previously been awarded grants from the Medieval Academy of America, ACLS and the Mellon Foundation.