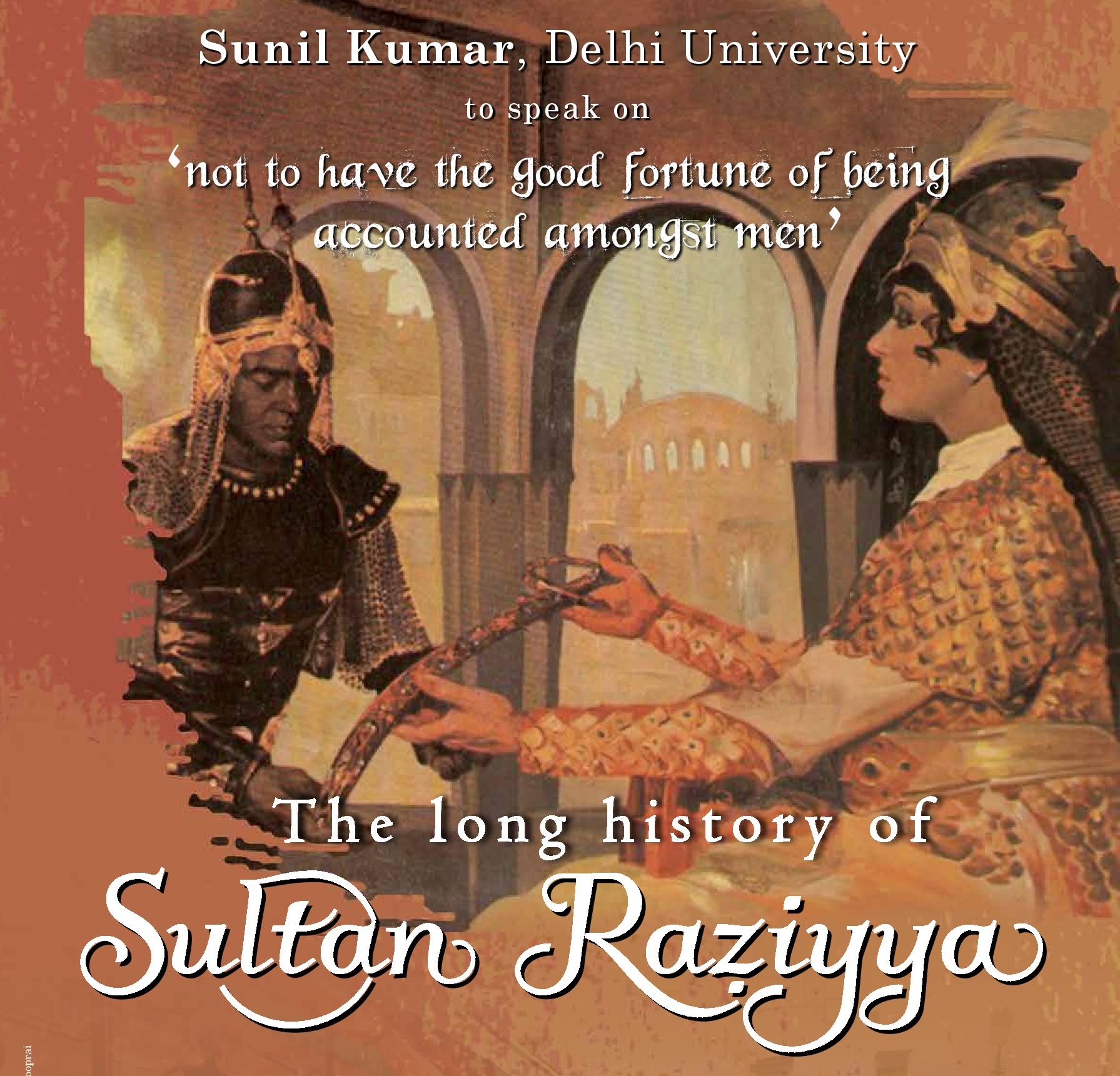 In their efforts to explain the considerable political agency exercised by Sultan Raziyya, ruler of Delhi and parts of north India, 1236-40, historical interventions have varied between the cultural and the contingent. Is there anything in the Persian or Turkic cultural world, or in her father’s unusual will, that could explain her accession in a largely male, Sultanate world? My paper has a more structural approach – it re-examines the thirteenth century social and political world of the Delhi Sultanate to unpack the networks of power and the larger contexts in which a woman could become Sultan. But my paper also recognises that such a contextual normalisation of a woman as ruler was distant from the agenda of the Persianate secretarial classes and Muslim religious specialists. Their gendered remarks treated Raziyya’s reign as an aberrant moment, periodically resurrected in diverse conditions of social stress with interesting embellishments.

Even as I excavate elite networks in Sultanate society, my paper foregrounds the evasiveness in Persian narratives as they narrated the politics of the Delhi Sultanate, noting the silences and revisions for the fractious genealogies of power in the early social history of Muslims in the subcontinent. Historicising Raziyya and the remarks of Persian interlocutors complicates the simplistic relationships sometimes assumed between literary cultures and social practices. In what ways were litterateurs enveloped in the political practices of the Sultanate? What was their response when elite women and military slaves networked for political gain in the thirteenth century? And what were the challenges of the fourteenth century to Persian litterateurs? In forcing us to consider the deployment of the contingent as the socially aberrant in the Persian evidence, I ask whether there are critical seams of power and their histories ignored by scholars while reporting on Islam in South Asia. How would reinstating Raziyya in our narratives of Sultanate society complicate the history of Islam in the subcontinent?

Dr. Sunil Kumar studies the culture, society and politics of the Central Islamic Lands, in Afghanistan and north India specifically during the 12th through the 16th centuries. His present research concerns the history of a Muslim urban centre in north India (13-16th century), reading it largely from the perspective of micro-history. He is currently Professor and Head, Department of History, Delhi University, and has held visiting positions at LMU Munich, SOAS London, UC Berkeley, EHESS and EPHE Paris. His authored monographs include The Emergence of the Delhi Sultanate (2007, 2010) and The Present in Delhi’s Past (2002, 2010).