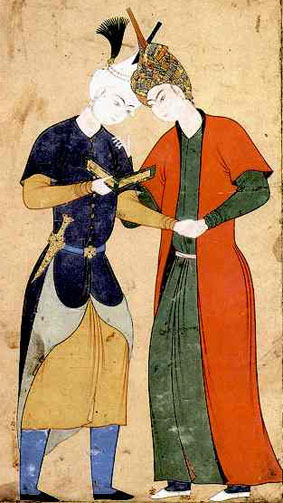 "OF LOVE AND BONDAGE- SERVICE, FRIENDSHIP AND THE MATERIALITY OF TIES IN TIMURID HINDUSTAN"

Historicizing slavery and its material culture in Perso-Islamic contexts requires consideration of a wider context in which servitude and bondage were celebrated ideals and also the means by which Persians could realize themselves as ethical subjects. Persianate polities cohered around hierarchically structured social bonds linking individuals and groups marked by dissimilar origins, religious affiliations, social locations, occupational groupings, and claims to power. Here, I explore the language and practices of social bonds in the midst of shifting political structures in 18th-century Hindustan, specifically the ways relations of service and patronage were spoken in terms of love and friendship. To realize and render these relations legible required the production and exchange of images, compositions, books, and objects, as well as particular bodily practices. Slaves and their descendants were part of these relations as well. Beyond helping move past the lens of Atlantic slavery, the understanding that many of our textual and material sources were produced as instruments of bondage furthers discussions on how to read them.

Mana Kia is an Assistant Professor in the Department of Middle Eastern, South Asian, and African Studies at Columbia University. Her interests are the early modern connected social, cultural, intellectual histories of West, Central, and South Asia from the 17th to the 19th centuries. Her first book, Persianate Selves: Memories of Place and Origin before Nationalism, explores how early modern conceptions of place and origins provided expansive possibilities of Persian selfhood. She is at work on a second book, Sensibilities of Belonging: The Transregional Persianate between Iran and India, which outlines how a shared sense of aesthetic and ethical form (as culture) was socially enacted in the transregional circulation of people, texts, and ideas between Iran and India.