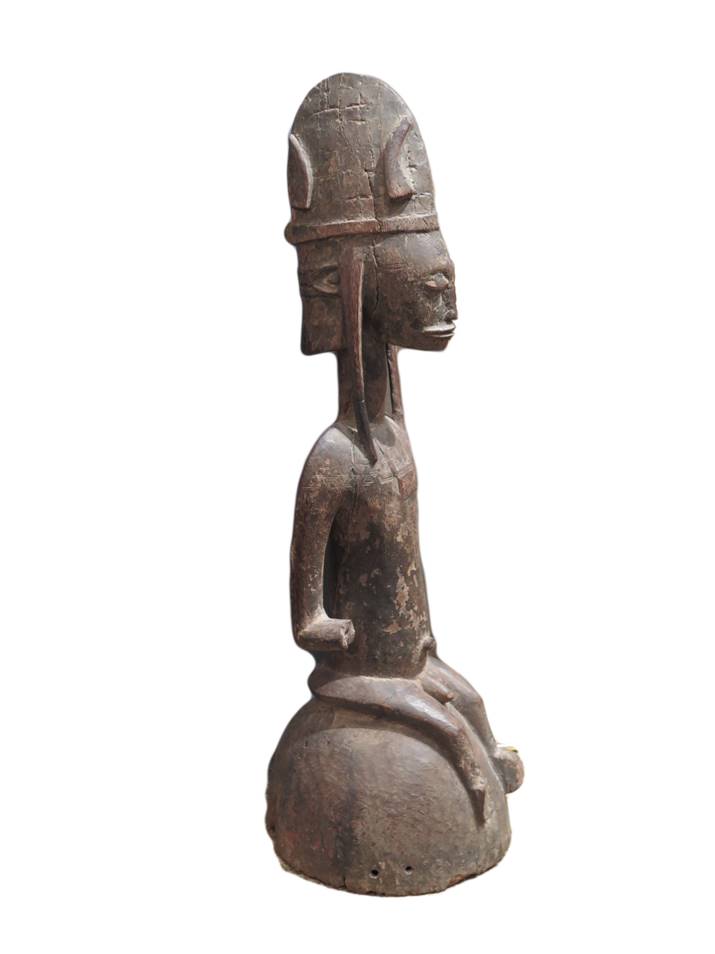 The Bamana Segu Empire traded vanquished neighbors to both the Saharan and Atlantic slave trade networks until they were themselves conquered by the jihad of El Hadjj Umar Tall. Launched in 1860, Tal’s campaign for control of the Niger Valley has been described as a “crusade to destroy the offensive temples of infidelity (Robinson 1985: 323).”  Its principal target was the Bamana states whose practices as unbelievers were epitomized by Segu and its capital characterized as a “citadel of paganism.” At that time the gold and wood religious paraphernalia and great sculptures from the state shrine used in annual rites relating to Segu’s eighteenth-century founding were confiscated.  A few decades later these would be among the spoils of war sent back to France with the invasion of Segu by Colonel Archinard in 1892.

Alisa LaGamma is the Ceil and Michael E. Pulitzer Curator in Charge of the Department of the Arts of Africa, Oceania, and the Americas at the Metropolitan Museum of Art.  Her work over the last twenty-five years expanding the scope of its collection and developing a dozen influential exhibitions has been instrumental in historicizing and repositioning sub-Saharan African art and culture.  In 2012 the Bard Graduate Center recognized this with the Iris Award for Outstanding Scholarship.  Among her most recent projects, Kongo: Majesty and Power received critical acclaim and its publication has been recognized by the George Wittenborn Memorial Award, the International Tribal Art Book Prize, Honorable Mention for the PROSE Award, and finalist for the College Art Association’s Alfred H. Barr Jr. Award.  She is currently overseeing plans to renovate the Michael C. Rockefeller Wing and in January will launch the exhibition “Sahel:  Art and Empire on the Shores of the Sahara.”