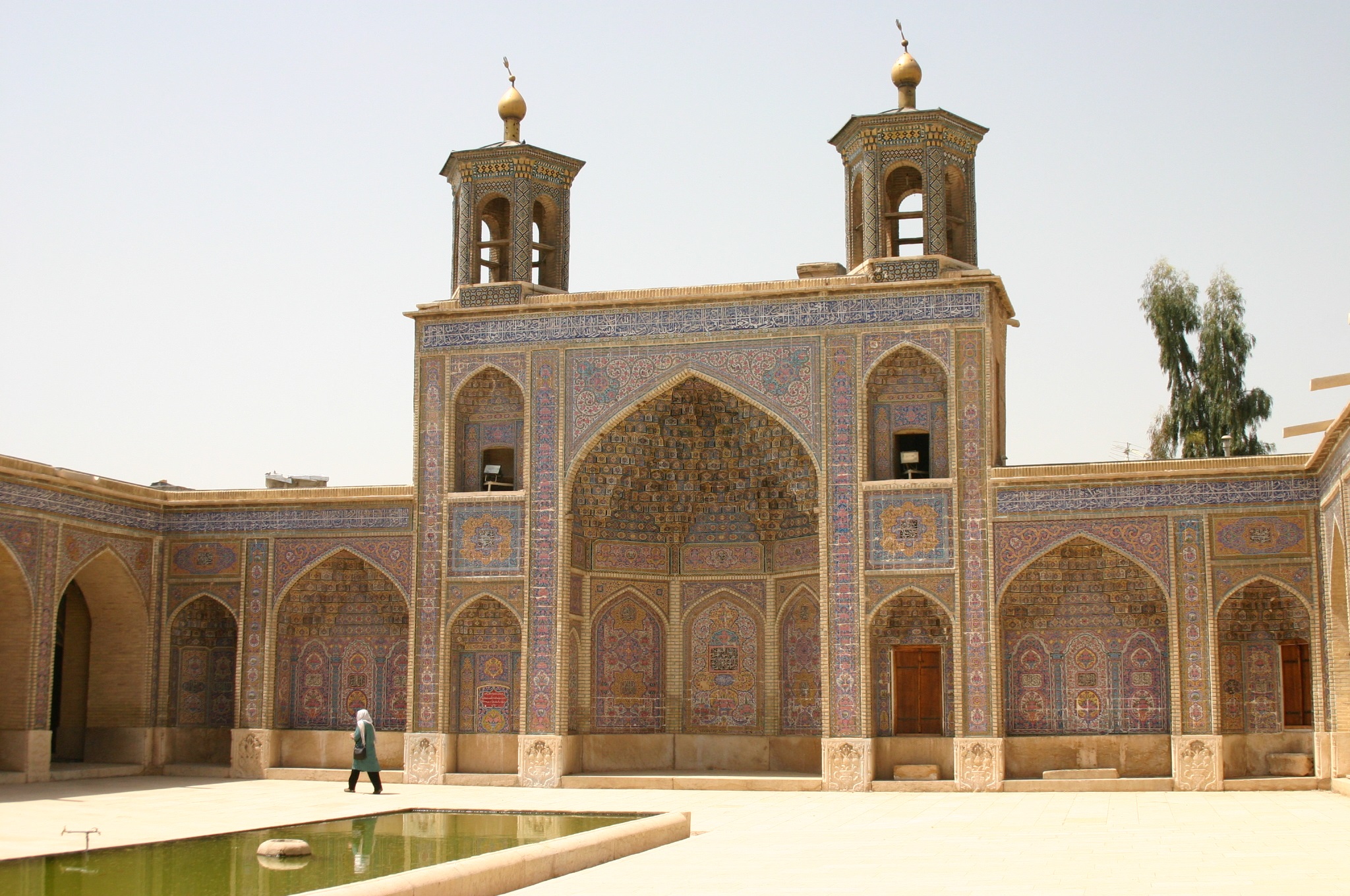 Situated in Fars, a region of Iran rich in historical memories and monuments, the city of Shiraz has been a crucial nexus between maritime and terrestrial contacts between the central Islamic lands, the Gulf and the Indian Ocean since long before the advent of Islam. From architecture to painting and calligraphy, the renown of the city and its artistry was reflected in the mobility of artisans and artifacts across the Islamic lands. Fragments of these histories are scattered across learned articles and monographs, but a more holistic vision of the city and its role in material and social networks extending far beyond Fars remains elusive. This workshop brings together a range of international scholars who will present aspects of the city’s history and the resonances of its material culture from the pre-Islamic period through its transformation in modernity.

Behind the Name: Shirazi Manuscripts from the Injus to the Qajars.

The Penn Museum Nizami (NEP 33):  An Illustrated Book Made for Art Market.

A Touch of Shiraz? Shirazi Influences on pre-Mughal Painting. A Review.

Technology and Subjectivity in the Making of Modern Shiraz

Title: Behind the Name: Shirazi Manuscripts from the Injus to the Qajars

Abstract: Shiraz has long been recognized as the sole center in Iran of an uninterrupted production of decorated manuscripts from the thirteenth century to the modern era. This paper investigates both the physical characteristics of codices made in Shiraz and the identity of their makers over a period of 600 years. It aims to answer the question: is there such a thing as the manuscript from Shiraz?

Bio: Simon Rettig is Assistant Curator for the Arts of the Islamic world at the Freer Gallery of Art and Arthur M. Sackler Gallery, Smithsonian Institution, in Washington, D.C. A specialist of the arts of the book, he has curated several exhibitions, such as Nasta‘liq: The Genius of Persian Calligraphy and The Art of the Qur’an: Treasures of the Museum of Turkish and Islamic Arts. Rettig’s current projects include an exhibition on the Great Mongol Shahnama (opening late 2020) and a monograph on the Freer Khusraw u Shirin.

Title: The Penn Museum Nizami (NEP 33):  An Illustrated Book made for Art Market.

Abstract: Copied in Shiraz, Iran, between Muharram-Jumada II, 992 H, this manuscript has three double-page fronticepieces and a finispiece. In size, nature of execution, materials, illumination and illustration programs, this manuscript belongs to a group of late sixteenth century manuscripts made in Shiraz, a city in southern Iran.  Like most others in the group, this manuscript has no patron indicated on its title pages, although its rich program of ornamentation, illumination, as well as the numerous accompanying paintings, would indicate that the makers of this book had an identifiable patron such as an amir or governor in mind or hoped to sell it to someone of this class.

Bio: Renata Holod is College of Women Class of 1963 Professor in the Humanities, History of Art Department, and Curator, Museum of Archaeology and Anthropology, at the University of Pennsylvania. She has carried out archeological and architectural fieldwork in Syria, Iran, Morocco, Turkey, Central Asia, Tunisia, and Ukraine. She served as the Convenor, Steering Committee Member and Master Jury Chair of the Aga Khan Award for Architecture. She is co-author and co-editor of City in the Desert (1978); Architecture and Community: Building in the Islamic World Today, Aperture, New York, (1983); The Mosque and the Modern World (1997); An Island Through Time: Jerba Studies (2009) and The City in the Islamic World (2008).

Abstract: The relations between Shiraz and the Indian sultanates are undoubtedly rich and ancient. This paper will explore several cases, mainly in the domains of arts of the book and waterworks, trying to understand the impact of Shirazis’ contributions and their local adaptations.

Bio: Yves Porter (1957) teaches Islamic Arts at Aix Marseille Université; since 2018, he is part of Institut Universitaire de France. He has published numerous papers and books on Iranian and Indian arts and crafts and is internationally invited for talks and conferences on these matters.

Title: A touch of Shiraz? Shirazi influences on pre-Mughal painting. A review.

Abstract: The name of Shiraz seems self-evident in the history of Islamic manuscript painting. However, from the period before the 16th century, we actually know little about the production of illuminated manuscripts related to the city, its workshops and its patronage, and the impact of this production beyond the borders of Iran. By shifting the point of view, that is to say by analyzing a corpus of paintings from Sultanate India in the Shirazi style, I will try to better measure the influence of the city of Shiraz beyond the Persian world and to examine the mechanisms of its dissemination.

Bio: Eloïse Brac de la Perrière is Associate Professor of Islamic Art History at the Sorbonne University. She recently headed an international research program devoted to Kalīla wa Dimna's manuscript paintings with the Bibliothèque nationale de France. Most of her research focuses on the book art in Sultanate India to which she has devoted several publications, the most recent of which is a collective work entitled Le Coran de Gwalior. Polysémie d’un manuscrit à peintures (edited with M. Buresi).

Abstract: As the epicenter of the Persian Revival style of the nineteenth century, Shiraz was a conduit for the transfer of ideas and forms from Parsi Bombay to Qajar Tehran. From Karim Khan’s garden pavilions in the 1770s to Mohammad Reza Shah’s royal celebrations in 1971, Shiraz served as the stone manifesto of the ‘lithographic axis’ among geographic generalities and historical times. By tracing the architectural and historiographical development of the Persian Revival, the paper reveals the mechanics of a symbiotic relationship between invented traditions and enduring artistic practices, which, in turn, formed an experience of modernity grounded in Shiraz.

Bio: Talinn Grigor is a professor of art history in the Department of Art and Art History at the University of California, Davis. Her research concentrates on the ties between of architecture and postcolonial theory, focused on Iran and Parsi India. Her books include Building Iran: Modernism, Architecture, and National Heritage under the Pahlavi Monarchs (2009) and Contemporary Iranian Art: From the Street to the Studio (2014).

Title of lecture: Technology and Subjectivity in the making of Modern Shiraz

Abstract: Taking into account several cultural artifacts from twentieth century Shiraz and their attendant technologies, this lecture will analyze the evolving relationship between forms of subjectivity and the changing delimitation of modern Shiraz as a simultaneously material and ideational territory, with its points of attraction and fugue, its consistencies and fragmentations.

Bio: Setrag Manoukian is an Italian anthropologist interested in knowledge and its relationship with power, understood both as existential and social force. His area of specialty is Iran. He teaches at McGill University at the Institute of Islamic Studies and the Department of Anthropology, which he currently chairs. He is the author of City of Knowledge in Twentieth Century Iran: Shiraz, History, Poetry (Routledge 2012)