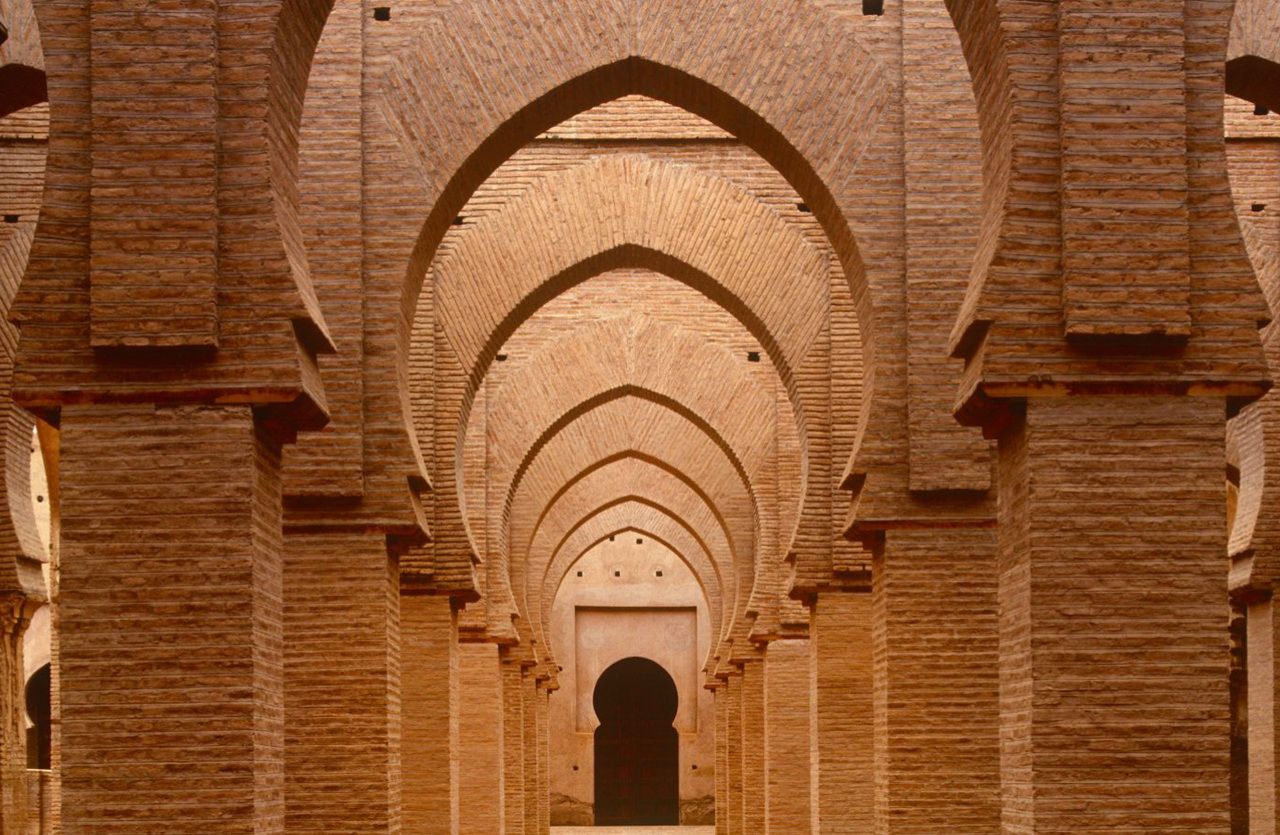 The aim of my intervention is to analyze how Almohad palatial architecture served to establish a clear separation between the Caliph and his subjects and also between himself and the “state” aristocracy. For the first time in the 12th century in western and central Maghreb, the paradigm of a war chief who lived and fought with his people (primus inter pares) had been abandoned to be substituted by the oriental tradition of the hieratic sovereign as inaccessible and invisible ruler. This new order was largely based on the construction of a new palatial city conceived as an earthly paradise only accessible to the caliph and his servants. At the same time, the monumental gate of the palace served to inspire terror to all as it was used to expose the bodies of the defeated enemies promised to hell.

Mehdi Ghouirgate is Associate Professor of Muslim Civilization and Dean of the Department of Arabic Studies at Bordeaux-Montaigne University since 2014. After defending his thesis in October 2011, he joined the IGAMWI (Imperial Government and Authority in Medieval Western Islam) research team which aims to establish and translate sources relating to the history of Western Islam. He is the author of three books published in French : L’Ordre almohade : une nouvelle lecture anthropologique (1120-1269); (With Dr. Buresi) Histoire du Maghreb medieval; (With Dr. Buresi) Histoire des pays d’Islam (XVe–XXIe siècles). He also published in various Journals (Arabica, Annales, REMM, etc.). He also contributes to the Encyclopedia of Islam and the Encyclopédie berbère.