“THE PROPHET AS A SACRED SPRING: LATE OTTOMAN HILYE BOTTLES”

Along with the Prophet Muhammad’s relics, verbal icons of the Prophet known as hilyes count among the most popular forms of devotional art during the late Ottoman period. While manuscript paintings and compositions mounted on wooden boards have been the subject of scholarly inquiry, an otherwise unknown type of hilye production involves the insertion of verbal icons into glass bottles. Today, three such “hilye bottles” are held in the Topkapı Palace Library, where they remain unstudied and unpublished. This talk aims to present these newly uncovered artworks and explore their possible meanings and functions, among them their acting as a new kind of prophetic pharmacon during the late nineteenth century, at which time Muhammad was concretized and ‘imbibed’ as the ultimate elixir vitae. 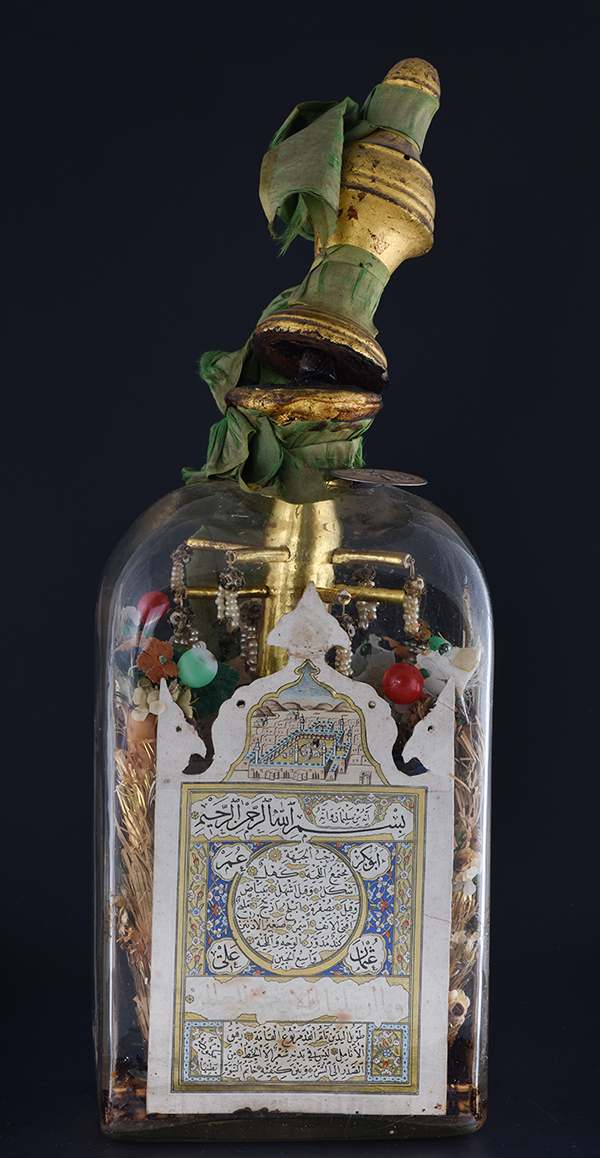 Christiane Gruber is Professor and Associate Chair in the History of Art Department at the University of Michigan, Ann Arbor. Her research  interests span medieval Islamic art to contemporary visual culture. She has authored three books and has edited a dozen volumes on Islamic book arts, ascension texts and images, images of the Prophet Muhammad, and modern visual and material culture. Her talk on hilye bottles is related to her next book, The Praiseworthy One: The Prophet Muhammad in Islamic Texts and Images.