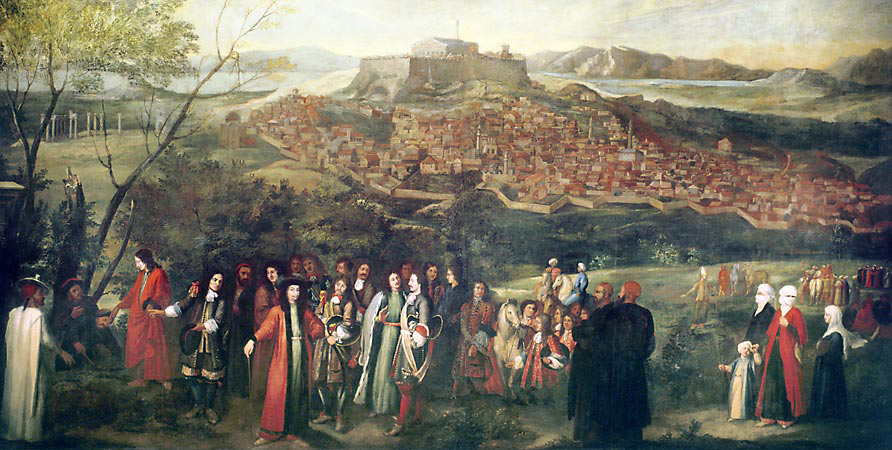 Athens was known in the Islamic world as the City of Sages, crowned by its citadel mosque where Plato had taught from a white marble throne. This was the view expressed by the Ottoman traveller Evliya Çelebi, who visited Athens in 1667, less than a decade before European visitors began to visit the city, long isolated by Ottoman-Venetian tensions. This painting of Ottoman Athens commissioned by the marquis de Nointel, ambassador of Louis XIV to the Sublime Porte, will be our starting point as we explore multiple interpretations of the city and its most celebrated building.

Elizabeth Key Fowden is Senior Researcher on the five-year project ‘The Impact of the Ancient City’, based in the Faculty of Classics, University of Cambridge and funded by the European Research Council. Her recent work focuses on Greco-Islamic intersections, an interest first charted in her cultural history of Roman to Umayyad Rusafa in Syria, The Barbarian Plain: Saint Sergius between Rome and Iran.