Find out what's happening at SCA!

Curious about what SCA Faculty are currently researching? Now you can read their essays online on our new page, Articles and Essays. Congratulations to Elizabeth Mesok! She graduated from SCA with her PhD in American Studies in 2013, was recently awarded the PRIMA grant from the Swiss National Science Foundation. The 1.3 million dollar grant will allow Mesok to run a five-year project from the Gender Studies Department at the University of Basel, Switzerland. The project looks at the emergence of gendered approaches to security in the name of "countering and preventing violent extremism," and is a progression of the research Mesok conducted during her time at SCA, which focused on the U.S. military’s instrumentalization of gender difference for counterinsurgency operations. More information about the grant can be found here. We are excited to announce that SCA will have a total of 11 presentations at this year's ASA Annual Meeting in Honolulu, Hawaii! Read more here. Congratulations to American Studies Ph.D alumna Emily L. Thuma on the publication of her book, All Our Trials. Click here to read more.

Congratulations to Professor Crystal Parikh! Her latest book,  Writing Human Rights: The Political Imaginaries of Writers of Color, has won the 2019 Association for Asian American Studies Award for Outstanding Achievement in Humanities and Cultural Studies: Literature! See all the winner here. The Latinx Project's first exhibition “PELEA: Visual Responses to Spatial Precarity” at King Juan Carlos Center got featured in Art News! If you're interested in attending, then please check out their page to RSVP. Read the New York Times' profile of Allison Janae Hamilton and her body of work! Congratulations to Joan Morgan.  Joan's new book  She Begat This: 20 Years of ‘The Miseducation of Lauryn Hill,’  was prominantly and enthusiastically reviewed in today's New York Times!  We are so proud!!

Congratulations to our own Sunaura Taylor (PhD student) for winning the American Book Award for her Beasts of Burden: Animal and Disability Liberation.  This is a huge honor, and we are very proud of her!

You can read more here. We are proud to announce that doctoral candidate Steven Thrasher has been selected as the first Renberg Chair at Northwestern University! Congratulations! Watch Professor Blake on "What You Should Know About Code-Switching And How It Impacts the Black Community." Check out American Studies Ph.D. Joan Morgan's new book, She Begat This: 20 Years of the Miseducation of Lauryn Hill. Congratulations to our many students who received awards this year! We are so proud of each and everyone one of you! See the full list of student awards here.

Congratulations to Professor Cecilia Márquez! Cecilia Márquez (Social and Cultural Analysis) and Robyn d'Avignon (History) have received a Curricular Development Challenge Fund (CDCF) grant for their project "Teaching Latino/a and African Studies through New York City's Archives." They will use the grant to cull archival resources throughout the city that will support their courses: "Latino/a Social Movements" and "New York, An African City." These courses will incorporate the unique resources of New York City as a way to incorporate digital humanities in the classroom and develop undergraduate research skills. If you're curious and want to learn more about Professor Tao Leigh Goffe, then check out her profile in the Princeton Alumni Weekly magazine.

Check out Professor Deborah Willis in the news!

Inspired by Deborah Willis’s seminal book, Reflections in Black, the photographers behind Mfon: Women Photographers of the African Diaspora hoped to serve communities of underrepresented women, namely black women, in fields of photography and fine art. Read more on Buzzfeed.

Directed and conceived by Deborah Willis, the captivating and illuminated piece personified Joe Henry’s song Civil War though dance and expression. The film brings intersectional struggles of black womanhood, black masculinity, black masculinity in the Civil War Era and man-women relationships, all while reimagining history. Read more on the Smithsonian.

SCA stands in solidarity with our allies! Learn more about Ally Week.

The Treasury of Weary Souls contains more than 1300 policy records of enslaved workers in America's most lucrative and dangerous antebellum industries.

After the slave trade to the US was outlawed in 1808, Africans were smuggled into the country (a tricky process), they were bred (which depended on the human life cycle), and they were rented (so the people who treated them as property could make as much money as possible). People who rented slaves insured them, so that these valuable assets would not be destroyed while in someone else's possession.

Legally slaves were property. But, no other form of property could enhance its value through the skills it acquired. The Treasury of Weary Souls is the first resource to consolidate policy information on the practice of insuring human beings from enslaved persons treated as cargo on Transatlantic vessels, to enslaved workers in America’s most dangerous and most lucrative industries. The Treasury of Weary Souls contains data on financial firms who acquired slave insurance policies during the 20th century and continue to profit from them today.

Check out the article about it on TechCrunch!

Professor Nikhil Singh was interviewed on The Intercepted. Listen to it now! Congratulations to our undergraduate student, Richa Lagu, on receiving the DURF award for her research on zines as activist literature! Congratulations to our very own, Professor Josie Saldana, for being awarded the 2017 John Hope Franklin Prize for best published book in American Studies! Just another day at SCA... celebrating Golden Week with a little bit of mooncake :)

"Today the moon is at its largest. Go outside, eat mooncake, think of your far away loved ones and know they are seeing the same moon." 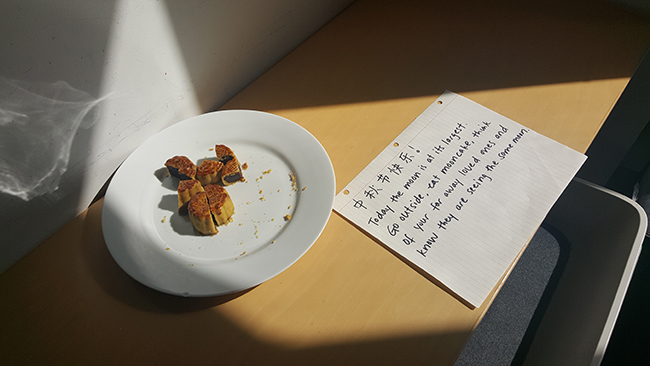 Brick courtesy of Bosco Sodi from his event at Washington Square Park on September 7, 2017. Fall semester starts next week and we are looking forward to see everyone. Don't forget to check our events calendar for upcoming events! 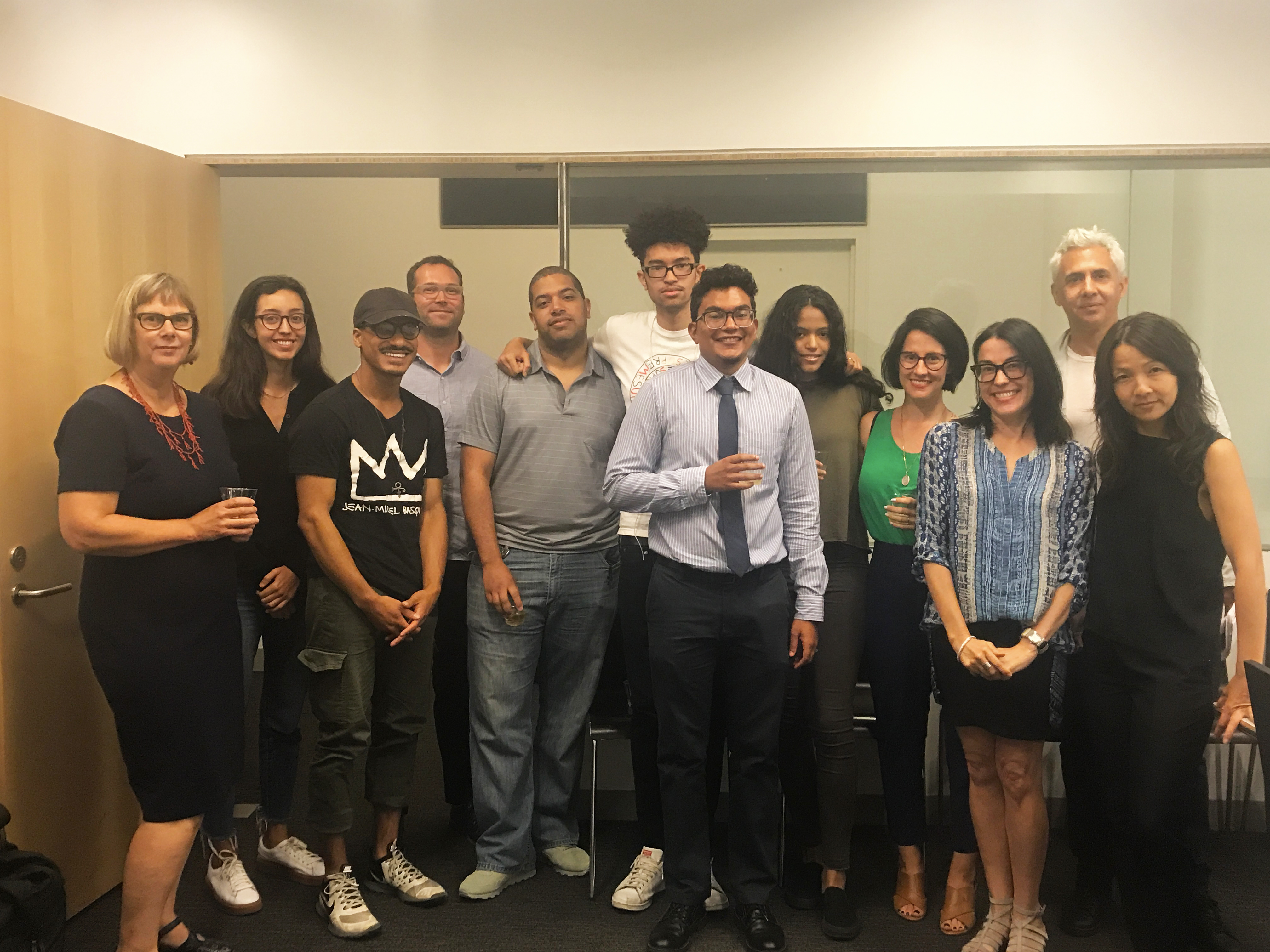 We are excited to announce that American Studies Ph.D. Dawn Peterson published her first book, Indians in the Family.