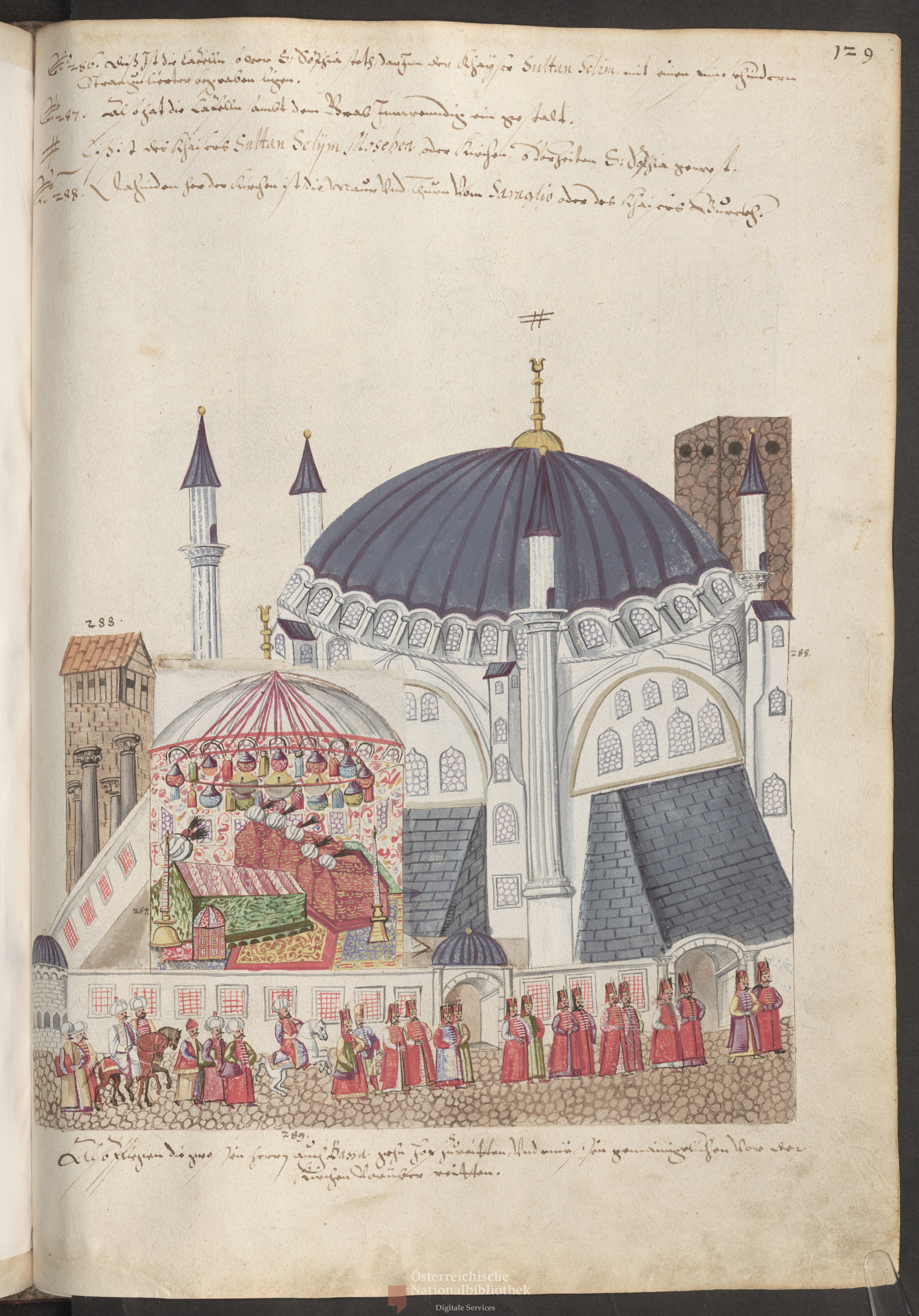 "THE SENSESCAPE OF OTTOMAN TOMBS"

While Ottoman tombs have been thoroughly surveyed in terms of their formal and ornamental characteristics and therefore visual aspects, neither their aural dimensions in the form of Qur’anic recitation and prayer, nor the customary deployment of fragrances by means of incense burners within the space have received much attention. Qur’anic recitation and purchases of aromatics for incense can be reconstructed with the help of the relevant endowment deeds from the Archives of the General Directorate of Endowments in Turkey, as these document the employment and qualification of reciters as well as the expenses of the tomb-keeper. Travelers’ accounts, narrative literature and poetry provide additional evidence of the ways in which Ottomans experienced and enriched funerary architecture. Moreover, incense burners removed from the tombs and now kept in museum collections present clues about these monuments’ smellscapes.

Drawing on sensory anthropology and soundscape studies, this lecture will examine the interplay between the visual, the aural, and the olfactory in Ottoman tombs, by means of examples in Istanbul and other major cities of the empire. It will argue that Ottoman tombs presented a sensory environment that could be manipulated for the purpose of propagating specific political messages and programs, while simultaneously hinting at Paradise—as described in the hadith and the paradise narrative genre—where the deceased were hoped to reside and where visitors could imagine themselves in the Afterlife.

Nina Macaraig received her doctorate in Islamic Art History from the University of Minnesota in 2005. From 2005 to 2017, she worked at Koç University, Istanbul, first as Post-Doctoral Fellow and finally as faculty member in the Department of Archaeology and History of Art, where she became Associate Professor in 2014. She held fellowships at the Kunsthistorische Institut in Florence and the Getty Museum. Her research focused on Ottoman architectural history, in particular the “lesser” monuments within its canon, such as bathhouses and soup kitchens, as well as sensory aspects of the built environment. Her publications include “The Fragrance of the Divine: Ottoman Incense Burners and Their Context,” The Art Bulletin 96/1 (2014), for which she received the Ömer Lütfi Barkan Article Prize, and the book entitled Çemberlitaş Hamamı in Istanbul: The Biographical Memoir of a Turkish Bath, with Edinburgh University Press (2019). After 2017, she gradually retired from academia and now works full-time in the surfing industry in California.

This event will take place as a live webinar at 12:30pm EST (New York time). To register as an online attendee, please use the following link:
https://nyu.zoom.us/webinar/register/WN_PcJmDJf1QLq3AE8K-DTkMA