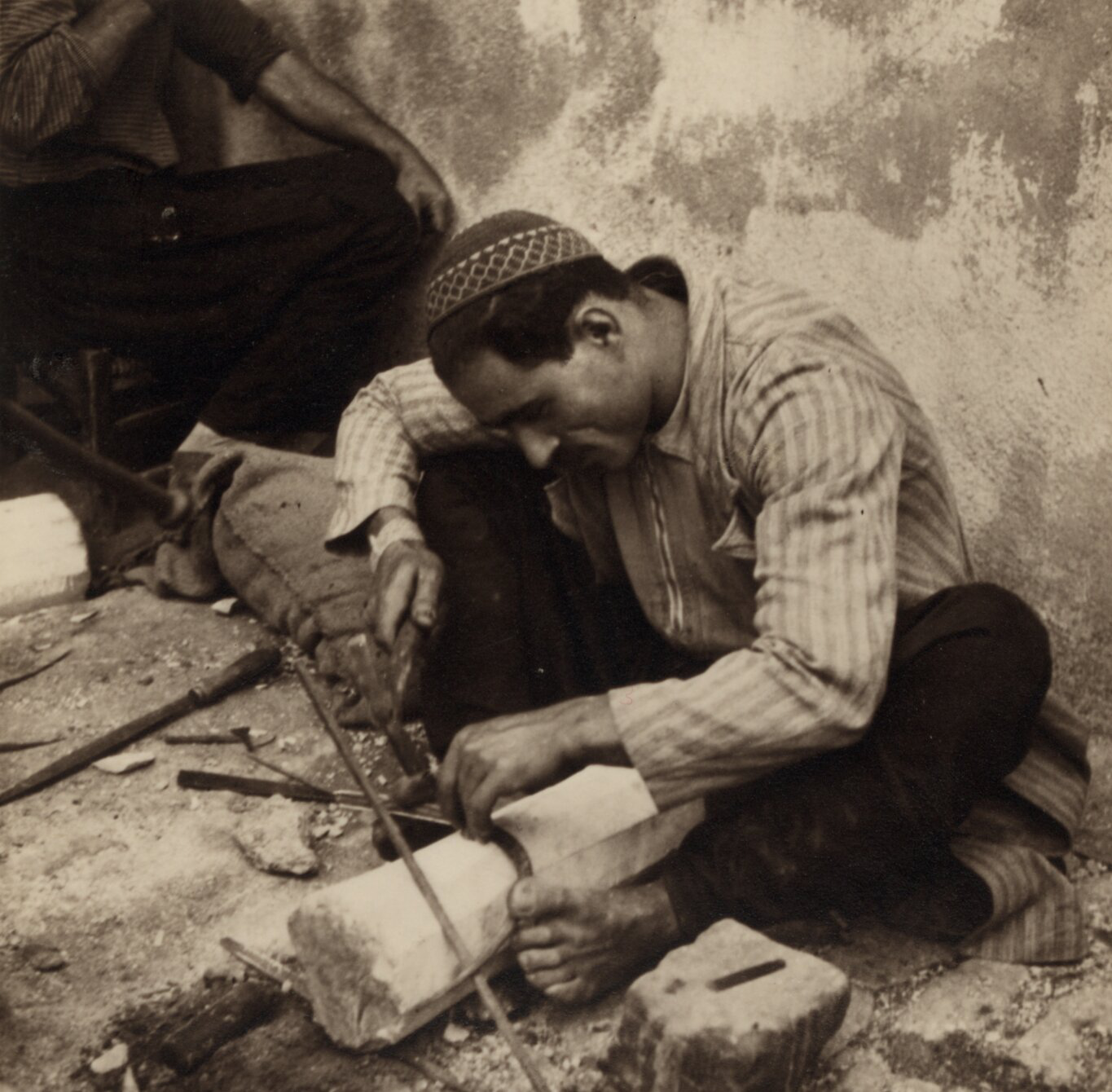 "BLEEDING FINGERS AND FAILING EYES: LOCATING THE BODY OF THE ARTISAN IN THE STUDY OF ISLAMIC ART"

In his description of the splitting of reeds for the making of mats in the Iraqi village of Agga, Gavin Maxwell (d. 1969) expresses surprise that even experienced practitioners of the craft would often end up cutting their hands. Other writers have noted the harmful effects of factors such as poorly ventilated work spaces, toxic materials, and noise. Observations like these are an important reminder of the impacts that register on the body as the result of repetitive and arduous tasks conducted in challenging environments. Finished objects can bear subtle traces of the bodies of their makers, from finger prints in fired clay to the characteristic slant and width of marks made by a brush or pen. This talk will question what can be learned in art historical terms through a focus on the bodies of those who have specialized in traditional modes of manufacturing across the Middle East from the seventh century to the present. Evidence will be drawn from extant objects in museum collections and from excavations, as well as pre-modern written sources, photographs, and ethnographic studies.

Marcus Milwright is professor of Islamic art and archaeology and department chair in the Department of Art History and Visual Studies, University of Victoria. His research focuses on the art and archaeology of the Islamic Middle East, labour and craft practices in the urban environment, and cross-cultural contacts in the Medieval Mediterranean. He is involved in archaeological and architectural projects in Jordan, Syria and Greece and has created the Crafts of Syria and Crafts of Iraq websites. His books include: An Introduction to Islamic Archaeology (Edinburgh, 2010), and The Dome of the Rock and its Umayyad Mosaic Inscriptions (Edinburgh, 2016); Islamic Arts and Crafts: An Anthology (Edinburgh, 2017); and The Queen of Sheba’s Gift: A History of the True Balsam of Matarea (Edinburgh, 2021). He is currently working on the publication of early Islamic pottery from Raqqa.

This event will take place as a live webinar at 12:30pm EST (New York time). To register as an online attendee, please use the following link:
https://nyu.zoom.us/webinar/register/WN_4fZnxko6SDeM7I7SpAy9xw

This event will also be held in person at NYU in room 222, 20 Cooper Square, NY 10003. In accordance with university regulations, visitors must show a valid government-issued photo ID (children under 18 can provide non-government identification). Visitors must show proof of being up-to-date on their COVID-19 vaccination, which includes the booster when eligible, with an FDA-authorized or WHO-listed vaccine. Documentation must include: