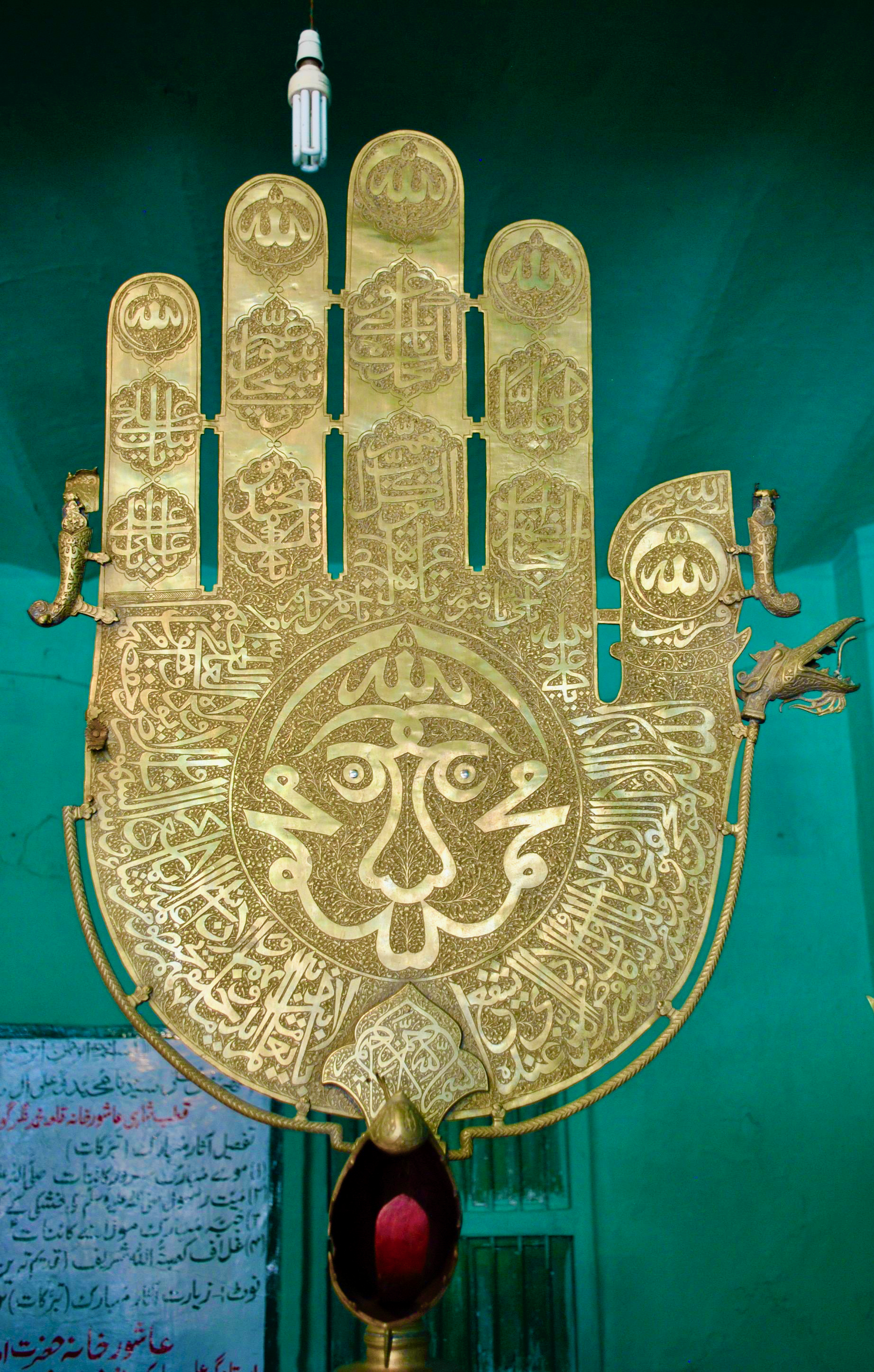 Shiʿi image-objects capable of engaging in the production of acts such as taʿziyas (replicas of Imam Husain's shrine-tomb in Karbala), ʿalams (metal standards representing the Imams or family of the Prophet Muhammad, the Ahl-e Bait), tabuts (coffin replicas), jhulas (the cradle of Husain’s infant son ʿAli Asghar), and Husain’s battle horse Zuljanah are visual images that stimulate acts of religious seeing for South Asian Shiʿa, making present the absent Imams and Ahl-e Bait.

As forms of Shiʿi materiality, image-objects such as the taʿziya and ʿalam, are focal objects that promote reciprocal visual exchange, creating cultural memory and social interaction. Reciprocity of the gaze establishes image-objects such as taʿziyas and ʿalams as manipulated resemblances (shabih) of the sacred individuals they represent. Through acts of reciprocal gazing, the image-object is transformed from object to subject, endowed with agency to work miracles, to intercede for devotees, and to hear devotees’ prayers.

Taʿziyas and ʿalams have structural forms, symbolic and representational motifs that generate culturally specific practices of visual exchange and destabilize the human-subject binary, producing presence through Islamically-defined forms of embodiment, particularly baraka transfer. Presence and absence are brought forth enacting object agency through rituals such as vow-making, praying, and giving offerings—which are inter-personal and relational—performed between a devotee and an ʿalam or taʿziya.

Karen Ruffle is Professor of South Asian Islam in the Departments of Historical Studies and Study of Religion at the University of Toronto. Her research focuses on devotional texts, ritual practice, and Shiʿi material practices in South Asia. Her books include Everyday Shiʿism in South Asia (2021) and Gender, Sainthood, and Everyday Practice in South Asian Shi’ism (2011). Her current projects include a monograph titled, Building the City of Haider: Kingship, Urban Space, and Shiʿi Ritual in Hyderabad, India, as well as a large-scale study of South Asian Shiʿi material culture and sensorial practices titled, Baraka Bodies: Shiʿi Materiality, the Sensorium, and Ritual in India and Pakistan.

This event will take place as a live webinar at 12:30pm EST (New York time). To register as an online attendee, please use the following link:
https://nyu.zoom.us/webinar/register/WN_pNecegpYQY-hfqAFeKquCw