Silsila: THE MAQAMAT TRADITION AND THE PRE-MODERN ROOTS OF ARAB MODERNISM 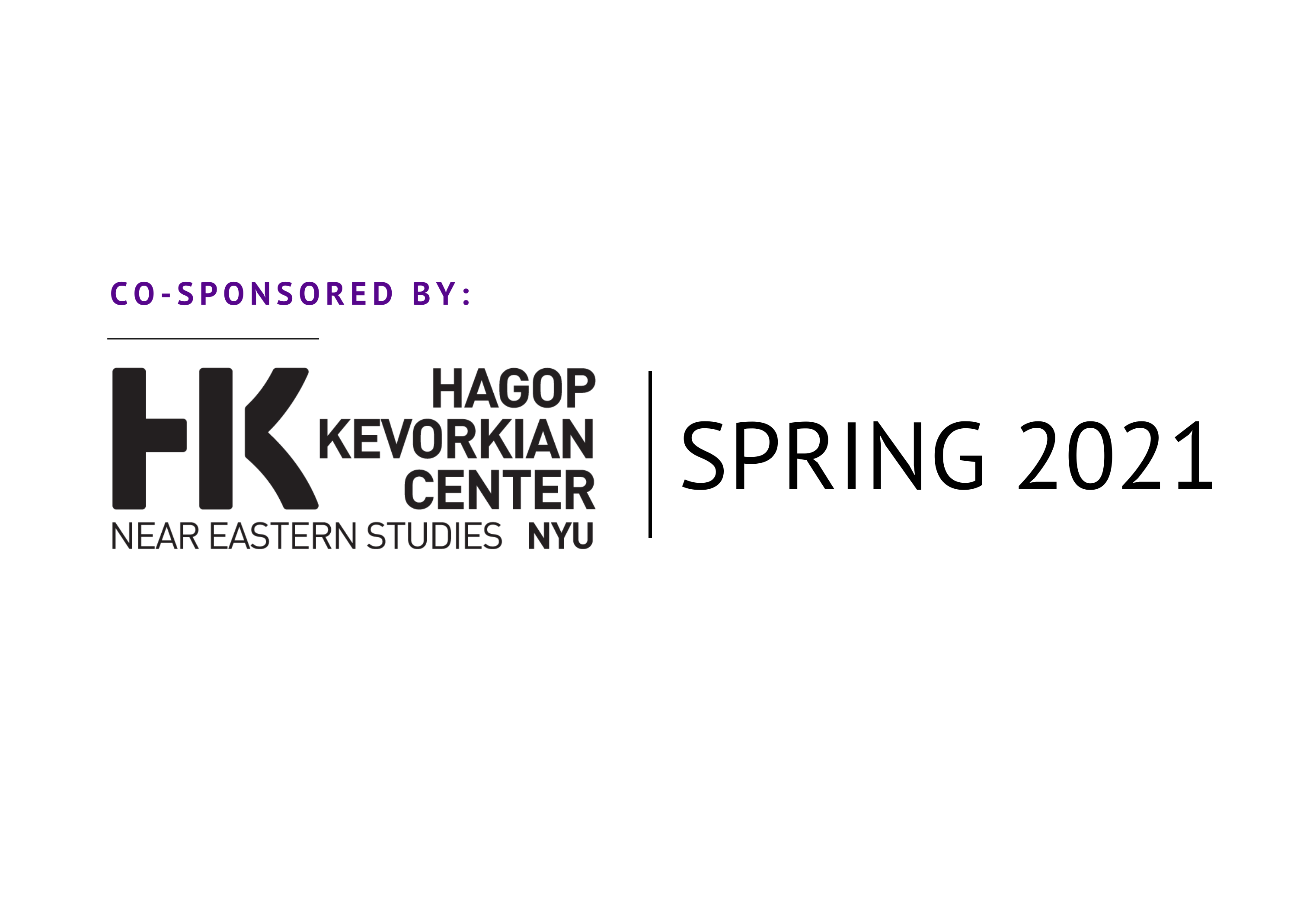 "THE MAQAMAT TRADITION AND THE PRE-MODERN ROOTS OF ARAB MODERNISM"

One of the most popular texts chosen for illustration in the medieval Islamic world was the Maqamat (Assemblies) of Al-Hariri of Basra (d. 1122). The text combines linguistic pyrotechnics with morally ambiguous tales of a roguish protagonist who beguiles and charms through verbal dexterity. The accompanying images are among the most engaging ever produced in the medieval Arab world. The most celebrated illustrated copy of the manuscript, famed for the conceptual sophistication, scale and quality of its images, was calligraphed and painted by Yahya al-Wasiti in Iraq (probably Baghdad) in 1237 CE.

The genre of the maqama left a rich legacy to modern literary traditions in the Arab world. Similarly, the images in the 1237 manuscript (now in the Bibliothèque nationale in Paris) proved inspirational to a wide range of artists and artistic movements across the modern Arab world from the Maghreb to Iraq. Both phenomena are marked by numerous paradoxes: the idea that the genesis for Arab visual or literary modernisms might be sought in medieval genres and idioms; the reception of figural paintings by modern champions of abstraction; or, the fact that most artists could access the medieval paintings that so inspired them only in reproduction.

The workshop attempts to complicate the temporalities of Arab modernism arising from the continuities and disjunctions that mark these kinds of productive paradoxes, exploring a remarkable series of transtemporal intersections between literary and visual cultures.

Title: “The Children of Time": Travels with the Maqāma

Abstract: The Arabic maqāma has a history going back nearly a millennium to its invention by Badı̄ʿ al-Zamān al-Hamadhānī in the 10th c. C.E. This lecture will trace key moments in the travel of this literary form, seeking to understand how the form's poetics of space map on to the contours of its textual travels.

Bio: Maurice A. Pomerantz is Associate Professor of Literature at New York University Abu Dhabi. He is author of Licit Magic: The Life and Letters of Ṣāḥib b. ʿAbbād (d. 385/995) (Leiden: Brill, 2017) and a forthcoming study on the Maqāmāt of al-Hamaḏhānī with Bilal Orfali. He is an editor of the Library of Arabic Literature published by New York University Press.

Title: Islamic Commentaries on al-Hariri's Maqamat and the Idea of Literature

Abstract: The Maqamat of al-Hariri was, from the 12th century to the 18th century, a celebrated work of Arabic prose. Muslim commentators praised it as the pinnacle of style and considered it Qur'an-like in its miraculous inimitability. With the advent of world literature as a comparative project in the 19th century, the Maqamat of al-Hariri came to be treated as a sign of Arabic literary decadence and decline. Through an examination of these 19th-century transformations and the Islamic commentaries of the 12th and 13th centuries, this paper suggests new ways of thinking about the provinciality of secular literary modernity.

Bio: Matthew L. Keegan is the Moinian Assistant Professor of Asian and Middle Eastern Cultures at Barnard College of Columbia University. His research focuses on the intersections of Islamic thought, Arabic poetry, and Arabic storytelling traditions. He works on tricksters, commentaries, riddles, anthologies, and Islamic legal writing from the pre-colonial period. He has served as an Assistant Professor at American University of Sharjah and as a Postdoctoral Researcher at the Freie Universität Berlin.

Abstract: This paper describes how the historical circumstances of the re-discovery of ms. 5847 shaped the interpretation of the manuscript’s illustrations. It focuses on the intellectual labors of Eustache de Lorey, and on the significance of his singular biography in producing this interpretation. The ultimate aim of the paper is to show that our access to objects that date back centuries, and to distant geographies, depends upon the work of cultural intermediaries to such an extent that the histories of art we narrate must at times include the history of events through which that art is made available to us.

Bio: Saleem Al-Bahloly is a Postdoctoral Fellow in the Center for Humanities & Social Change at UC Santa Barbara. His research is concerned with how the deep history of religious traditions shapes forms of art practice that develop in the twentieth-century.

Title: Towards an Active Witnessing: Artistic Experiments with Islamic Heritage in 1960s Iraq

Abstract: The question of heritage has been a vitally productive one in modern artmaking across historically Muslim societies. During the twentieth-century, Arab artists studying abroad in imperial capitals encountered and responded to historical works from previous Islamic civilizations, including the 1237 Maqamat Al-Hariri in Paris. These displaced objects became primary nodes in the construction of new art historical genealogies relevant for the modern Arab world. As images like Yahya al-Wasiti’s manuscript paintings from the 13th-century Maqamat were studied, circulated, and installed into new realms of making and imagining, artists increasingly delineated a living lineage that entailed past as well as present Islamic heritage into the matrix of everyday life. This presentation will explore the trajectories of Islamic heritage percolating in 1960s Iraq, when several artists galvanized refractory materials from premodern paintings and other popular Islamic objects into artworks that actively witnessed and transformed a longue durée of heritable traditions.

Bio: Elizabeth Rauh (PhD, University of Michigan, 2020) is an art historian specializing in modern arts and visual cultures of Iran, Iraq, and the Arab East. Her research examines the history of artist engagements with Islamic heritage, popular image practices in Shi`i Islam, and arts of the twentieth-century “Shi`i Left.” She also explores ecological art practices in the history of Iraq and the Persian Gulf, such as in her forthcoming study: “Experiments in Eden: Midcentury Artist Voyages into the Mesopotamian Marshlands” (Journal of Contemporary Iraq & the Arab World, March 2021). Her research has been funded by The Academic Research Institute in Iraq, the Darat al Funun Center for Modern and Contemporary Arab Art, the Max Weber Foundation, and the Andrew W. Mellon Foundation.

Title: Linear and Atomistic: Louis Massignon on the Maqamat

Abstract: The exhibition of the arts of Persia and Baghdad at Paris’s Bibliothèque nationale in 1938 launched several kinds of analyses of the Maqamat illustrations into the view of an international reading public. Not only did French archaeologist Eustache de Lorey publish his account in the mass circulation journal L’Illustration, which went on to inspire Iraqi artist Jewad Selim and others (as Saleem Al-Bahloly has recently shown), but French scholar of religion Louis Massignon published an interpretation of his own in the December 1938 issue of Verve, an eclectic modernist journal. This talk homes in on Massignon’s reading of al-Wasiti--an "atomistic" reading of an Arab art of impermanence--and follows its intersections and divergences with others, highlighting in particular how it gave sustenance to Surrealist models for conjuring images: faint outlines of loved ones and allusions to things “as if in a dream.”

Bio: Anneka Lenssen is an Associate Professor of Global Modern Art at UC-Berkeley. She is co-editor (with Nada Shabout and Sarah Rogers) of the anthology Modern Art in the Arab World: Primary Documents (New York: MoMA, 2018), and author of Beautiful Agitation: Modern Painting and Politics in Syria (Oakland: University of California Press, 2020).

This event will take place as a live Webinar at 11:00am ET (New York time). To register as an attendee, please use the following link:
https://nyu.zoom.us/webinar/register/WN_4Bi4IaqHTGCgZxhXbBc_DQ
Only registered attendees will be able to access this event.