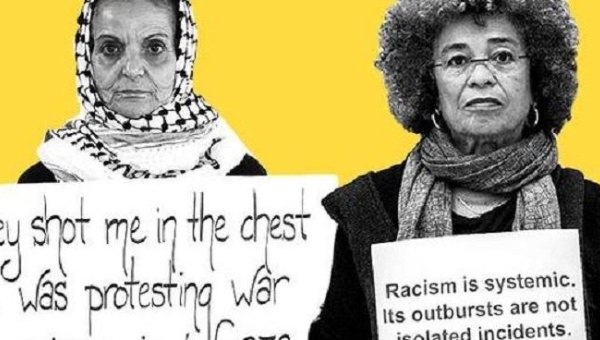 In October 2015 more than sixty Black and Palestinian scholars and activists released a video drawing attention to the common struggles of their communities against state-sanctioned violence and oppression.  As ordinary people -- doing nothing more than selling cigarettes, sleeping, driving, going to school, or speaking politically -- lose their lives for no other reason than skin color and ethnicity, this declaration of solidarity resounded as a call for liberation from injustice in the U.S., in Palestine, and worldwide. This panel, which includes Ebony Coletu (Penn State University), Greg Thomas (Tufts University), Noura Erakat (George Mason University), and Alex Lubin (University of New Mexico),  brings together scholars and activists whose work informs this growing and critical international movement.