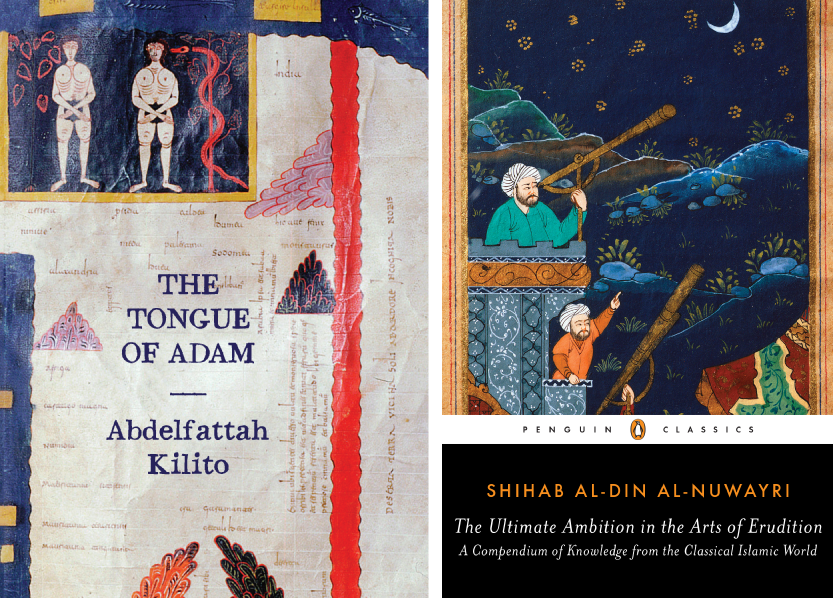 The rich corpus of Classical Arabic literature, encompassing poetry, history, science, and theology, is only beginning to be translated into English. What special obstacles do these texts pose for translators, and how might they speak to contemporary concerns with comparative philology, secular traditions within Islam, and the specter of untranslatability? Shihab al-Din al-Nuwayri’s 14th-century encyclopedia, The Ultimate Ambition in the Arts of Erudition, is a compendium of historical knowledge, literary craft, and scientific lore. Abdelfattah Kilito’s The Tongue of Adam is an analysis of medieval Arabic speculations on the origins of multilingualism and of poetic speech. Elias Muhanna and Robyn Creswell will discuss their translations of these works and reflect on what classical Arabic literature can offer to contemporary readers and scholars. Poet and translator Peter Cole will moderate their discussion.

Robyn Creswell is an Assistant Professor of Comparative Literature at Yale and poetry editor of The Paris Review. He is the translator of Abdelfattah Kilito’s The Tongue of Adam and The Clash of Images, as well as Sonallah Ibrahim’s That Smell, all published by New Directions.

Elias Muhanna is the Manning Assistant Professor of Comparative Literature at Brown University. His books include the abridged translation of Shihab al-Din al-Nuwayri's encyclopedia, The Ultimate Ambition in the Arts of Erudition (Penguin), and The Digital Humanities and Islamic & Middle East Studies (De Gruyter).

Peter Cole is Horace W. Goldsmith Senior Lecturer of Judaic Studies and Comparative Literature at Yale University. He is also the author of four books of poems, most recently The Invention of Influence (New Directions). His many volumes of translation include The Poetry of Kabbalah (Yale University Press) and The Dream of the Poem: Hebrew Poetry from Muslim and Christian Spain, 950–1492 (Princeton University Press). In the spring of 2017, Farrar, Straus, and Giroux will publish Hymns & Qualms: New and Selected Poems and Translations.