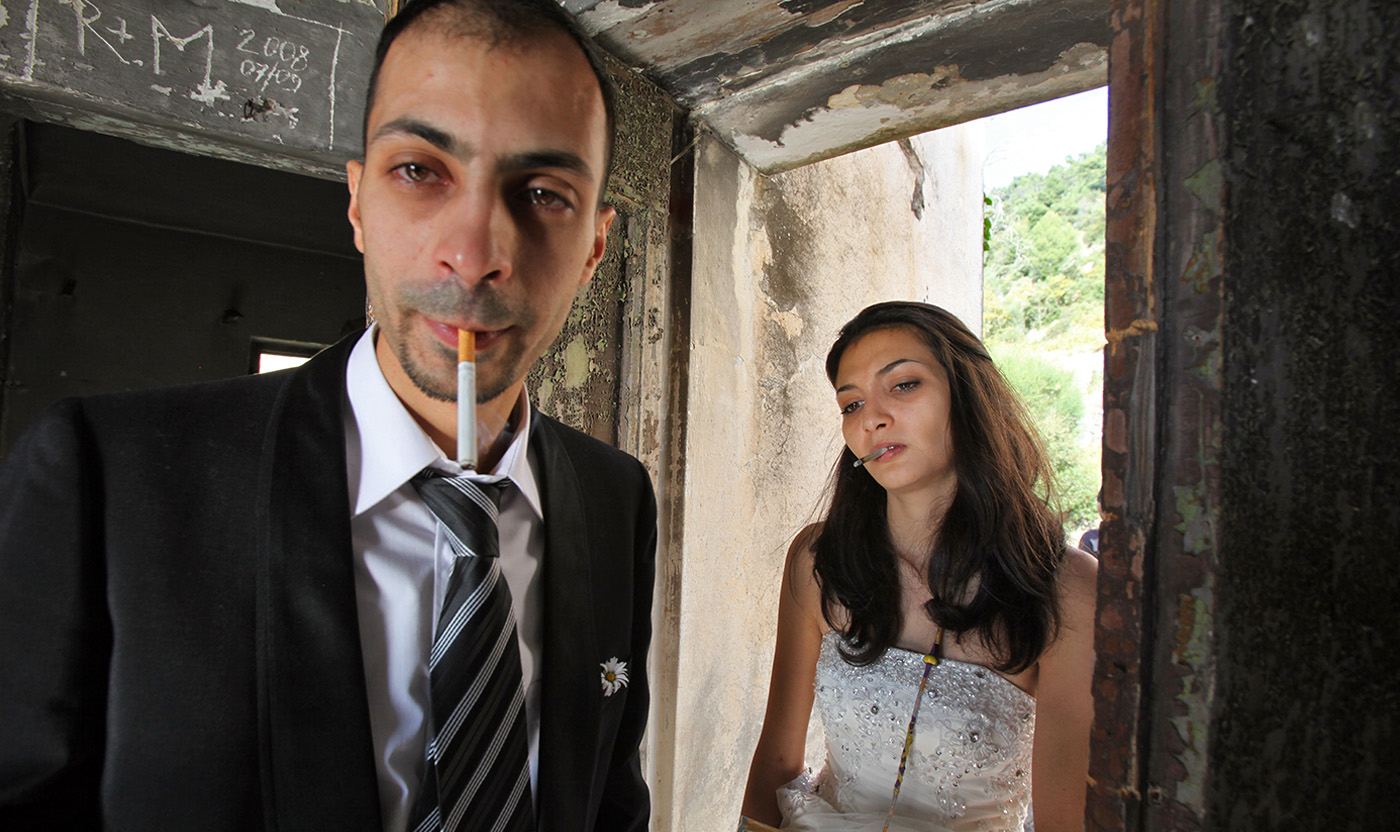 Visual Culture, Loss and Resilience, Film and Commentary on The Syrian Refugee Crisis

Directed by Antonio Augugliaro, Gabriele Del Grande, and Khaled Soliman Al Nassiry
A Palestinian poet and an Italian journalist meet five Palestinians and Syrians in Milan who entered Europe via the Italian island of Lampedusa after fleeing the war in Syria. They decide to help them complete their journey to Sweden – and hopefully avoid getting themselves arrested as traffickers – by faking a wedding. With a Palestinian friend dressed up as the bride and a dozen or so Italian and Syrian friends as wedding guests, they cross halfway over Europe on a four-day journey of three thousand kilometres. This emotionally charged journey not only brings out the stories and hopes and dreams of the five Palestinians and Syrians and their rather special traffickers, but also reveals an unknown side of Europe – a transnational, supportive and irreverent Europe that ridicules the laws and restrictions of the Fortress in a kind of masquerade which is no other than the direct filming of something that really took place on the road from Milan to Stockholm from the 14th to the 18th of November 2013.

Cosponsored by the King Juan Carlos I of Spain Center, the Wagner School for Public Service and NYU Abu Dhabi.