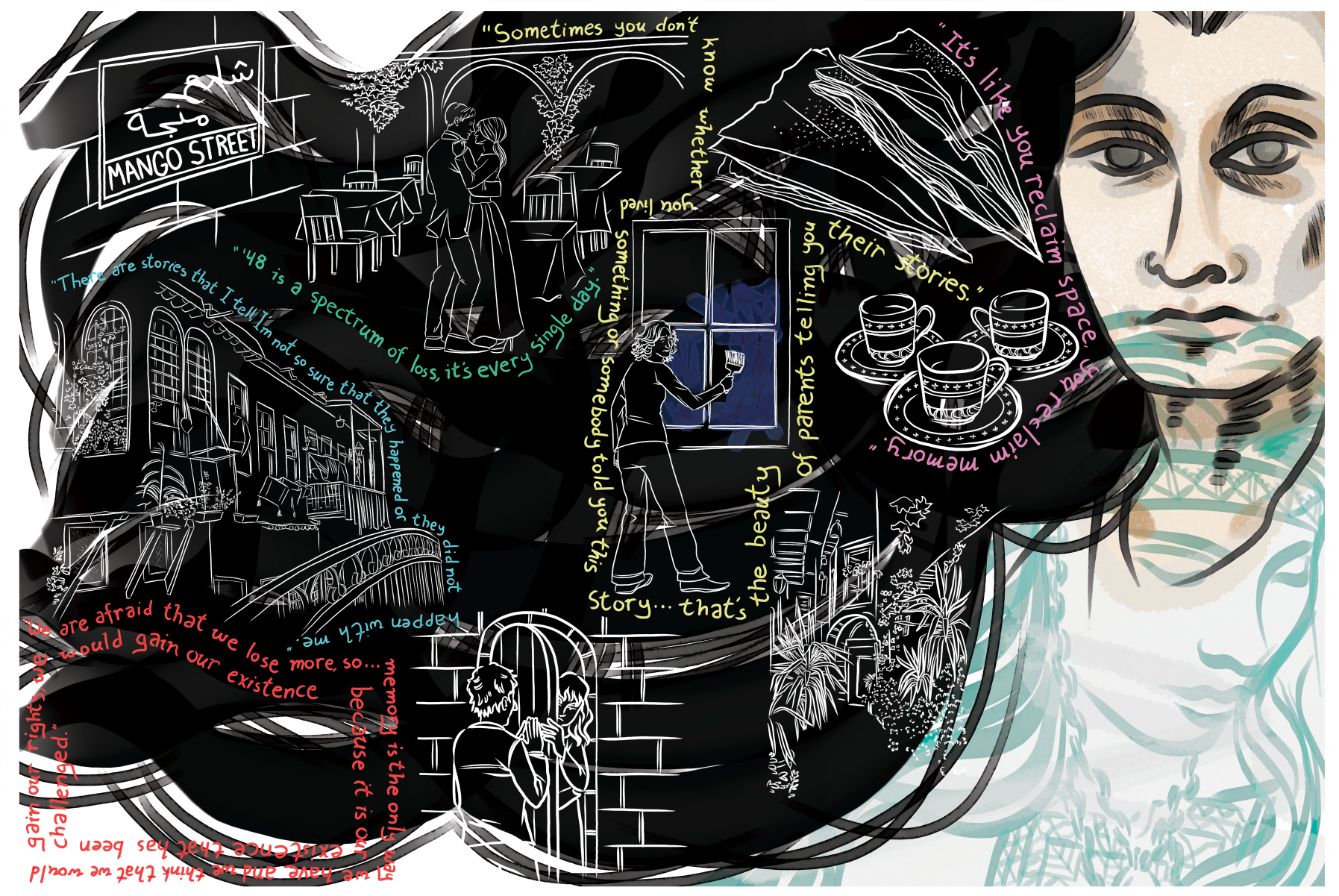 Suad Amiry is a Palestinian writer and architect. Born in Damascus to a Syrian mother and a Palestinian father from Jaffa, she now lives between Ramallah and New York CIty. She is the founder of Riwaq: Centre of Architectural Conservation, in Ramallah, and author of the acclaimed memoirs, "Sharon and My Mother-in-Law" (2005); "Menopausal Palestine: Women at the Edge" (2011); "Nothing to Lose but your Life: An 18-Hour Trip with Murad" (2011); and "Golda Slept Here" (2014). Suad is the recipient of Italy's renowned literary awards: Viareggia-Versilia (2004) and Nonino Risit D'Aur (2014). She and her organization, Riwaq, were also the recipients of the prestigious Aga Khan Award for Architecture in 2013.

Salim Tamari is Professor of Sociology at Birzeit University, West Bank, Palestine. He is also the director of the Institute of Jerusalem Studies. Tamari studied at Birzeit College before receiving a B.A. in politics from Drew University in New Jersey, United States. He later received an M.A. in sociology from the University of New Hampshire and a Ph.D. in sociology from the University of Manchester. Tamari has been a visiting scholar at Georgetown's Center for Contemporary Arab Studies, the Aga Khan Program for Islamic Architecture at MIT, the University of California Berkeley, New York University, Cornell University, University of Chicago and Harvard University. His publications include: "The Mountain Against the Sea" (University of California Press, 2008), "Biography and Social History of Bilad al Sham" (edited with I. Nassar, 2007, Beirut IPS), "Pilgrims, Lepers, and Stuffed Cabbage: Essays on Jerusalem’s Cultural History "(edited, with I. Nassar, IJS, 2005). His book "Year of the Locust" captures in page turning detail the end of the Ottoman world and a pivotal moment in Palestinian history. Using the diaries of Ihsan Hasan al-Turjman (1893–1917), the first ordinary recruit to describe World War I from the Arab side, Tamari follows the misadventures of an Ottoman soldier stationed in Jerusalem. His indispensable introduction places the diary in its local, regional, and imperial contexts while deftly revising conventional wisdom on the disintegration of the Ottoman Empire.