This screening program comprises a partial survey of the myriad ways Iranians have represented and been represented by American and European others throughout modern cinema. From anti-colonial Iranian comedies to European auterist documentaries; straight-to-video B-movies to film festival winners; state-funded to Hollywood produced, these films chronicle a complex relationship spanning several nations, political epochs, and a circuit of ideologies. The presentation will be followed by a film screening of: Haji Washington (Ali Hatami, Iran, 1982) 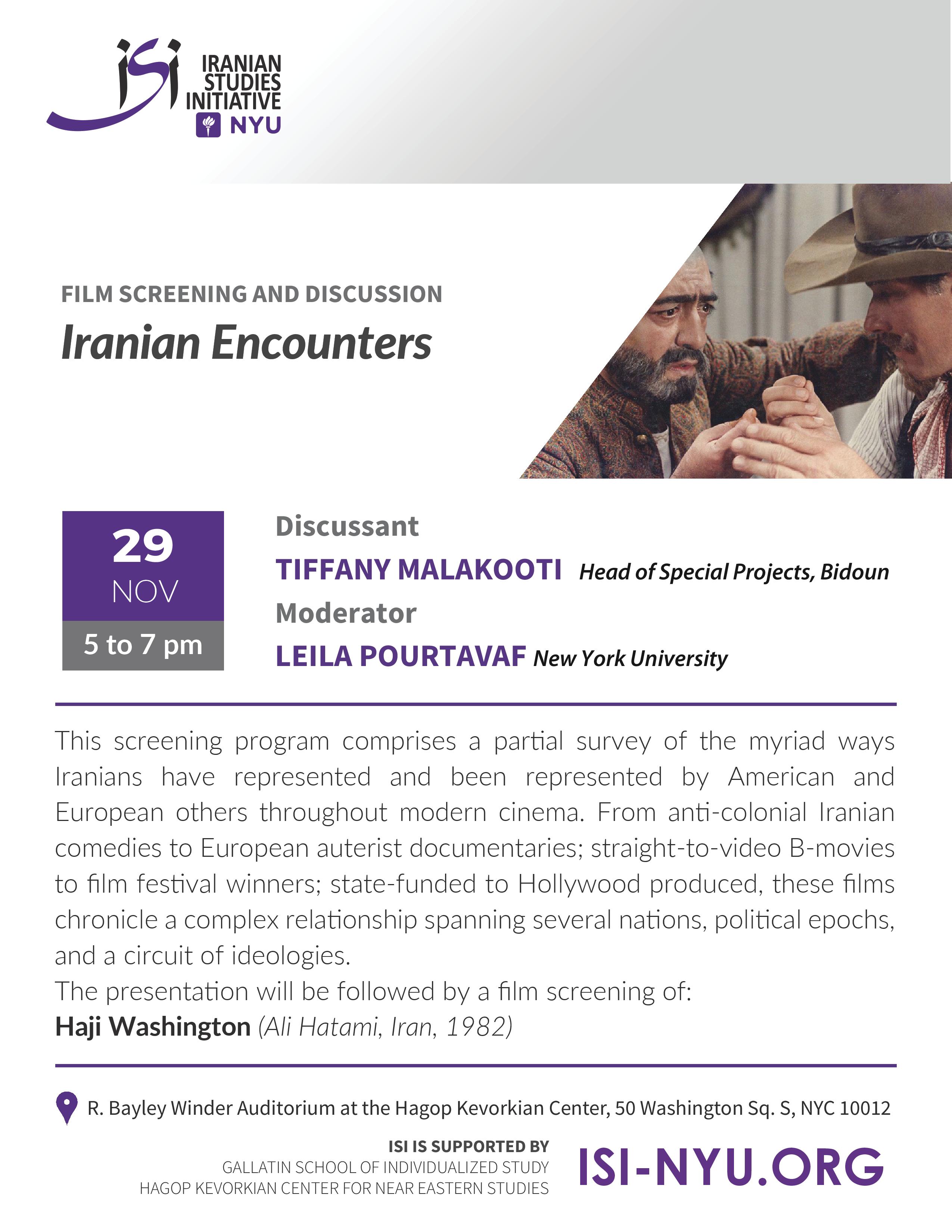