The first Surrealist poems by a young generation of Arab artists and critics in Syria and Iraq appeared in 1946, in short-lived journals like al-Qithara and al-Fikr al-Hadith. Next, there followed a tide of visual experiments with automatic drawing in a heavily psychologized register: ink-blot sketches, talismans, and doodles of bloated hands and blinded eyes. The most inventive and critical of these practitioners is Aleppo-based artist Fateh al-Moudarres (1922-1999), a figure who went on to forge a brilliant career as a painter of the repressed material of Syrian historical memory and its looped cycles of martyrdom and rebirth, and prophets and false gods. In this talk, Lenssen examines al-Moudarres’s early engagements with theories of the fleetingness of the image’s manifestation—and in particular the vulnerability of its outward formation, such that the presence of a figure always entails a kind of subcutaneous bleeding—and highlights their significance to the later arts of decolonization struggle in the Arab East.

Co-presented with the Institute of Fine Arts, NYU 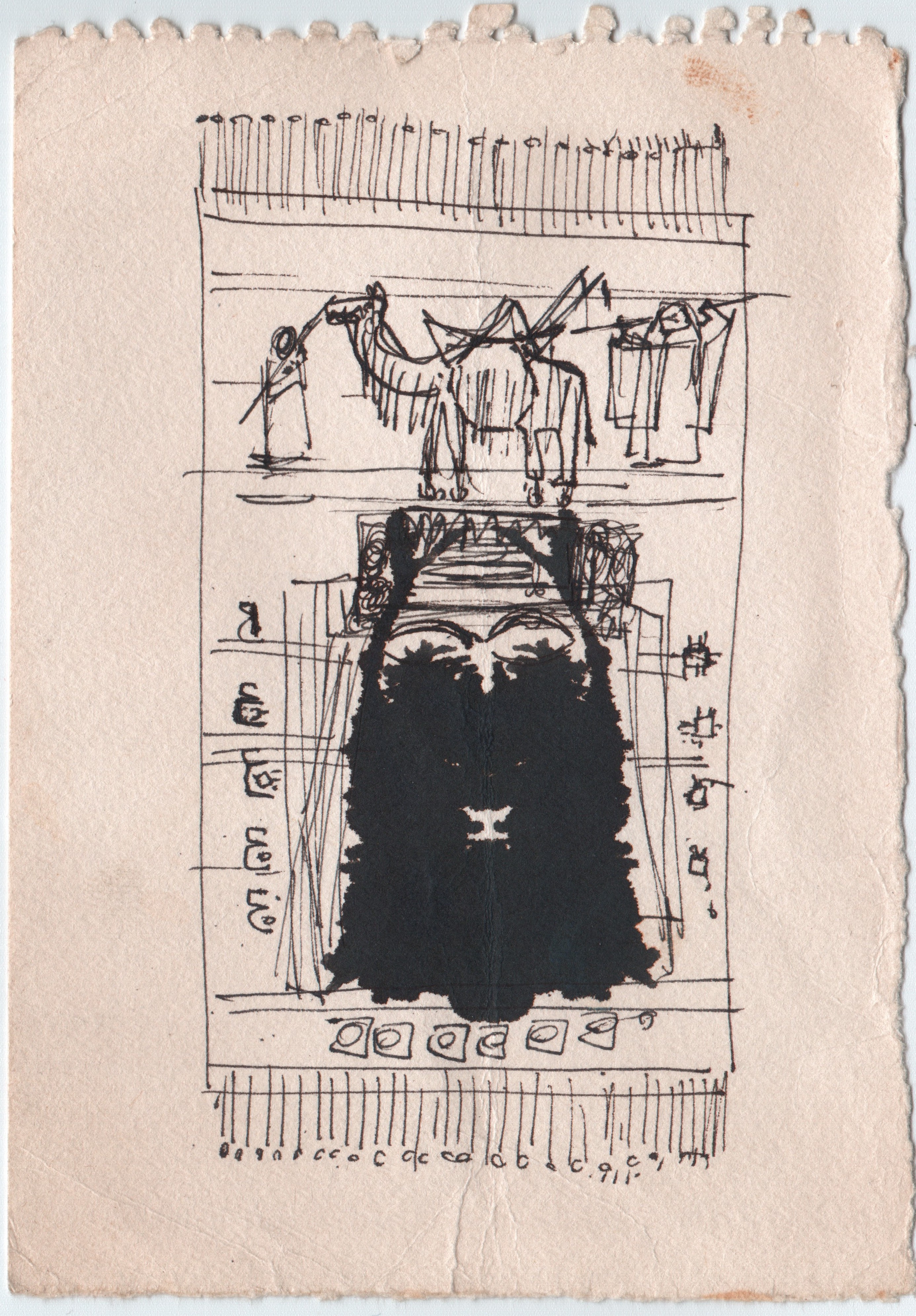