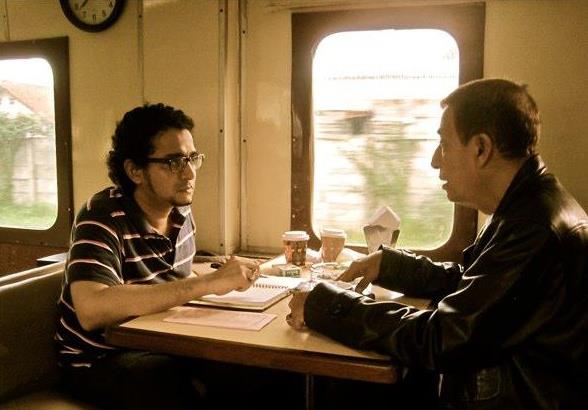 The Research Off the Record series introduces students and others to the variety of ways research is done, thus rendering the ‘methods’ aspects of research more transparent and concrete whilst engaging with faculty across NYU who work on issues related to the Middle East.

Synopsis: In the spring of 2011, equipped with social scientific research handbooks, I embarked on an ethnographic fieldwork that lasted more than two years in Pekalongan, a coastal town on the north coast of Central Java, Indonesia. After realizing that the approaches suggested by the handbooks did not really work, I turned to my interlocutors, asking them to teach me how to do research about them. That was when I was given an 18th century Sufi manual. In this talk I share a personal story of how I came to learn ethnographic research methodology from the Sufi manual. This is a story of intellectual arrogance and humility, success, failure, and frustration as well as interpersonal and intertextual encounters that open up methodological creativity.

Ismail Fajrie Alatas is Assistant Professor of Middle Eastern and Islamic Studies. He holds a Ph.D. in Anthropology and History from the University of Michigan, Ann Arbor, an M.A. in History from the National University of Singapore, and a B.A. (Hons) from the University of Melbourne, Australia. His research explores the intersections of religious authority, social formation, mobility, semiotics and communicative practice with a focus on Islamic Law, Sufism, and the Ḥaḍramī diaspora in Indonesia (that is, those who trace their origins to the Ḥaḍramawt valley of Southern Yemen).