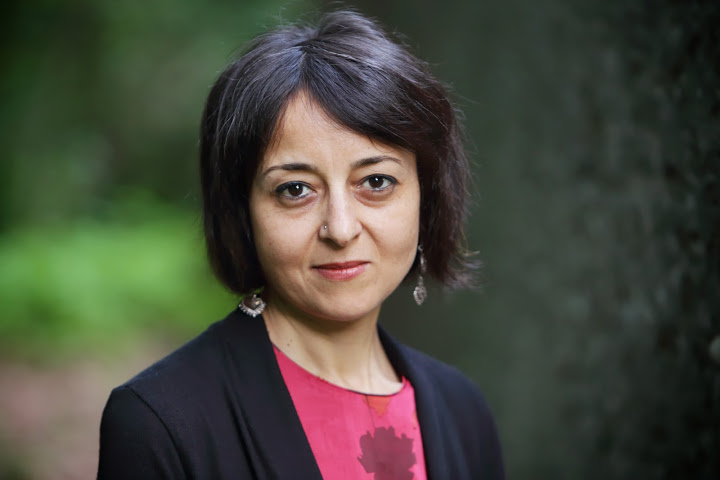 The language salons at the Hagop Kevorkian Center invite speakers of Middle Eastern languages (and learners of these languages) to engage with scholars, literary figures, professionals, and others.  This Arabic Salon event will be conducted exclusively in Arabic.  Arabic speakers and students and of all levels as are encouraged to participate.

Lunch will be served at this event, free and open to the public.

"In reading (Mersal's) These Are Not Oranges, My Love, one encounters a rare sensibility, formed in a remote village near the sleeping snake of the Nile, on the streets of Cairo, and later in the snows of Alberta.  Here is a poetry for the twenty-first century: a manual of survival, dispatches from The City of the Dead and The Department of  Antiquities, reports from the front of body, dislocation and  selfhood.  Her disclosures are intimate, her proclamations surprising and there is nothing predictable about how she sees the world.   However, it is in the vibrancy of her language that she signals the presence of a new and important poet among us."  —Carolyn Forché

Iman Mersal is an Egyptian poet, essayist, translator and literary scholar. She is the author of five books of Arabic poetry, selections from which have been translated into several languages, including English,  Spanish, French, Italian, German, Hebrew and Hindi. In English translation, her poems have appeared in Parnassus, Paris Review, The Nation, American Poetry Review, The Kenyon Review and Michigan Quarterly Review. A selection of Mersal's poetry, entitled These Are Not Oranges, My Love, and translated by the poet Khaled Mattawa, was published in 2008 (Sheep Meadow Press). Her most recent publications include an Arabic translation of Charles Simic's memoir,  A Fly in the Soup (Al Kotob Khan, 2016, Cairo), and a group of essays, “How to mend: on motherhood and its ghosts” (Kayfa ta and Mophradat, 2017). Forthcoming in 2017 is Images of America in Arabic Travel Literature (in Arabic, Al Kotob Khan), based on her 2009 dissertation from Cairo University. In Egypt, Mersal served as editor of two cultural and literary reviews,  Bint al-Ard (from 1986 to 1992), which she also co-founded,  and Adab wa Naqd (from 1994 to 1996). She moved to Boston in 1998, and then to Edmonton, Canada, where she is currently an associate professor of Arabic literature at the University of Alberta. She was a EUME Fellow at the Forum Transregionale Studien, Berlin, 2012-13.