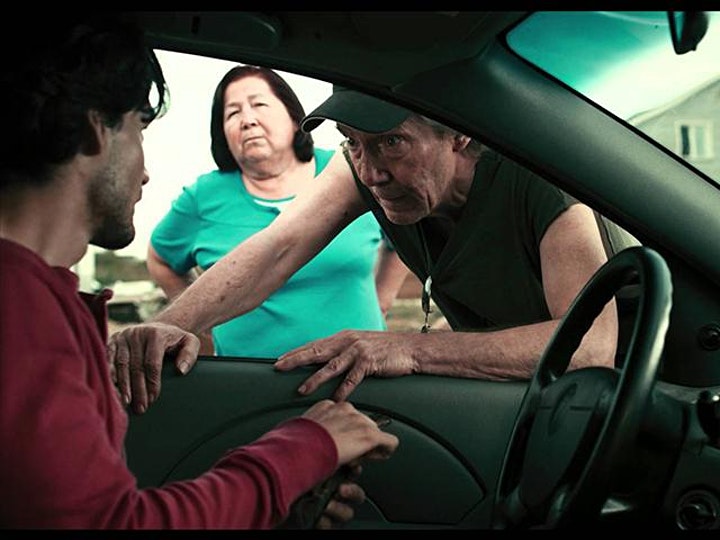 In celebration of Francophonie month, the Maison française de NYU, the Department of World Languages and Cultures at Old Dominion University, and the Québec Government Office in New York are delighted to present Mesnak, by Yves Sioui Durand. Released in 2012, Mesnak was the first feature-length film written and directed by an Indigenous filmmaker from Québec.

The film tells the story of Dave, an aspiring Indigenous actor, adopted at a young age, who lives in Montréal. When he receives a mysterious wedding announcement, he leaves for Kinogamish, the isolated reserve deep in the northern expanse where his biological mother still lives. The reunion does not go as expected, and Dave is confronted with a world that is more desolate than he'd ever imagined. Totally disoriented, Dave continues to attempt to reconnect with his roots. His unplanned return causes upheavals and chain reactions within the community, while dredging up a painful past scarred by hypocrisy and lies.

Sign up here! The link and password will be sent the day of the event, and the film will be available until 12pm on March 28th.

This is a special presentation thanks to the generosity of Québec Cinéma.