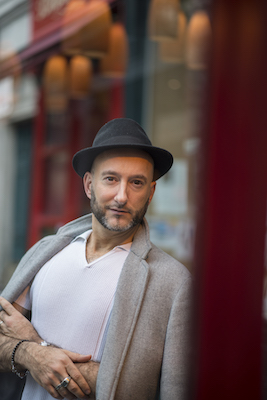 His research focuses on three areas: first, the question of rhythms and tempos in art led him to aesthetic essays, on music (The play of ritournells), cinema (The Five Secrets of James Bond), and painting (Dialogue with Alain Badiou about Pierre Soulages).

Then, he is interested in the figures of French thought of the twentieth century who deepened the links between philosophy and literature, and renewed the intersections between art and politics. These works are devoted to André Gide, Jean-Paul Sartre and Édouard Glissant.

Finally, the last part of his research concerns current thought in its multiplicity and diversity. How to grasp philosophy as it unfolds today? How to understand its challenges, its objectives, and its groups of thought? Through dialogues and conversations, the series Panorama of today’s thought, Althusser and us or Philippe Sollers, the art of the sublime, he met American philosophers (Judith Butler, Martha Nussbaum), Italian intellectuals (Toni Negri, Giorgio Agamben), French thinkers (Jacques Ranciere, Bruno Latour).

Also present in different medias, Aliocha Wald Lasowski is journalist and write in the cultural press since 2005 (Le Monde diplomatique, Le Point,  L'Humanité, Marianne…) and he has worked on the three seasons of the debate program Critical opinion on France-Culture, from 2017 to 2020.