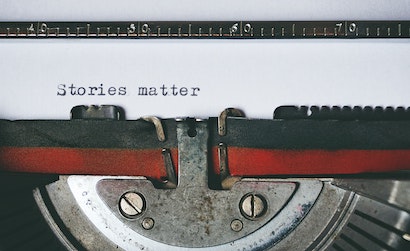 Why should historians consider developing new forms of historical writing, and of what might those forms consist? This discussion of craft will explore how historians can draw on literary and journalistic methods to construct and convey knowledge. Using  brief sample texts, historian and writer Ivan Jablonka and journalist Brooke Kroeger will demonstrate the practical application of specific strategies.

Ivan Jablonka is Professor of Contemporary History at the Université Paris-XIII-Nord and a visiting professor at NYU's Institute of French Studies, where his residence will last from January to March 2020. His scholarship on twentieth-and-twenty-first-century French history encompasses children and orphans, the welfare state, Jean Genet, masculinity, and the fate of his grandparents, Jewish refugees from Poland in occupied France. Among other books, he has written Histoire des grands-parents que je n'ai pas eus (Seuil, 2012) and Laëtitia ou La fin des hommes (Seuil, 2016), which won the Médicis Prize, and most recently, Des hommes justes. Du patriarcat aux nouvelles masculinités (Seuil, 2019). His thinking on writing history for the public stems from his experience as one of the editors of the online multi-disciplinary magazine laviedesidees.fr as well as his book L'histoire est une littérature contemporaine. Manifeste pour les sciences sociales (Seuil, 2017).

Brooke Kroeger is a journalist and professor of journalism at the NYU Arthur L. Carter Journalism Institute, where she founded and directs the MA unit Global and Joint Program Studies. She was a Senior Fellow of Brandeis University’s Schuster Institute for Investigative Journalism from 2013 to 2019. She has written extensively on historical subjects. Her book The Suffragents: How Women Used Men to Get the Vote (2017) was the 2018 Gold Medal winner in US History in the Independent Publisher Book Awards and a finalist for the 2018 Sally and Morris Lasky Prize of the Center for Political History. Fannie: The Talent for Success of Writer Fannie Hurst (1999) was selected as one of the St. Louis Post-Dispatch Best Books of the Year and Nellie Bly: Daredevil, Reporter, Feminist (1994) was named one of NPR’s Best Books of the Year. Her other publications include Undercover Reporting: The Truth About Deception (2012) and Passing: When People Can’t Be Who They Are (2003).

Hilary Handin is a doctoral candidate in History and French Studies at NYU. Her dissertation experiments with forms of historical writing to provide a sociopolitical history of the expulsion of Alsatians and Lorrainers following France’s defeat in the Second World War. Her research was funded in the 2018-2019 academic year by the Bourse Jeanne Marandon and in Spring 2019 by the NYU Provost’s Global Research Initiative Program in Paris. She holds a MAT from Clarkson University and a MA in French Civilization from Middlebury College.