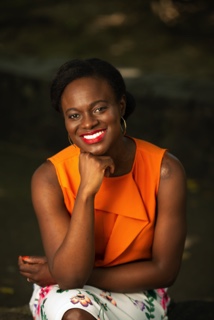 In this talk drawn from her book, Reimagining Liberation: How Black Women Transformed Citizenship in the French Empire, Annette Joseph-Gabriel mines published writings and untapped archives to reveal Black French women’s anticolonialist endeavors. She shows how their activism and thought challenged French imperialism by shaping forms of citizenship that encouraged multiple cultural and racial identities. Expanding the possibilities of belonging beyond national and even Francophone borders, these women imagined new pan-African and pan-Caribbean identities informed by Black feminist intellectual frameworks and practices. The visions they articulated also shifted the idea of citizenship itself, replacing a single form of collective identity and political participation with an expansive plurality of forms of belonging.

Annette Joseph-Gabriel is a scholar of francophone literature, culture, and politics. Her research focuses on race, gender, and citizenship in the French-speaking Caribbean, Africa, and France. Her book, Reimagining Liberation: How Black Women Transformed Citizenship in the French Empire (University of Illinois Press, 2020) mines published writings and untapped archives to reveal the anticolonialist endeavors of Black women in the French empire. Her articles have appeared in peer-reviewed journals including Small Axe, Slavery & Abolition, Eighteenth-Century Studies and The French Review. She is a recipient of the Carrie Chapman Catt Prize for Research on Women and Politics. She is also the managing editor of Palimpsest: A Journal on Women, Gender, and the Black International and production editor of Women in French Studies.

Listen to an interview with Annette Joseph-Gabriel on New Books Network’s website.

Co-sponsored by the Department of French Literature, Thought, and Culture and the Institute of French Studies