The Price of Love for Old Men - Andrew Counter 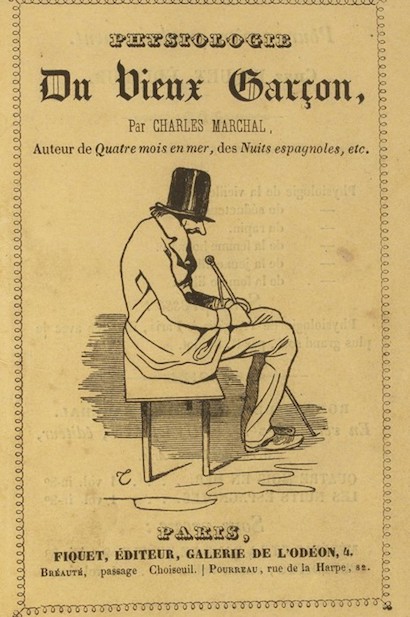 “My dear, this gentleman is reasonable,” said Asie, “he knows he is past sixty-six. He will be most indulgent. Really, my angel, I have found you more of a father!”

"The second section of Balzac’s Splendeurs et misères des courtisanes, in which the baron de Nucingen’s obsession with the courtesan Esther begins to take its ruinous toll, bears the title “A combien l’amour revient aux vieillards”—the price of love for old men. That price, we intuit, is high: as the procuress Asie implies, elderly gentlemen are physically unappealing, and should therefore expect little, and expect to pay a lot for it, in the marketplace of venal “love.” The phrase “à combien l’amour revient aux vieillards” at once encapsulates the economic logic underpinning Balzac’s analysis of prostitution in the Paris he knew, but also points beyond it to the wider sexual marketplace of sex, desire, love, and marriage.

My project considers the nineteenth-century French genealogies of two related concepts in sexual ethics: “sexual poverty,” a phrase that names an unavoidable reality in any sexuality competitive society; and “sexual entitlement,” a putative “right” to sexual intimacy, which was occasionally imagined in utopian terms in the nineteenth century, but whose near-inevitable slide into misogyny is evident in its contemporary iterations among online “incel” communities. Even so, the notion of sexual entitlement is a revealing symptom of French modernity, in which Enlightenment political buzzwords, capitalist-informed modes of social analysis, and the distortions of the sexual double standard are simultaneously at work. Considering writers as diverse as Fourier, Chateaubriand, Staël, and Baudelaire, I explore how nineteenth-century French texts ask prescient and provocative questions about the nature and limits of the discourse of “rights,” and about the political life of the libido."

Andrew Counter is Associate Professor of French at the University of Oxford (UK) and a Fellow of New College. His work on nineteenth-century French literature and cultural history has appeared in Romanic Review, Journal of the History of Sexuality, French History and French Studies. His second book, The Amorous Restoration: Love, Sex, and Politics in Early Nineteenth-Century France (Oxford: Oxford University Press, 2016) co-won the MLA’s Aldo and Jeanne Scaglione Prize for the best book in French and Francophone Studies.