Ranging across a number of poems and narrative texts, Alain Badiou will address the topic of love.  His talk, "Victorious Love," departs from Rimbaud's famous phrase "love must be reinvented," which appears in the "Vierges folles" section of A Season in Hell. He will be introduced by Emily Apter. 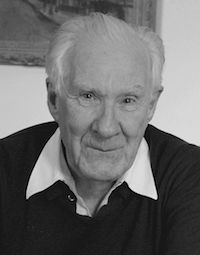 Alain Badiou is a philosopher, playwright, and writer. His many books include: The Immanence of Truths [L'immanence des vérités] (Fayard, 2018), Logics of Worlds (Continuum, 2009), Being and Event (Continuum 2005), supplemented by treatises on aesthetics, Arab Spring, love, and mathematics. His dialogue with Barbara Cassin, There is No Such Thing as a Sexual Relationship: Two Lessons on Lacan, was published by Columbia University Press in 2017. Homme, femme, philosophie, also co-authored with Cassin, came out in October 2019.