EVENT CANCELLED - Biography of a Book

This event has been cancelled due to weather conditions. Thank you for your understanding. 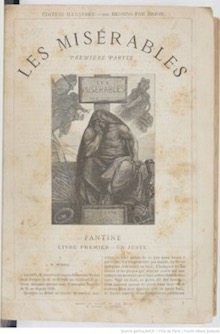 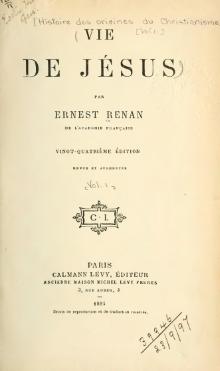 A conversation between David Bellos and Robert Priest, moderated by Stéphane Gerson

David Bellos, a literary scholar, and Robert Priest, a historian, have both devoted their recent books to the lives and afterlives of foundational books in nineteenth-century France: Victor Hugo’s Misérables and Ernest Renan’s Life of Jesus. While Hugo’s novel and Renan’s essay came out a year apart (in 1862 and 1863, respectively), it is the convergence between Bellos’ and Priest’s scholarly investigations that will launch this evening’s discussion. What do books about books have to tell us about the French nineteenth-century? What are the analytical payoffs (and limitations) of this genre? How does one conceptualize such a project? What do these studies of the book (and others like it — there are more) tell us about present and future approaches in studies of the nineteenth-century? And finally, where might scholars go next?

This conversation is part of the series Rethinking Nineteenth-Century French Studies.

David Bellos is the Meredith Howland Pyne Professor of French Literature and Professor of Comparative Literature at Princeton, where he also directs the Program in Translation and Intercultural Communication. His most recent book is The Novel of the Century. The Extraordinary Adventure of Les Misérables (FSG, 2017).

Robert Priest, a cultural and intellectual historian, is Lecturer in Modern European History at Royal Holloway, University of London. His first book, The Gospel According to Renan: Reading, Writing, and Religion in Nineteenth-Century France, was published by Oxford in 2015.

Stéphane Gerson is a cultural historian of modern France and the director of NYU’s Institute of French Studies. His latest book is Disaster Falls: A Family Story (Crown, 2017).

Co-sponsored by the Institute of French Studies and the Department of French Literature, Thought, and Culture