Performing Archaeology: The 1906-07 Fêtes de Carthage and a Vision of Empire

The pageants or fêtes de Carthage held in 1906 and 1907 were many things: a celebration of recent archaeological finds in the protectorate of Tunisia, including the Roman theatre in which they were held; an assertion of France’s place in a lineage of imperial conquest extending back over two millennia; and a demonstration of the cultural prowess of the members of the settler community who conceived and organized them. Not least, they were multimedia extravaganzas, including recitations of poems composed for the occasion, excerpts from operas, and in 1907 two specially written plays; there was even a special competition for the pageant poster. The talk will examine the Carthage pageants as self-conscious representations in which the medium – or rather media, several layers of text and commentary enfolded first in the events themselves and then within official accounts – offered a vision of a mutually productive relationship between archaeology and empire. 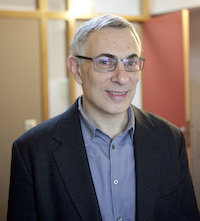 Daniel J. Sherman is Lineberger Distinguished Professor of Art History and History at the University of North Carolina, Chapel Hill. His books include Worthy Monuments: Art Museums and the Politics of Culture in 19th-Century France (1989), The Construction of Memory in Interwar France (1999), French Primitivism and the Ends of Empire, 1945-1975 (2011; French translation in press), and, as editor, Museum Culture (1994) and Museums and Difference (2008). He is currently working on a book tentatively entitled Sensations: French Archaeology between Science and Spectacle, 1890-1930.