in conversation with Olivier Barrot 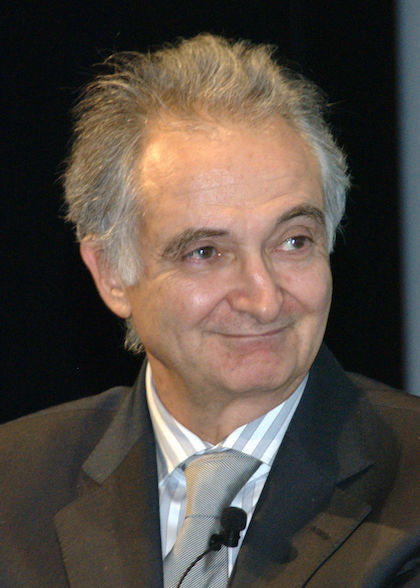 Professor, writer, Honorary Member of the Council of State, Special Adviser to the President of the Republic from 1981 to 1991, Jacques Attali is the founder and first President of the European Bank for Reconstruction and Development in London.

He founded Action Contre la Faim in 1980 and the European programme Eurêka (a major European programme on new technologies that invented, among other things, the MP3). In, 1989, he also launched an international programme of action against the disastrous floods in Bangladesh. Jacques Attali then advised the Secretary General of the United Nations on the risks of nuclear proliferation. He is at the origin of the higher education reform, known as LMD, to bring all European degrees into line.

Jacques Attali is an editorialist for the magazine L’Express. He has written fifty books, translated into more than twenty languages, with over six million copies sold all over the world, including essays (dealing with a wide variety of subjects ranging from mathematical economics, to music), biographies, novels, children’s tales and plays. His works include Noise: The Political Economy of Music; Labyrinth in Culture and Society: Pathways to Wisdom; and A Brief History of the Future.

Olivier Barrot is a journalist, author, and television personality who plays a prominent role in French cultural life. He hosts the daily literary program « Un livre un jour » on France 3 and TV5 television and directs a series of public discussions with actors of the Comédie Française on the art of their profession. His most recent books are United States; Mitteleuropa; Un livre un jour, un livre toujours; La Revue blanche; Le Fils perdu; Ciné Club; and L'Ami posthume. He has been hosting French Literature in the Making at New York University since 2007.