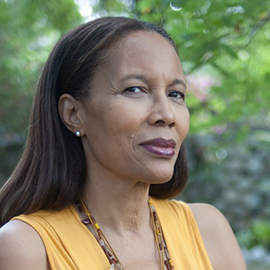 Born in in Port-au-Prince in 1953, YANICK LAHENS is a major figure of Haitian literature today.  After attending school and university in France, she returned to Haiti, where she taught literature at the university in Port-au-Prince and worked for the Ministry of Culture. She is involved with numerous projects, including “Action pour le changement” dedicated to fighting illiteracy in Haiti, and the “Road to Slavery.” She is the author of a collection of critical essays, and has written for Caribbean publications, including Chemins critiques, Cultura, and Boutures. Lahens co-hosts “Entre Nous”, a cultural program on Radio Haiti. She has published three collections of short stories. Her first novel was published in 2000, and she won the Prix Femina for her fifth novel, Bain de lune, in 2014 (Moonbath, Deep Vellum Publishing, 2017).  Lahens lives and works in Port-au-Prince, where she is a member of the board of the International Council of Francophone Studies (CIEF). She was named Officier des Arts et des Lettres by the French government in 2014.

Yanick Lahens will be in conversation with

MICHAEL DASH, Professor of French Literature, Thought, and Culture; author of Edouard Glissant; Haiti and the United States; The Other America: Caribbean Literature in a New World Context; Culture and Customs of Haiti

Moonbath is the award-winning saga of a peasant family living in a small Haitian village, told through four generations of voices. Through stories of tradition and superstition, vodou and the new gods, romance and violence, it recounts the lives of the women who struggled to hold the family together in an ever-shifting landscape of political turmoil and economic suffering. 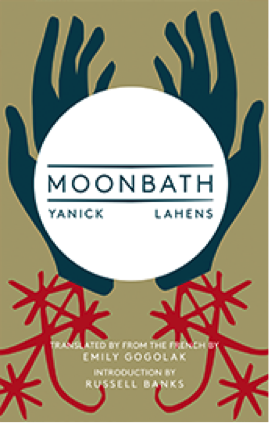