Transparency in Postwar France: A Critical History of the Present 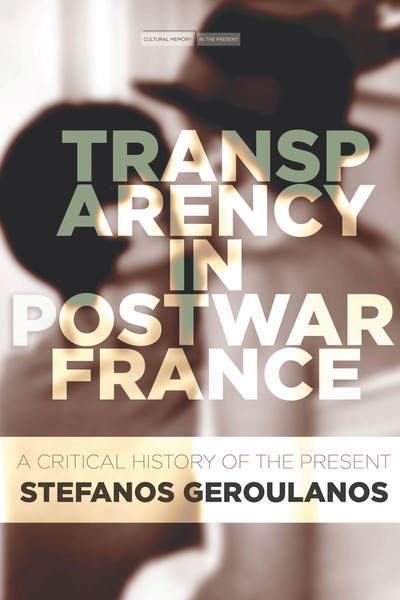 Stefanos Geroulanos is a historian of science and intellectual historian, currently Associate Professor of History at New York University. He is the author or co-author of four books, including Transparency in Postwar France (Stanford University Press, 2017) and The Human Body in the Age of Catastrophe (with Todd Meyers, forthcoming in June). Other collaborative edited projects include Power and Time (with Natasha Wheatley and Dan Edelstein, forthcoming) and The Scaffolding of Sovereignty (with Zvi Ben-Dor Benite and Nicole Jerr, 2017). He is a co-executive editor of the Journal of the History of Ideas, and with Gisèle Sapiro (EHESS) he is coordinating a P.U.F. grant on Crossroads in Intellectual History.

Transparency in Postwar France returns to a time and place when the concept of transparency was met with deep suspicion. It offers a panorama of postwar French thought where attempts to show the perils of transparency in politics, ethics, and knowledge led to major conceptual inventions, many of which we now take for granted. Between 1945 and 1985, academics, artists, revolutionaries, and state functionaries spoke of transparency in pejorative terms. Associating it with the prying eyes of totalitarian governments, they undertook a critical project against it—in education, policing, social psychology, economic policy, and the management of information. Focusing on Sartre, Lacan, Canguilhem, Lévi-Strauss, Leroi-Gourhan, Foucault, Derrida, and others, Transparency in Postwar France explores the work of ethicists, who proposed that individuals are transparent neither to each other nor to themselves, and philosophers, who clamored for new epistemological foundations. These decades saw the emergence of the colonial and phenomenological "other," the transformation of ideas of normality, and the effort to overcome Enlightenment-era humanisms and violence in the name of freedom. These thinkers' innovations remain centerpieces for any resistance to contemporary illusions that tolerate or enable power and social coercion.