The Right to Difference: French Universalism and the Jews 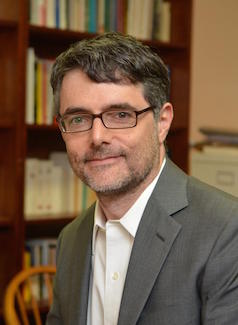 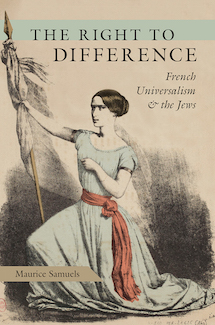 Universal equality is a treasured political concept in France, but recent anxiety over the country’s Muslim minority has led to an emphasis on a new form of universalism, one promoting loyalty to the nation at the expense of all ethnic and religious affiliations. The Right to Difference offers a fresh perspective on the debate by showing that French equality has not always demanded an erasure of differences. Through close and contextualized readings of the way that major novelists, philosophers, filmmakers, and political figures have struggled with the question of integrating Jews into French society, Maurice Samuels draws lessons about how the French have often understood the universal in relation to the particular. By recovering the forgotten history of a more open, pluralistic form of French universalism, Samuels points toward new ways of moving beyond current ethnic and religious dilemmas and argues for a more inclusive view of what constitutes political discourse in France.

MAURICE SAMUELS
Maurice Samuels is Betty Jane Anlyan Professor of French at Yale University and Director of the Yale Program for the Study of Antisemitism. He specializes in the literature and culture of nineteenth-century France and in Jewish Studies. He is the author of The Spectacular Past: Popular History and the Novel in Nineteenth-Century France, Inventing the Israelite:  Jewish Fiction in Nineteenth-Century France. The Right to Difference: French Universalism and the Jews (Chicago, 2016) is his most recent book.