The Ethnographer’s I: Michel Leiris in Translation

Two new translations of significant titles by the writer and ethnographer Michel Leiris have recently appeared in English: Phantom Africa (Seagull Books), translated by Brent Hayes Edwards, and Fibrils (Yale University Press), the third volume of The Rules of the Game, translated by Lydia Davis. Edwards and Davis will join Richard Sieburth, himself a translator of Leiris’s work (Nights as Day, Days as Night, recently republished by Spurl Editions), and Vincent Debaene (Far Afield: French Anthropology between Science and Literature), to discuss the work of this influential author; excerpts from a short film by Jean Jamin will be screened.

Sponsored by the New York Institute for the Humanities, La Maison Française, and the Department of French Literature, Thought, and Culture, NYU 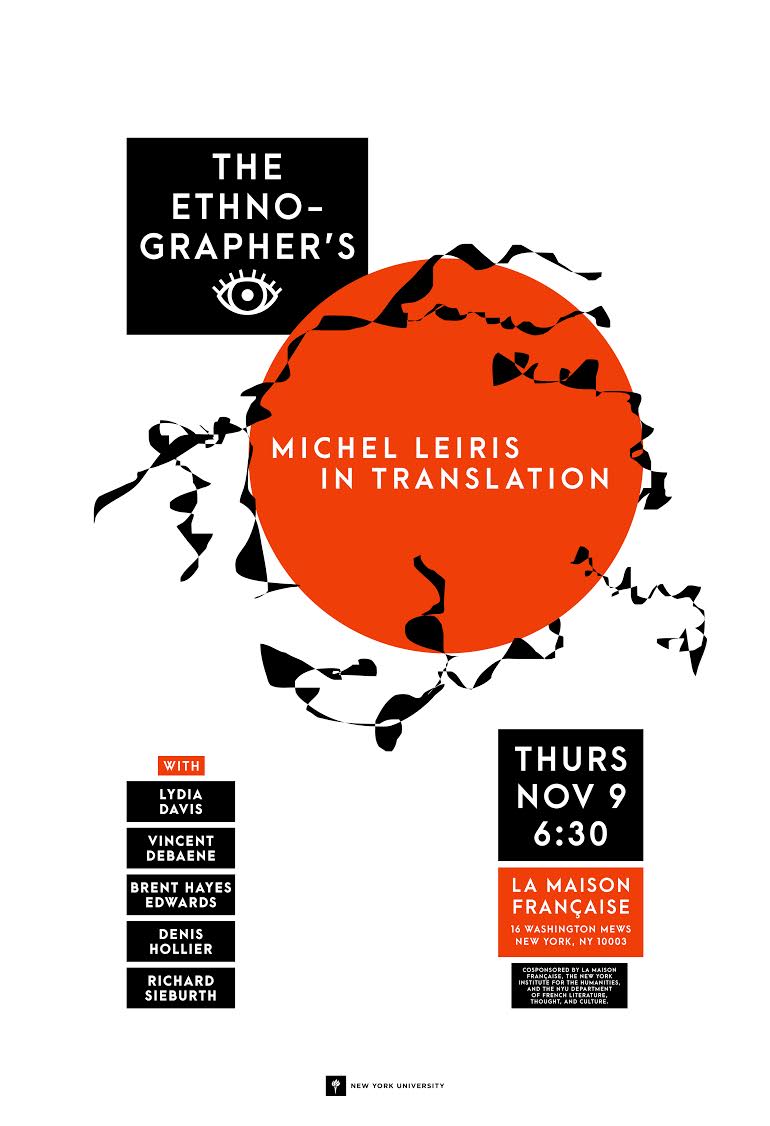