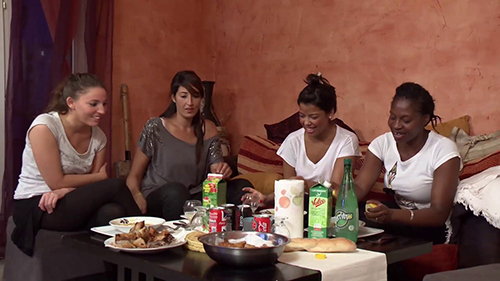 Directed by Fatima Sissani, Les Gracieuses is a group portrait of six young women in their late twenties. The daughters of immigrant parents, they were born in the same building in a poor housing project in the eastern suburbs of Paris and have developed a deep friendship and unbreakable solidarity. They joyfully narrate their experiences of work and spatial relegation; explore their class and race identities; and interrogate the contradictions of French Republican integration.

Followed by a roundtable discussion in English: