A Century of Cello Music from the Conservatoire Américain de Fontainebleau 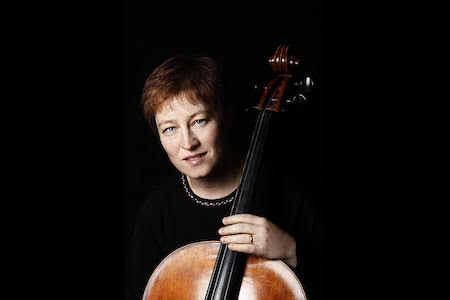 Winner of many competitions in her native Romania, Ms. Ligeti was a finalist in the prestigious Munich Competition in 1992, and won First Grand Prize at the Douai International Cello Competition the same year. In 1996, as a member of the Ligeti String Trio, she won First Prize at the International Chamber Music Competition in Osaka (Japan). Since then, Diana Ligeti has performed as a soloist and chamber musician around the world. Ms Ligeti has recorded for Arion, Leman Classics, the Japan Chamber Music Foundation, Warner, Polymnies and others. Her two most recent CD with the Ensemble “Musique Oblique” was rated with highest honors by the French press. Diana Ligeti is invited for master classes in Europe and Brazil. She is a regular member of “Musique oblique” and “Calliopée” chamber ensembles.

In addition to her performance activities, Diana Ligeti teaches side reading for strings at the Conservatoire National Supérieur de Musique in Paris and cello at the American Art schools in Fontainebleau and at the Rueil-Malmaison Conservatoire à rayonnement regional. She plays a modern cello made by David Ayache (Montpellier, 2001) and a bow by Pierre Grumberger, (Paris, 2010) 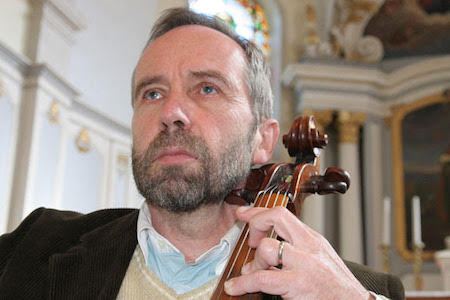 Born in Alsace, Philippe Muller was raised in both the French and German musical traditions of that province. He has kept an open mind to different cultures and pursued a multi-faceted career, performing an extensive repertoire, not only as a soloist, but also as a member of various chamber music ensembles. In 1970, with Jacques Rouvier and Jean-Jacques Kantorow, he founded a piano trio that was particularly appreciated for its dynamism and homogeneity. His seven years working with the Ensemble Intercontemporain, founded in France by Pierre Boulez, gave him a rich understanding of the music of our time.

In 1979 he succeeded his master André Navarra as cello teacher at the Conservatoire de Paris. His more than three decades teaching at the Conservatoire allowed him to train an impressive number of young cellists. Many of them, such as Xavier Phillips and Gautier Capuçon, for example, have gone on to enjoy remarkable individual careers.

Philippe Muller has been invited to give master classes in prestigious institutions around the world, particularly in Kyoto, Japan, where for twenty-two years he has been involved in an academy of french music. Many international festivals invite him regularly. He performs mostly in Europe, but also in Canada, the United States, Latin America, Japan, and Korea.

Mr. Muller’s extensive discography reflects his personality, presenting a range of works from Vivaldi, Beethoven, and Brahms to Fauré, Ravel, Martinu, Malec, and Merlet, not to mention the complete suites of J. S. Bach. 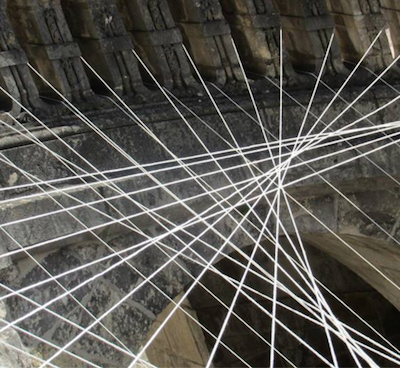