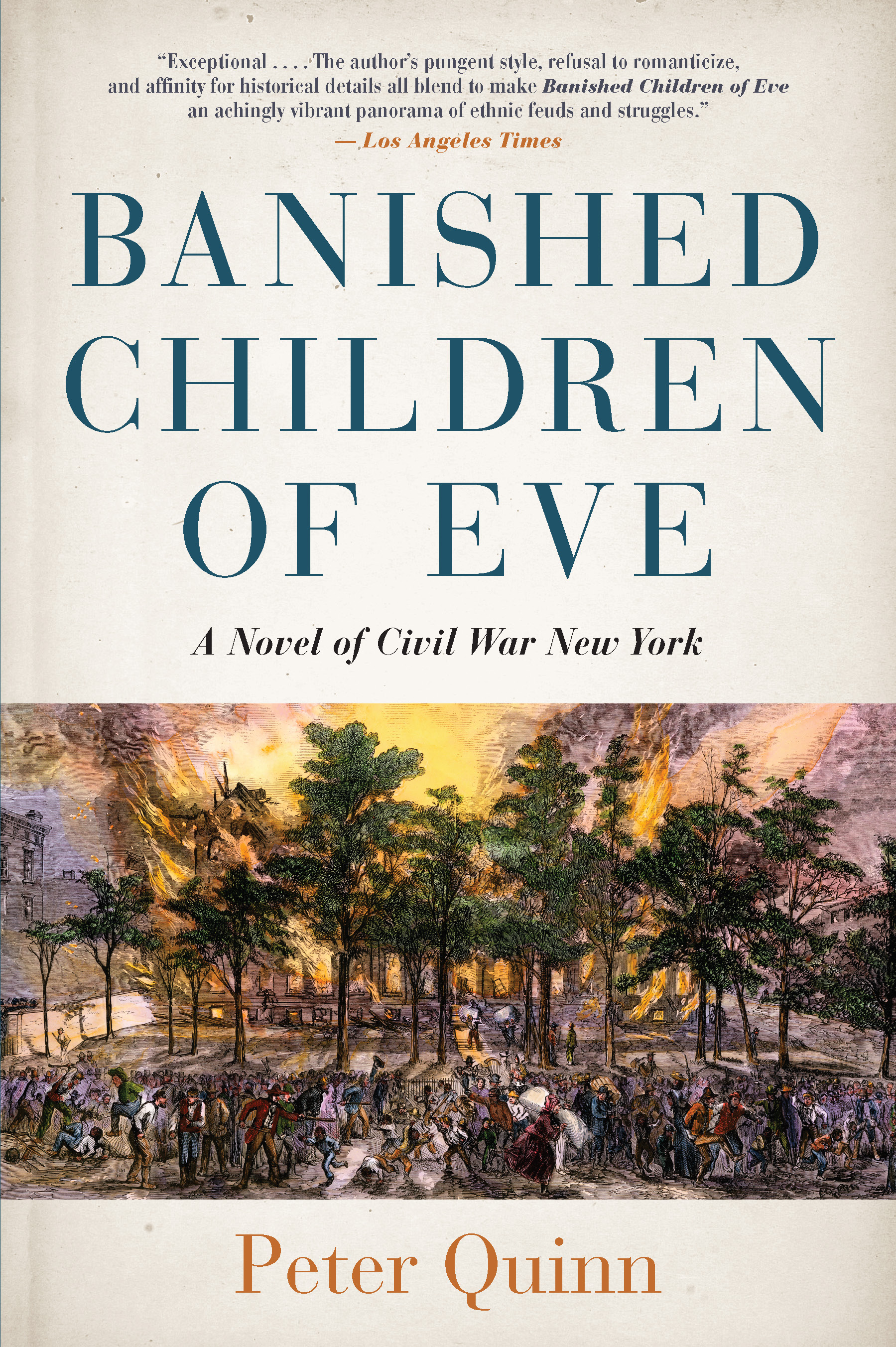 Visit www.fordhampress.com to order the book.  Use discount code EVE30 at checkout to receive a 30% discount.

Banished Children of Eve: A Novel of Civil War New York, originally published in 1995, traces that event as it gripped New York City. The cast is drawn from every strata: a likeable and laconic Irish American hustler, an ambitious and larcenous Yankee stockbroker, an immigrant serving girl, a beautiful and mysterious biracial actress and her white minstrel lover as well as a cluster of real-life characters, including scheming, ever-pompous General George McClellan, fiery, fierce Archbishop Hughes and fast-declining musical genius Stephen Foster. The fates of these characters coalesce in the cataclysm of the Draft Riots, as a pivotal period in the history of New York and the nation is painfully, vividly, magically brought to life.

Peter Quinn is a novelist, political historian, and foremost chronicler of New York City. He is the author of Looking for Jimmy: In Search of Irish America and the trilogy of historical detective novels—Hour of the Cat, The Man Who Never Returned, and Dry Bones. The book is published by Fordham University Press under its Empire State Editions imprint.

Lenwood (Leni) Sloan is well known across the U.S. as a catalytic agent, animator, and facilitator of cultural and heritage programs. His artistic credits include creating the “Art in the Marketplace” programs for the Rouse Corporation in New Orleans, St. Louis, Boston, and Baltimore. In addition, he participated on the artistic team for four national public television documentaries, Treme- Untold Story, Emmy award winning Ethnic Notions, Stephen Foster, and the Emmy award winning Dance Black America. For the past 30 years, he has collaborated with the renowned Mick Moloney presenting programs, concerts and masterclasses on the convergence, contributions, and conflicts of Black and Irish experiences in the United States. Their collaboration has taken the pair from New York to San Francisco and Cuba to Limerick, Ireland.