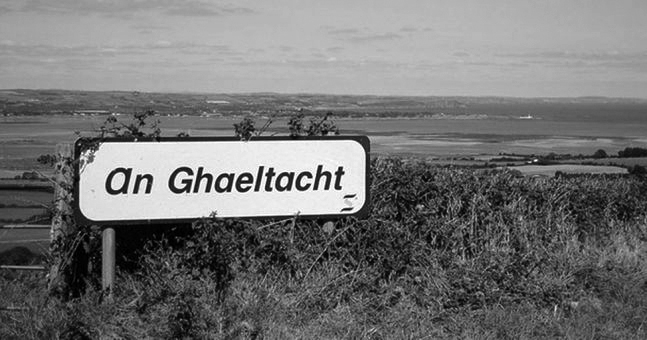 Discover the Irish language in a program designed for learners of all levels, led by Paul Ferris, Hilary Mhic Suibhne, Pádraig Ó Cearúill, and Lorcán Burns

Reserve Tickets
About the Instructors:
Paul Ferris is an alumnus of Glucksman Ireland House's MA Program. He has been an Irish language instructor for NYU's Speaking Freely program and at Drew University in Madison, NJ. Paul studied Irish at An Acadamh in County Galway and Oideas Gael in County Donegal, and is a former member of the executive board of the North American Association of Celtic Language Teachers.

Lorcán Burns has recently graduated from St. Mary's University College Belfast with a PGCE in Irish medium education. He previously completed a Bachelor of Arts degree in Irish at University of Ulster as well as an Master of Arts in Irish Writing and Communication from UCD. Lorcán joins Glucksman Ireland House NYU for the 2017-2018 academic year through the Fulbright Foreign Language Teaching Assistant Program.

Made possible through the support of the Department of Gaeltacht Affairs, the government of the Republic of Ireland, through the National Lottery.