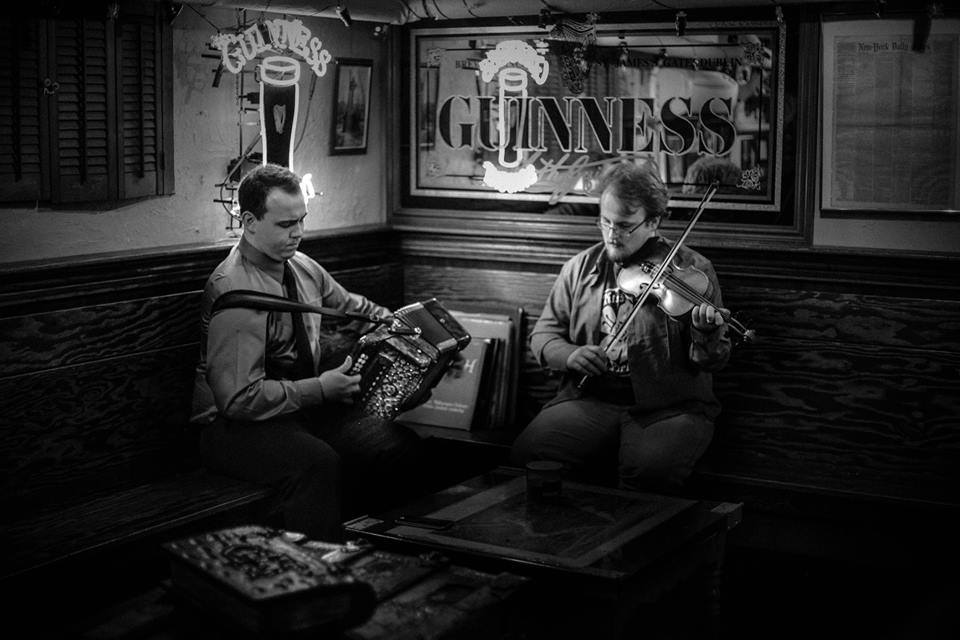 Gene and Séagda (pronounced “Shay”) have played fiddle-and-button accordian duets together for half of their still-young lives. Gene began playing Irish fiddle music in the third grade, studying first with Jo-Elllen Bosson and then with Brian Conway, who schooled him in the intricacies of the Co. Sligo style. His solid technique also reflects the classical training that made him the concertmaster of the Manhattan College Orchestra. Bronx native Séagda Coyle possesses sparkling virtuosity on the two-row button box, something amply demonstrated on his 2017 CD Rip the Bellows. His technical wizardry was acquired via study with local great John Nolan but his creativity and genius for composition are all his own.