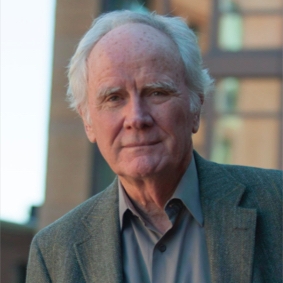 Renowned author, James Carroll, presents, "The Jews, the Irish, and a Challenge to Catholic Anti-Semitism: A Boston Story". The sister of Cardinal Richard Cushing, Archbishop of Boston, was married (outside the Church) to a Jewish fellow named Dick Pearlstein. It was the 1950’s. On the Boston Common, Pearlstein heard the anti-Semitic preaching of Father Leonard Feeney, an ultra-conservative Jesuit. Pearlstein’s reaction opened Cardinal Cushing’s eyes to the long tradition of Christian contempt for Jews. Cushing ultimately excommunicated Feeney, setting in motion the historic Catholic repudiation of anti-Judaism that occurred a decade later at the Second Vatican Council. Cushing elevated experience above doctrine. The implications of this story continue to reverberate, but what Cushing and the Council (and Dick Pearlstein) began is not complete.

Carroll was born in Chicago in 1943, and raised in Washington where his father, an Air Force general, served as the Director of the Defense Intelligence Agency. Carroll attended Georgetown University before entering the seminary to train for the Catholic priesthood. He received BA and MA degrees from St. Paul’s College, the Paulist Fathers’ seminary in Washington, and was ordained to the Catholic priesthood in 1969. Carroll served as Catholic Chaplain at Boston University from 1969 to 1974, then left the priesthood to become a writer.

In 1974 Carroll was Playwright-in-Residence at the Berkshire Theater Festival in Stockbridge, MA. In 1976 he published his first novel, Madonna Red, which was translated into seven languages. Subsequent novels include the New York Times bestsellers Mortal Friends (1978), Family Trade (1982), and Prince of Peace (1984). His novels The City Below (1994) and Secret Father (2003) were named Notable Books of the Year by the New York Times. His novel Warburg in Rome was published in 2014. Carroll’s essays and articles have appeared in The New Yorker, Daedalus, The Daily Beast and other publications. His op-ed page column ran regularly in the Boston Globe from 1992 to 2015.

Carroll’s memoir, An American Requiem: God, My Father, and the War that Came Between Us, received the 1996 National Book Award in nonfiction and other awards. His book Constantine’s Sword: The Church and the Jews: A History, published in 2001, was a New York Times bestseller and was honored as one of the Best Books of 2001 by the Los Angeles Times, the Christian Science Monitor, and others. It was named a Notable Book of the Year by The New York Times, and won the Melcher Book Award, the James Parks Morton Interfaith Award, and National Jewish Book Award in History.

In 2002, Carroll published Toward A New Catholic Church: The Promise of Reform, and, in 2004, Crusade: Chronicles of an Unjust War. In 2006, he published House of War: The Pentagon and the Disastrous Rise of American Power, which the Chicago Tribune called “the first great non-fiction book of the new millennium.” Among its honors is the first PEN-John Kenneth Galbraith award. In 2009, he published Practicing Catholic, advancing Church reform. In 2012, Doubleday published Vatican II: The Essential Documents, translated by Norman Tanner, with introductions by Carroll and Pope Benedict XVI. The December 15, 2013 issue of The New Yorker featured Carroll’s much discussed cover article about Pope Francis, “Who Am I to Judge?”