Rewiring Democracy - Beyond Us and Them 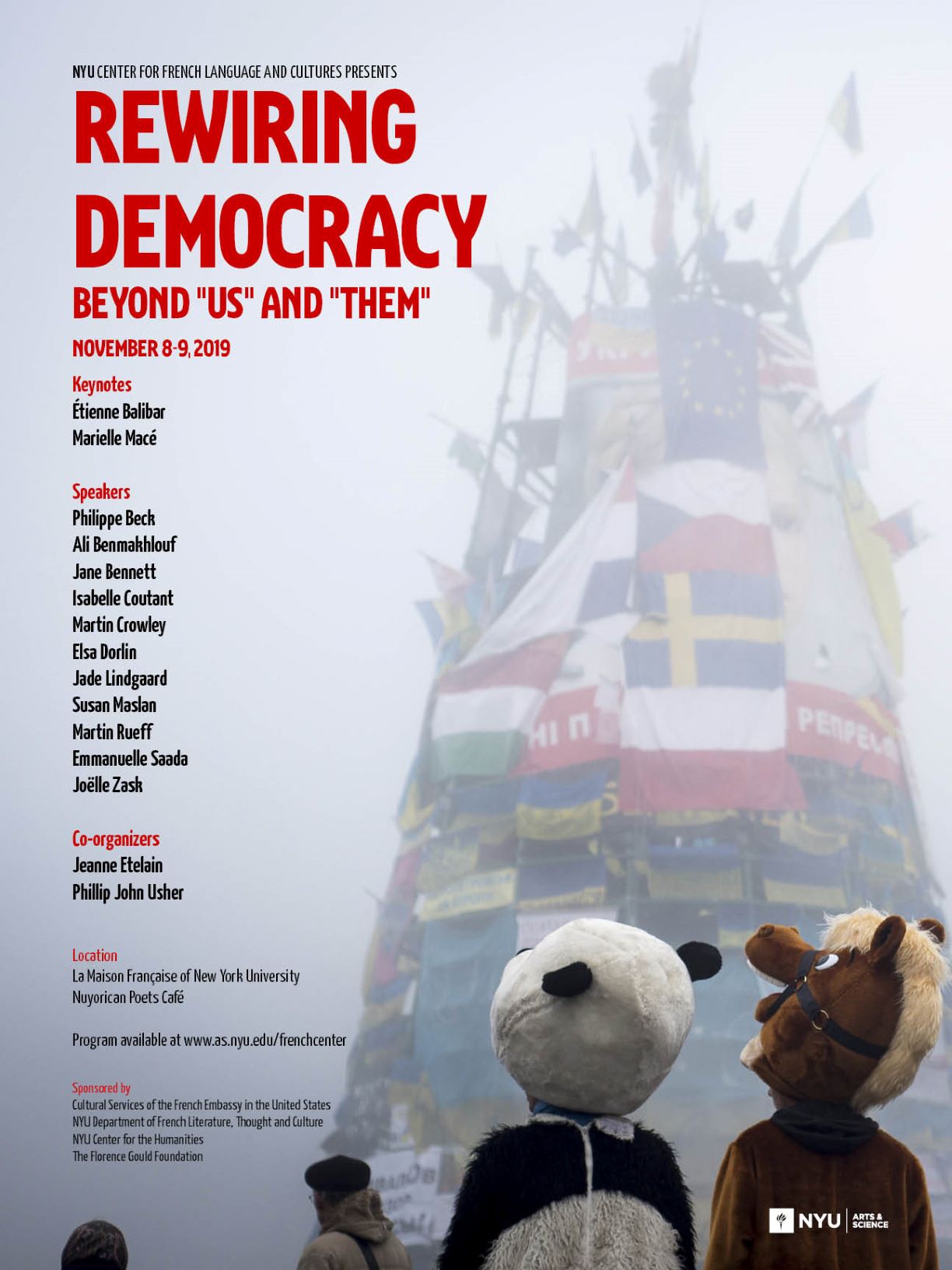 Rewiring Democracy: Beyond "Us" and "Them"

Some possible questions that might guide our thinking over these two days include, but are not limited to:

● What is the genealogy of “we” as a political pronoun?

● Does the “we” precede, coincide, or follow the constitution of a political subject?

● What are other ways of saying and creating collectives?

● Is democracy the appropriate government for all life forms?

This two‐day event on democracy seeks to be itself democratic, i.e. to be as inclusive as possible, to bring together scholars with diverse backgrounds, and to engage a wide audience. All interventions will be free and open to the public, and will also be filmed and made available free‐of‐charge online. The official languages of the conference are English and French.

Susan Maslan - Equality as Emotion: The Grammar of Personhood and the French Revolution

Isabelle Coutant - The migrant crisis at your doorstep

Etienne Balibar - Democracy After Its Decline: Some Hypotheses

Ali Benmakhlouf - The Democracy of Others

A poetry reading and conversation with Philippe Beck and Nicola Marae Allain.

All events but Democracy and Poetry with Philippe Beck and Nicola Marae Allain
will take place at La Maison Française of New York University.

Democracy and Poetry will take place at the Nuyorican Poets Café.

Cultural Services of the French Embassy in the United States

NYU Center for the Humanities