Judith Keller, born in 1985 in Lachen, Switzerland, lives in Zürich. She studied literature in Leipzig and Biel, as well as German as a foreign language in Berlin and Bogotá. After numerous publications of journals and anthologies, her story Wo ist das letzte Haus? (The Last House), for which she was awarded the New German Fiction Prize, was published as an e-book by Matthes & Seitz. Die Fragwürdigen (The Questionable) is her first published book. 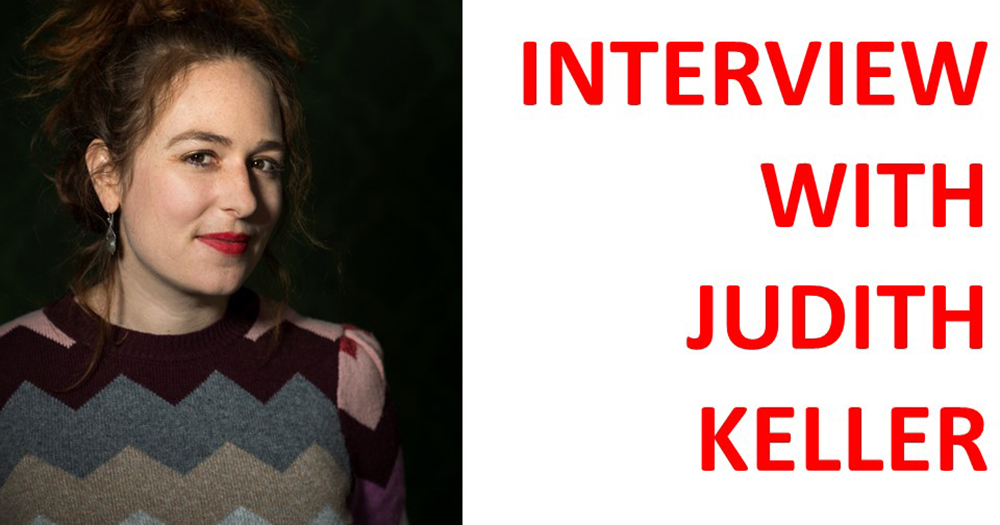 1. How did you start your career as a writer? Have you always enjoyed writing? Who is/are your favorite author(s) and how have they influenced your own style and career?

I started writing as a teenager. In the beginning, I wrote a lot of boring short pieces that I nevertheless found extremely interesting. In fact, I liked them so much that I didn’t even review or correct them. Later on, I started with German studies. But as soon as the newly-founded Swiss Institute of Literature began offering a creative writing program, I went there and was very happy about this possibility. A while later, I moved to Leipzig to study at the well-known German Literature Institute.

To me, some of my favorite and most important authors were Robert Walser, Adelheid Duvanel, Ilse Aichinger, Roberto Bolaño. In particular, Ilse Aichinger inspired me to focus on the specifics of language, on every single word, to use the term “telling” in the sense of “giving the things you tell the freedom to hide themselves from the voice that is telling them.” At the moment, I very much enjoy Bolaño. I adore his fearlessness and his funny - almost comical - way of telling things. Nowadays, I do long for literature that makes me laugh without being superficial. Robert Walser is among the writers to deliver this perfectly. He doesn’t make a distinction between important and non-important things.

2. You studied German as a foreign language in Bogotá, Colombia, and your first book, Wo ist das letzte Haus? (The Last House), for which you received the New German Fiction Prize in 2014, takes place on the streets of Bogotá. Why did you choose to study German in Bogotá? What about the city inspired you to use it as a setting for your novel?

It's true, I started out in Berlin but soon went to Bogotá for an internship at the Universidad Nacional. Being in Colombia, I understood for the first time how capitalism really works, what it really means for the people. Switzerland is so rich that sometimes you don’t really get it. In Bogotá, on the other hand, you can see gated communities for the rich people with the poor people being their employees and working for them and ironically protecting them from their poor neighbors. Furthermore, Bogotá is such a huge city. It made me wonder if there was a last house and I took those little buses to find it. And I can tell you something: there was no last house!

Moreover, the animals in Bogota were very interesting. There were so many dogs, sitting in the streets and observing all day, every day what was going on around them. Sometimes it helps to try and see things through a non-human perspective, so you can see how strange the human world can be.

3. You are a Swiss writer, born in Lachen and living in Zürich, with an educational background, studying German and literature in various cities across Germany – such as Biel, Leipzig, and Berlin – as well as in Bogotá, Colombia. You will also be doing a residency at Deutsches Haus at NYU, here in New York. Do you find that having experiences in different cities and countries and exposure to different cultures influences the way you write? If so, in what ways?

For sure it helped me to leave Switzerland and to see other countries, to experience other societies. I’m not sure, though, if it influences the way I write because I have always been writing in German. Maybe more important is the time away I get on these trips – the time to think, to observe, to make notes, to collect, to not be a part of a structured, everyday life. Maybe, to me, writing is making commonplace things appear strange and new again. Speaking in other languages helps you to reflect on how you see things because the way you see them is based on the language you speak.

4. Your most recent work, Die Fragwürdigen (The Questionable), is a unique collection of prose, with entries comprised of different lengths (some as short as one or two sentences) and different topics. What was your idea behind this project? What ties all these pieces together?

What ties all these pieces together – this is not easy to answer. The German word for “The Questionable” has a double meaning. The adjective „würdig” from “fragwürdig” means “being worth something.” You could say that the people in the stories were worth asking questions, worth listening to. Most of them had found an original but quite thorough way to deal with the reality they live in. One way they do this is by reflecting on several meanings that expressions sometimes have, expressions that we hear every day.

For example: in German, you say, instead of “to hold down a job,” literally “to go after work.” I think this German expression does say a lot about the modern relationship between people and the work they have to do. One story is about a man who “runs after his work” but he can’t keep up. The work is faster, so he loses it. Questioning this strange expression, this man can at least understand that not being able to find work is not entirely his mistake. He can face his reality. How it came to be has so little to do with him.

5. Die Fragwürdigen is divided into sections, which seem to be named after tram and bus stops in Zürich (e.g. Bucheggplatz, Schwert, Micafil, etc.). Why did you choose these subheadings? Did you come up with the subheadings before creating each piece of prose, or did you categorize them after you finished writing the collection? How did you decide which prose belongs under each section?

I categorized them after finishing the book. There was one story about a “far-fetched” woman who is impatient, she is looking for the “high time.” She is maybe the one collecting all the impatience in this world that the other people in the book do not perceive.

I decided to write variations of this story, variations of her looking after this so-called “high time” at different tram stations – very normal places with very strange names. Those names sound quite familiar to us, but if you really think about station names like “Micafil,” you don’t really know what they mean. You could say that I chose the names of these tram stations so that I could pretend to establish a false sense of order, like languages do, even if there is none in reality.

6. Your residency was unfortunately postponed due to the coronavirus crisis, but if you had been able to come to New York, would this have been your first visit? If so, what were your first impressions of the city and what about New York, if anything, do you find inspiring or conducive to ideas as a writer?

Yes…who would have thought that this would happen…not in a book or a movie…and now all these pictures on the news of an empty New York, full hospitals, so many dead…and nobody yet knows how this will change everything. I’m very sorry about all this. And I very much hope that New York and all the other cities will find their way back to normal life in the not-so-distant future.

This would have actually been my second time in New York. The first time around, I was twelve years old. It must have been 1998 and I do remember the rush hour, music in the streets, everything being grand and intense and like a high-resolution reality. At the same time, as a European, New York is a kind of brand for you because you seem to know it so well from pictures, the news, and movies. Sometimes you even doubt if it’s real. So I find it very inspiring that it actually exists! It’s not a made-up city, it’s real! And now with all this…it’s even more real.

7. What do you hope to accomplish during your time as the writer-in-residence here at Deutsches Haus at NYU? If we may ask, what project(s) are you currently working on?

I still want to walk around in the wonderful Big Apple, wander around without a plan, aimlessly like a fish in the water, however New York will be by then. I want to go to readings, to the theater, and so on…if all this will be there again… At the moment, I am collecting sentences for a book with a photographer. I would love to write some of them in New York in English. I want to collect American expressions. And finally, I would like to read some books in English. But I also want to try to finish my novel and a play I am currently working on. I really want to improve my English skills. I am just so very grateful to be able to be there one day in the future. 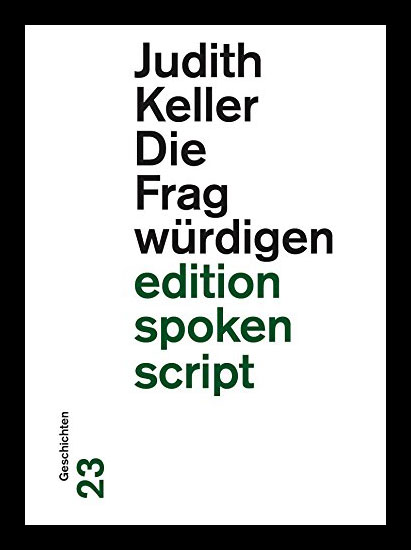