Born in Vienna in 1990, Theodora Bauer studied Philosophy (Bachelor) and Communication Science (Master) at the University of Vienna. Her debut novel Das Fell der Tante Meri (Aunt Meri’s Fur) was published in 2014, followed by her second novel Chikago in 2017, both with Picus Verlag / Vienna. Her plays have been represented by Verlag Schultz & Schirm / Vienna since 2016. Her play papier.waren.pospischil won the first prize at a competition called “Die Freiheit des Lachens” at Salzburg State Theatre (Salzburger Landestheater) in 2017 and premiered there in 2019. In 2018, Theodora Bauer was awarded a prize by the Burgenland Foundation Theodor Kery for Chikago and a scholarship for playwrights by the Austrian Ministry of Culture for a play that she is currently working on. She was nominated for the Alpha Literary Prize 2018 for her second novel. In 2019, she received a literary award from the City of Vienna. Theodora Bauer is co-hosting the show „literaTOUR“ on the Austrian TV station ServusTV.

For information on Theodora Bauer's event on her novel Chikago with the acclaimed Germanist, Eric Jarosinski, please click here. 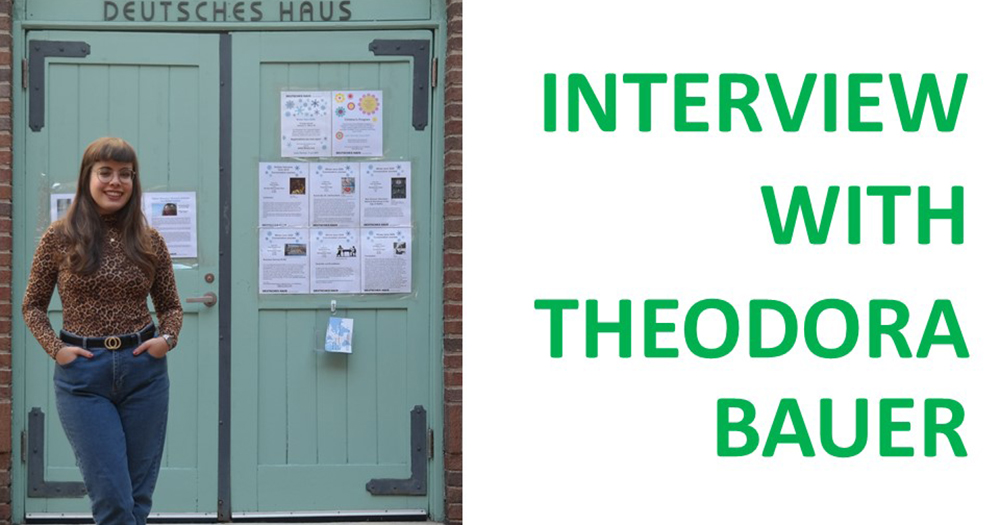 1. Have you visited New York before? What were your first impressions of this city? How does New York differ from Vienna, your home city?

Yes, I have visited New York before – but never like this: Now I have the opportunity to really immerse myself into the city, to take my time getting to know the neighborhoods, and to finally visit areas I wasn’t able to go before because I always used to be on a somewhat tight schedule.

I love how versatile New York is and that it has something very distinct about it – I’ve travelled the States quite a bit and I noticed that some towns look alike to a certain extent, but New York is very different. I think you can really feel the influence of the ocean, that vast space between the old world and the new, in the city – others might call it the European influence, but I call it the sense of space, the knowledge that something ends here and something new begins.

So I said, “New York is different,” right? Guess what – “Wien ist anders,” that’s also the slogan the Viennese City Government has been using for years (I am not sure if they’re still using it, but it has become part of the local Viennese vocabulary by now). On that verdict, the two cities are very similar.

2. Which writers and/or works of literature have impacted your career and how have they shaped your style of writing?

To cite all the influences, or rather the people/works that have given me food for thought over the years would stretch the confines of this interview to the limit, so I’m not even starting. One thing I have to say, though, is that I realized that many of the writers I prize most are playwrights, or playwrights among other things.

3. Where do you find inspiration for your work? Once you have come up with an idea, how do you approach the process of writing? Do you usually know how a story will end when you begin or do you let your thoughts and ideas reach a conclusion as you write?

I don’t know about the inspiration. That is, I do know, but I am afraid it is more common sense than people would imagine. Give yourself time and space to breathe, and the inspiration will come. That requires money and certain resources, of course.

The process of writing is obviously very different from writer to writer, and I would say that there is no universal right or wrong for the process; there’s just an individual right or wrong for your writing. Part of the task of becoming a writer is finding out what works for you, and you need to be ruthless on that and not pay attention to what people think should be right for you or how they think writers should be exercising their craft. The most important thing is to sit down and actually write because if you don’t, all your masterpieces will only exist in theory.

When I’m writing a bigger story, I always know what the end will be because I have the feeling I have to know where I am stretching the story-arc to. When I write shorter texts, I know the general gist of where I want to go; when I write poems, I also write differently.

4. Since 2018, you have been the co-host of “literaTOUR,” an Austrian TV show in which you travel across the country interviewing authors about their works. Although you have just recently started this role, has this experience changed you as a writer? If so, in what ways has this show influenced you in the past year?

The experience that I have been allowed to have as co-host of this show has been amazing and absolutely invaluable. When I am wondering where this past year went and why it passed so quickly, I have to tell myself that I not only finished my academic studies, but also basically learned a whole new job from scratch. I have been given so many opportunities to learn so many different things in doing the show, and I will be forever grateful for that.

I wouldn’t say that this experience has directly changed me as a writer – it has allowed me to learn though, to notice how I’m improving with every show, which has allowed me to grow as a person – and I guess that means I’m growing as a writer too, as is the case with every life experience that you digest one way or another. One thing I have noticed, though, is that I had less time to write last year, but then again, whenever I’m thinking along those lines, I tell myself that I have not been lazy, but have, in fact, been working super hard. It is important to tell that to yourself sometimes, too.

5. Your latest novel Chikago follows three young immigrants who travel from their home along the Austro-Hungarian border to Chicago in the 1920s. What was the inspiration behind this story? Why did you choose this particular period?

I wouldn’t exactly call it the inspiration behind the story, but rather a question that I wanted to attempt to answer. My question was: How did the world fall from one catastrophe into the other so fast? We mustn’t forget that there were only more or less 20 years between World War I and World War II; time must have passed incredibly fast – just think back to 1999, which does not seem all that far away today. In trying to find an answer, I ended up in the 1920s and 30s and at austerity politics, at Wall Street gambling, at political instability, at insecurity about your own identity (so many new countries were created after World War I, so many old ones crumbled). Trying to pour that explosive mixture into a book was really interesting. While some people say that literature can’t give answers or shouldn’t want to do that, I think differently – it shouldn’t give simple answers where simple answers don’t suffice, but it should attempt to explain nonetheless. In my case, the answer to that question was a book.

6. If we may ask, what is your current/next project and what do you hope to achieve during your time here as the writer-in-residence at Deutsches Haus at NYU?

I am beyond happy that I finally get to write again, and while I am also enjoying the city, there are two things that I mainly want to focus on: I want to finish a play that I have been working on, and two other projects, neither of which is a novel, are next in line. I do not want to give away what they will be, though. I’ll start my next novel when I’m back in Austria, seeing as it will need a lot of research, too. 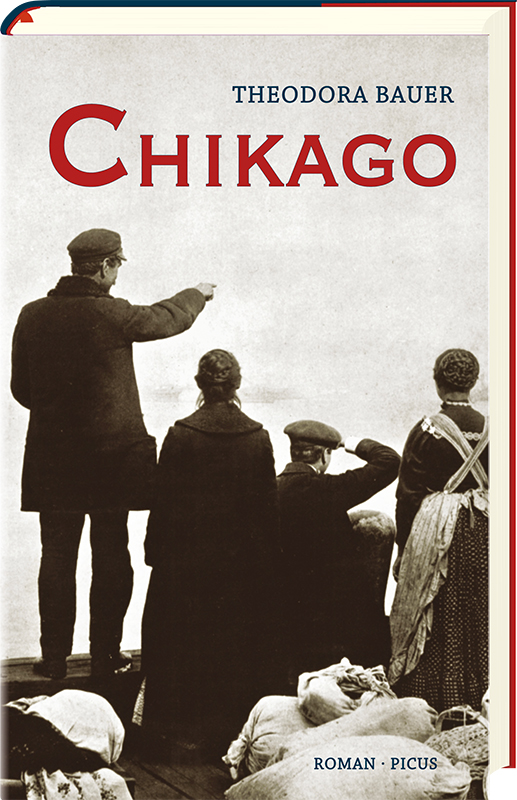