Susanne Rohr is professor of American Studies at Hamburg University, Germany. She received her academic education at the John F. Kennedy Institute of the Free University Berlin and Cornell University, Ithaca, NY. From 1986-1994 Susanne Rohr was a member of the academic faculty at Stanford University, Study Center Berlin. As of October 2006 Susanne Rohr is full professor of American literature and culture and chair of American Studies at Hamburg University. She is the author of Comedy – Avant-Garde – Scandal: Remembering the Holocaust after the End of History, (2010) (together with Andrew S. Gross); Die Wahrheit der Täuschung: Wirklichkeitskonstitution im amerikanischen Roman 1889-1989, (2004) [True Deception: Reality Constitution in the American Novel 1889-1989]; and Über die Schönheit des Findens. Die Binnenstruktur menschlichen Verstehens nach Charles S. Peirce: Abduktionslogik und Kreativität, 1993 [On the Beauty of Discovery. The Internal Structure of Human Understanding According to Charles S. Peirce: Creativity and Logic of Abduction]. Susanne Rohr has also published numerous essays in the fields of literary and cultural theory, semiotics, American pragmatism, epistemology, and on a broad range of topics in American literature of the 19th and 20th centuries. She teaches a wide range of courses on American literature and culture. In 2006 she was awarded the “Outstanding teacher award 2005-06” from the J. F. Kennedy Institute, Berlin (determined by student vote). Susanne also received the Goethe-Prize 1984 from Cornell University for an essay on Irmtraud Morgner’s The Life and Adventures of Trobadora Beatrice as Chronicled by Her Minstrel Laura: A Novel in Thirteen Books and Seven Intermezzos.

For information on Susanne Rohr's talk "Subversion and Sentiment: On the Perils of Concentration Camp Comedy," please click here. 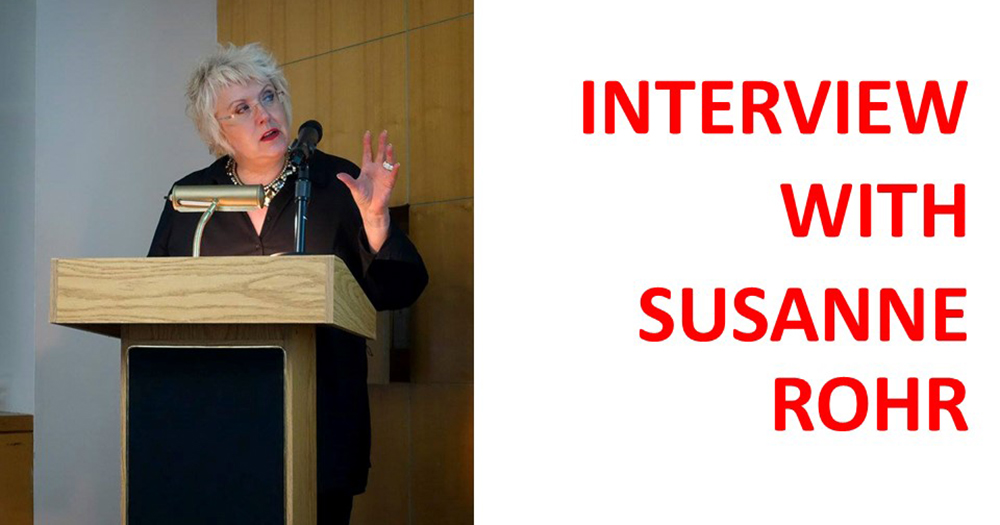 1. You are Deutsches Haus at NYU’s DAAD Visiting Scholar for 4 months this fall. What is your experience of the visiting scholarship? Is it a productive time for you and are you able to advance your research at New York University?

What can I say – I just love it! Similarly to my previous stays at NYU, I admire the excellent quality of the research that is being done here and the stimulating academic exchange, both of which are a genuine source of inspiration for me. I feel that my own research profits enormously from my stay at NYU, and I am grateful for the wonderful support I receive from the staff at Deutsches Haus, at Bobst Library, and from many others. Speaking of Bobst: I wrote large parts of my second qualifying book, the so-called “Habilitation,” at Bobst Library, so working there feels very much like a homecoming which I enjoy very much.

2. When were you in New York for the first time? What were your impressions then?

That was in 1983, during my time as a graduate student at Cornell University. A fellow student, whose parents lived in New York, invited me over for Thanksgiving, and this proved to be a unique experience. Not only was this the first time I ever took part in the cultural practices surrounding this holiday in the U.S., I was also completely overwhelmed by the intense urban experience. Truth be told, it was a very different New York I encountered then, and I cannot say that I felt comfortable at all times. Manhattan was much more, what should I say, run down. It was dirty and noisy and I remember many dilapidated areas in the East Village and the Lower East Side. Still, I was also very much electrified by the underground scene in the early 1980s, and although I lived in Berlin at the time (which was and still is as exciting as it gets in Germany) I felt very provincial by comparison. Today’s Manhattan is certainly much more gentrified and streamlined.

3. How do you experience New York today? What has changed since your first trip?

As I just mentioned, many areas in Manhattan appear much more gentrified and well groomed these days. In the early 1980s I think I would have felt uncomfortable walking through Central Park at night, today I would do it. At the same time, I am under the impression that the emphasis on consumption is much stronger now than it was then, although it was also the age of the yuppies. I do not enjoy shopping now as much as I did then, it is just too much. And there are way too many tourists in Midtown. And speaking about too much and too many: what has dramatically changed is the culture of communication or lack thereof. It is a trite observation these days, but the solitary exchange between human being and electronic gadget is very disturbing to me. While we witness the same phenomenon in Germany, it is much more pronounced here: all those people walking around with headphones on, occupying Starbucks tables, operating their smartphones all the time, but not talking with one another.

4. What is your experience at Deutsches Haus at NYU?

I think Deutsches Haus is a phenomenal representative of German culture and language in New York, and I congratulate all the people involved – particularly Juliane Camfield, the director – on working so effectively and putting together such a stimulating and interesting educational and cultural program. In the four weeks or so that I have been here I have seen and enjoyed many exciting events, from film screenings to panel discussions to lectures or concerts. What a great program! Also, I personally felt very welcome and have received continuous support from the friendly staff, for which I am extremely grateful. I want to thank Deutsches Haus wholeheartedly for granting me the privilege of being a DAAD Visiting Scholar.

5. You will discuss the specific powers of representation in concentration camp comedy in film in your talk at Deutsches Haus. Can you tell us a little bit how the genre of comedy can be connected to the Holocaust?

There have always been attempts to deal with the Third Reich in a humorous and satirical way – think of Charlie Chaplin’s movie The Great Dictator (1940) – but to represent the Holocaust within the genre of comedy has for a long time been deemed inappropriate and taboo. In the 1990s, however, this situation changed. Along with all kinds of “scandalous” works in the visual arts, the first concentration camp comedies were produced in literature and film. My thesis is that this calculated affront against accepted standards of representation provokes viewers to remember, thus the predictable scandal, I would argue, serves an important commemorative function. To put it differently: contemporary culture has set itself the task of remembering, and the avant-garde strategies of targeted transgression that once promised to “make it new” have become commonplaces, integral to artistic, literary, and filmic acts of commemoration. Roberto Benigni’s 1997 film Life Is Beautiful is a good example of the emerging relation between provocation and public memory. A comedy about a concentration camp? You may remember that it initially provoked the kind of skepticism and outrage I was just talking about.

6. How does Radu Mihaileanu’s film comedy Train de Vie (1998) [Train of Life] engage with both comedy and the Holocaust? Why do you use this film as an example in your talk?

In my view, Train of Life is a much more thought-through comedy when you compare it to Life Is Beautiful and it displays much more effective narrative and aesthetic strategies. But I don’t want to give my argument away – come to my upcoming talk!

7. What are you currently working on? And what are your plans for the future? Do you plan to return to the United States?

While I am here at NYU I have to finish two publications that in a moment of weakness I had promised as contributions to two edited volumes. One is about Vladimir Nabokov’s great novel Lolita, the other deals with literary Holocaust comedies. My larger research project these days concerns itself with representations of madness in the U.S. Or, more precisely, I explore how madness is presently depicted in American culture, and what these representations can tell us about the present conceptualization of mental illness in the U.S. I very much hope that I will be able to return to the United States. Not only do I enjoy being in the States a lot, I feel that as an American Studies professor I need to be in the U.S. on a regular basis in order to know what I am teaching back in Germany. 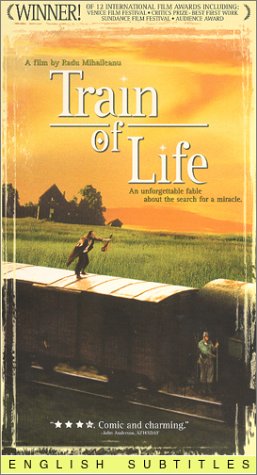