The first exhibition in 2009 was conceived as a “Teacher & Staff Summer Show” and since then Silvelin von Scanzoni and I have taken part. Together with Katrin Roos I curated the show in 2010, and we were looking for artist friends of ours who could make contributions to our exhibition. Until 2016 she contributed her own works to the exhibition as well. In the last two years, Maila Akerberg joined us for the process of looking for artists. Some of them, like Kay Hines and Alexander Hahn, have taken part in the annual exhibitions several times. I always make sure that the artworks go well together, complement each other, or even contrast one another. I asked friends of mine to take part in the exhibition as well as artists that I don’t know very well but whose art I’m interested in.

2. The exhibition contains works of various mediums such as paint, pencil, video, and photography. How do you think these different mediums lend themselves to the theme of the exhibition?

Different mediums make an exhibition richer, especially with such a broad theme this year (as was the case last year, by the way). I love the interaction between video, photo, paintings, and drawings. These different mediums often lead to surprising combinations of color and form. This year, for example, there is a correspondence of the color blue in “The Blue Woman” by Claire Gilliam and “Variations in Blue” by Silvelin von Scanzoni, which hang across from each other. The shapes and ideas that interact with each other in Jeannine Guidi’s photos and Kay Hines’s video are revisited in Sokhi Wagner’s photos. Additionally, the subject is of the body is visualized in various works employing different photographic techniques. Claire Gilliam does so in an abstract way, while Ursula Scherrer does so in a more realistic fashion that is nonetheless alienated by the text. The videos are dynamic and bring portraits to life. They connect forms and figures in a dreamlike way while the photos show snapshots of a certain moment within the temporal continuum.

3. The exhibition portrays the variation, transformation, and adoration of color, people, and place. How do you feel these different subjects relate to each other and tell a story when viewing the exhibition?

Variation is something that is generally part of the process of creation in art. A work of art emerges out of variation, often after years of struggling to find the “right” form. All of the presented pieces show aspects of this process, such as “The Blue Woman” by Claire Gilliam. To go from photos of bodies to these blue pictures is, first, a variation of the underlying photographs, then a transformation through the stencils and the special printing technique. Pure transformation is also visible in the two photos “Yes, but does it fly?,” in which Terry Berkowitz shows her transformation into a ‘feather-human’ or ‘human-bird.’

All the exhibited works tell stories. In Kay Hines’s video, scenes of Lisbon, buildings, animals, pictures, and works by Hieronymus Bosch join together. Through combination and animation, stories begin to develop, hence the title, “Thanksgiving in Lisbon (or A Tale of the Sex Balloon and the Cephalopod).” Jeannine Guidi’s pictures show forms and colors that tell a story in a similar way: the leaf that evolves into a butterfly wing or the ear that is attached to a tree. In both, we see the human being connected with nature. Sokhi Wagner takes snapshots from films and lets these interact with each other. Out of this variation arises a transformation brought about through the mysterious hand. Ursula Scherrer’s body pictures, showing segments and variations of her body, are also transformations that emerge out of the text laid over them. This combination in addition to the use of thin Japanese paper invite adoration for the wonder of the human body. Similarly, the portraits of the women from Western Sahara, with their impressive glances, charisma, and dignity, express an admiration for these women.

4. Some pieces deal specifically with the passage of time, such as your piece entitled "Morning Views.” How do you feel time affects variation, transformation, and adoration?

Photography is a way of capturing changes over time. Not the transformation itself, but the outcome. “Morning Views” gives new meaning to mundane and incidental things that you wouldn’t normally consciously perceive: the weather, light, and colors that change over time. The view changes as well, not only through the different segments, but also because of new buildings, etc. Here, adoration is the “work’’ of the viewer, who admires the endless variation of morning moods and, with that, nature in general. Usually when we think about time, we think about a linear continuum that constantly shifts between future, present, and past. Maybe we are situated in a cyclical, rather than linear, temporal continuum.

This pictures has its origins in the work I was doing on “Morning Views’’ and shows a detail of the curtain which can be seen in all the other photos. What appears, depending on the weather conditions, to be orange or red is perceived at this level of detail as an abstraction of different hues.

6. We know that photography is your medium of choice. When you started making art, did you explore using other mediums or did you begin with photography?

I started out with sculpture, photography only came later. The (physical) effort with stone matched my wish to express and to create with my own hands. It’s unique to experience what can come out of stone and to find the appropriate way of doing this. When I first came to New York I took classes in stone carving, which unfortunately are no longer offered, with Barbara Segal at the School of Visual Arts. Simultaneously, I started to explore this foreign city which got me more and more into photography. It helped me to see things in a different way, to look more closely, to find patterns, and to find details in big things (which there are many of in New York). I love everything with a serial nature—patterns and repetitions—but also the small details, the inconspicuous, like the daily view out of your window, the small moss which grows on a wall covered in graffiti, the faded billboards for businesses and bars that no longer exist. 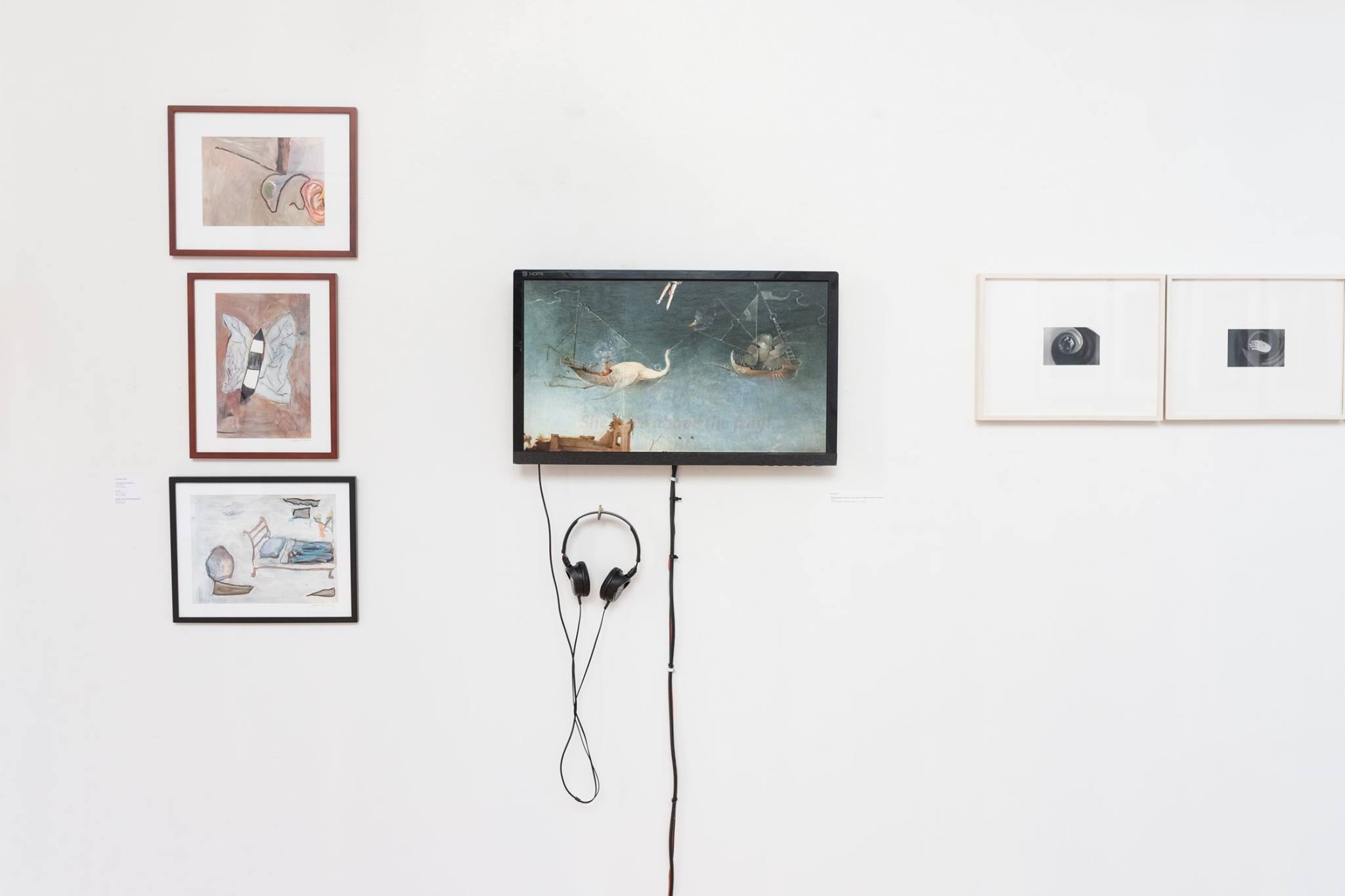