Nina Bußmann was born in Frankfurt am Main, Germany and currently lives in Berlin. Her works incorporate prose, essays and collaborative projects with visual and performance artists. She gained recognition through her first two novels, Große Ferien, which was published in 2012, and Der Mantel der Erde ist heiß und teilweise geschmolzen, published in 2017. Recently she was honored with the Robert-Gernhardt-Preis for the work on her ongoing project, the novel Dickicht, which will be released in the spring of 2020.

For information on Nina Bußmann's event on her novel Earth's Mantle is Hot and Partially Molten with acclaimed Germanist and writer Eric Jaronsinski, please click here.

1. Is this your first stay in New York City? What are/were your first impressions of the city, and has anything about New York surprised you?

I have been here before, in 2014, and even then, it did not feel like the first time. Most visitors probably share this uncanny feeling of having been here before. Back then, I stayed in Brooklyn. Of my Manhattan visits, I mostly remember glossy surfaces, gentrified neighborhoods, etc., so this time, I was struck by how visible social disparity is, all over the place.

2. How does New York differ from Berlin - the city you call home?

In Berlin, the cost of living is still lower and (maybe as a result) the general pace is slower. And you won’t encounter as many psychics and palm-readers.

3. You have lived and worked in various countries around the world, e.g. Poland and Nicaragua. How have these places inspired and informed your literary work? Where else do you draw inspiration for your writing from?

Encounters with the foreign can be unsettling and refreshing, both of which is good for writing. But then, I can have such encounters in my hometown, too, by talking to or even by reading about someone who has a different background.

I still think of inspiration as something indispensable, ephemeral. All I can do is allow time and space, stay perceptive.

4. In your novels you send your readers on a journey to put together the puzzle pieces of the different writing styles and genres that comprise your text. How would you describe your writing process? What comes first, structure or content?

Structure, content, I can never disentangle the two! In one of my favorite essays, Why I write, Joan Didion describes how she assembled various pictures and images, newspaper clips, etc., in preparation for her novel A Book of Common Prayer. But it was one single image – one partly made up by her memory – that made a character emerge, and from there, a set of questions that she did not know how to answer. I like this intuitive approach, this confidence in the unknown.

5. Nature plays a very important role in your work, especially in Große Ferien. In contrast, your latest project, Dickicht, seems more anchored in urban structures. How important is the environment and atmosphere in your literary works?

Große Ferien’s protagonist spends the entire novel in his front yard and driveway, weeding and lawn-manicuring, striving to design something flawless: a highly-artificial, man-made environment. In my second novel, a young scientist sets out to do research on tectonics, the fault lines below our feet responsible for natural disasters. Disasters, I learned, are by no means purely natural. We call them disasters only when they affect human civilization. Dickicht is largely set in the urban periphery: overgrown construction sites, a cityscape affected by climate crisis. I would not even say I’m interested in the fuzzy zones where nature and culture overlap. I don’t think of them as two entities.

6. Which authors do you love to read and what was the last text you read that had a lasting impact on you?

7. Both your novels deal with the theme of disappearance. Especially in Große Ferien, the protagonist Schramm finds in his home and garden a meaningful place for his retreat. Do you also seek out spaces that allow you to “disappear”?

I find myself returning to that theme in my writing. Maybe simply because writing itself requires withdrawal. Probably, there is an obsession of some sort, something both tempting and frightening – an obscure fascination that I’d rather not analyze. But then again, sometimes I think my characters just need a break, like a lot of people.

8. You write essays, novels, texts in cooperation with other artists, make podcasts, and much more. Which type of media and which genre do you currently enjoy working with the most?

I have never made a podcast, just some short audio-pieces that became part of an art installation. Generally, I like working on long projects growing and taking unexpected turns over a period of time. What fascinates me the most about the novel is its broadness and openness. It can incorporate virtually anything. But I might start writing a long radio play sometime soon. It will be an unfamiliar territory, and I’m excited about it. 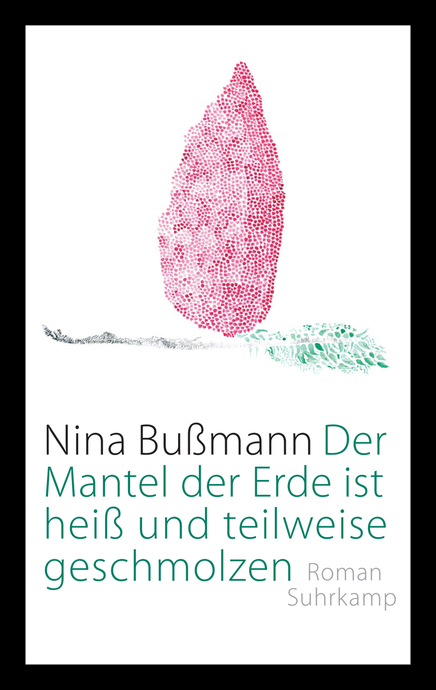