Monique Schwitter was born in Zurich and now lives and works in Hamburg. Between 1993 and 1997, she studied acting and directing at the Mozarteum University of Dramatic Arts in Salzburg and went on to perform in Zurich, Frankfurt, Graz, and Hamburg. In 2005, she published her first volume of short stories, Wenn’s schneit beim Krokodil (When It Snows at the Crocodile’s), for which she was awarded the 2006 Robert Walser Prize for the best literary debut of the year. In 2008, she published her novel Ohren haben keine Lider (Ears Have No Lids) and in 2011 Goldfischgedächtnis (Goldfish Memory), a collection of short stories. Eins im Andern (One Another) was shortlisted for the German Book Prize and won the 2015 Swiss Book Prize and a 2016 Swiss Literature Prize. Monique Schwitter is a member of the German PEN Center and was the writer-in-residence at Deutsches Haus at NYU in July 2018. 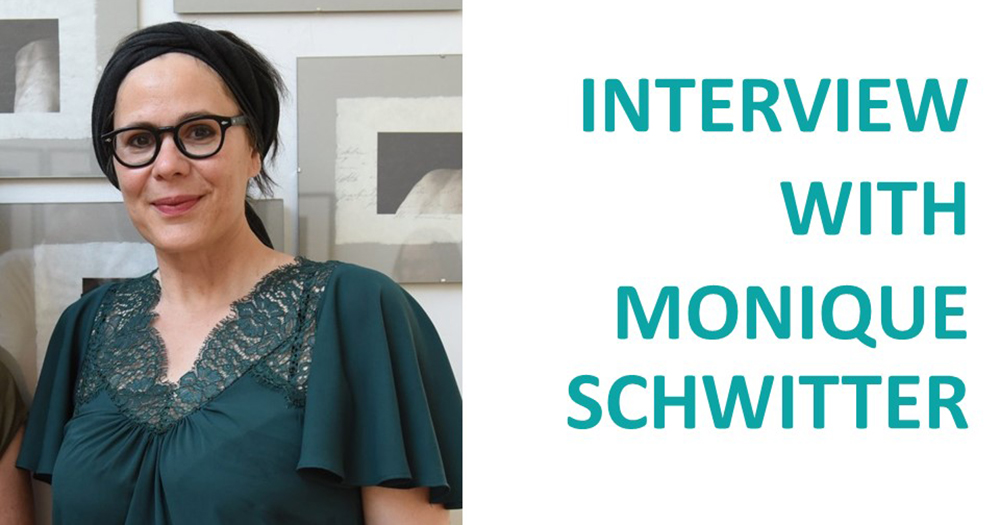 1. Your life and career has spanned the German-speaking world. You were born in Zurich, Switzerland, studied in Salzburg, Austria, and currently live in Hamburg, Germany. Was your transition between these countries seamless or did you notice strong cultural differences between them that required adjusting?

I feel very fortunate that I was able to live and work throughout the German-speaking part of Europe. Of course, I was interested in linguistic differences, any peculiarities and similarities. I collected and hoarded German in all its facets: Starting from the center, from south to north, from west to east. With each new region the vocabulary grew richer, and it has always been the linguistical differences in which cultural and mental particularities express themselves, and which stimulate reflection on language and society.

2. Prior to becoming a writer, you were an actor for many years in Switzerland, Germany, and Austria. It wasn’t until 2005 that your first literary work (Wenn’s schneit beim Krokodil), was published. What led you to transition from acting to writing? In what ways has your writing been influenced by your experience as an actor?

It may seem like theater made me want to be a writer, but that’s not true. I was into writing long before I studied theater. At first I studied German studies and history, but then I felt that theater was more productive for me, for writing. I then studied theater directing: the transient, the permanent change. relations and power relations on a large and small scale, on a social and private level and how they can be examined in the best possible way. Shakespeare! He shows that the the highest and the lowest, the beautiful and the terrible, the tragic and the comic are very close to each other.

3. Your most recent novel, One Another (Eins im Andern), was awarded the Swiss Literature Prize in 2016. Can you tell us about the premise of this novel and your inspiration for writing it?

I am always pursued by topics, it takes a good while before I recognize them though. Then I really have no choice: I have to write the book. That’s how it was with Eins im Anderen. The topic, as it turned out, was love. For years I collected love stories and circled the topic in search of its form. The longer I worked on it, the more diverse the topic became. I had a large pool of stories and manifestations and wanted to portray them. For a while I thought of 12x12 stories, 12 chapters, each producing 12 stories, so “144 times love”. At the same time, I wanted to write about love on different levels, on a real and a fictional level, while studying the relationship between life and writing. So it came to the setting that the protagonist tries to save her own relationship by writing a book about love. I was guided by a line by Wilhelm Müller from Schubert’s Winterreise: “Love loves wandering, God has made it this way, from one to the other (fine love good night).” This quote also contains the theme of wandering, walking, that forms in my book, so to speak, the uncertain reason.

4. One of the central aspects of the novel seems to be reliving memories. Do you have different approaches to writing about characters in the present and when you’re writing about their memories?

Whether human or a character, we are the sum of our experiences and memories. The memories are the legs we stand on, they are the eyes we see with, they are the hearts that beat the rhythm, and the brains that sing the melody to it.

5. The cover of your novel, Eins im Andern contains many contradictions. Who decided to use that image as the cover of the novel, and what was the reasoning behind it?

The idea was to depict the lightness and weight of the book, the joke and the breaking, the willfulness and the different pitches. The whole book is full of allusions, the cover already provides an indication. It also plays in the concept of the 12 apostles - but in this case the center is not Jesus, but Maria. She looks directly at the viewer with foreign, modern eyes: it is a montage, and also it is an invitation. “For you from me”, it says in the dedication.  "You" referring to the other, the opposite, or even the reader.

6. Can you tell us about how you’ve worked with Tess Lewis, the translator of One Another, with whom you appeared at Deutsches Haus at NYU on July 9th? Is your writing style difficult to translate into English and, if so, how did you and Tess Lewis overcome these challenges?

I got to know and appreciate Tess Lewis at Festival Neue Literatur in 2015 and am very happy that she has translated my book. I think she has a good sense for the different levels and pitches of the book, and an ear for the nuances and echoes. It was partly difficult to reproduce the groping sentences, which meander almost in the original. But I think Tess Lewis has managed a very good transmission.

7. You’re currently in New York as the writer-in-residence at Deutsches Haus at NYU. How do you plan on spending your time in New York? Will you be working on a new novel or book? Aside from your artistic endeavors, is there anything in particular you want to see while you’re here?

The last time I was in New York was pretty influential. Back then, encouraged by the enriching conversations about love - the theme of the festival was “Love and Money” - I decided to publish Eins im Anderen (it has been sitting in the drawer for a while). I’m pretty sure that this stay will make a difference as well, and most definitely leave its mark. I’m terribly curious by nature and I’m interested in just about everything. It will be a great challenge to resist this city a little to work as well. On the other hand, you do not just write at the desk. The best things happen elsewhere, often outside, and guaranteed at a time when you expect it the least. I have some shorter texts with me that I want to finish. But most of all, I am working on my next novel which should be published in a year from now in the fall of 2019. 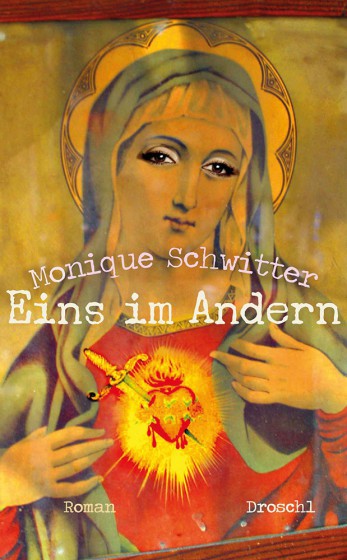